Practical management approaches and tracking resistance trends are the name of the game. 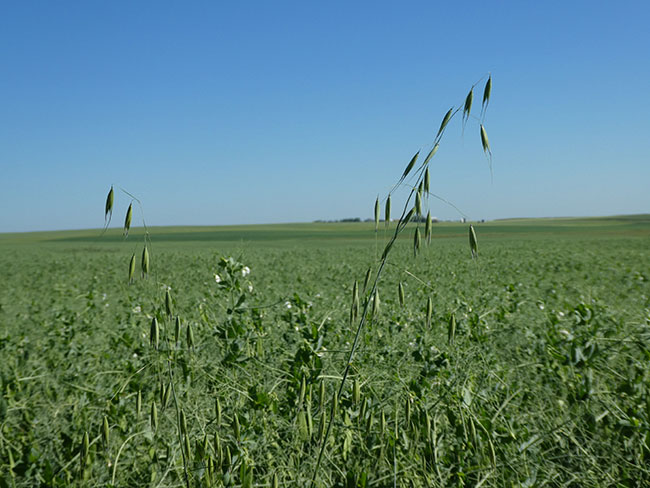 Canadian growers should be concerned about glyphosate-resistant wild oat. Photo by Bruce Barker.

Canada and Australia rank third and second globally when it comes to herbicide resistant weed cases. Hugh Beckie, director of the Australian Herbicide Resistance Initiative (AHRI) and professor of weed science at the University of Western Australia, discussed the similarities and differences in herbicide resistance between the two countries at the Top Crop Summit, Feb 23-24, 2021. He previously spent 26 years as a weed scientist with Agriculture and Agri-Food Canada in Saskatoon.

The Grains Research and Development Corporation, a federal Australian organization that funds research into crop and weed science, including herbicide resistance, established AHRI in 1998. AHRI is hosted at the University of Western Australia and has a 20-person multi-disciplinary team renowned for world-class research, development and extension in herbicide resistance.

Research conducted at AHRI ranges from the fundamental to the practical. One aspect of fundamental research, for example, is identifying genes that are responsible for herbicide resistance. Practical approaches focus on mitigating resistant weeds and providing solutions to growers to manage existing problems or avoid future problems.

In Western Australia, the most economically damaging herbicide-resistant weed is annual ryegrass, causing losses up to $100 million annually. Wild radish is the most important resistant broadleaf weed. It is very competitive, and is related to wild mustard in Canada. Both annual ryegrass and wild radish have widespread resistance to multiple modes of action.

An emerging issue for Australian farmers is the incidence of glyphosate resistance in  weed populations. It is very low in the largest grain producing state of Western Australia, found in less than 10 per cent of fields. However, glyphosate resistance is becoming a problem in eastern Australia, particularly in New South Wales and Queensland, in annual sow thistle – a weed also commonly found in Canada.

Glyphosate-resistant wild oat has been confirmed in New South Wales and Queensland. Western Canadian growers should remain aware of the possibility of glyphosate resistant wild oat populations developing in their fields. They should look for signs of decreasing wild oat tolerance to glyphosate.

In Australia, public and private partnerships have made a concerted effort to raise awareness of herbicide resistance and its management with consistent messaging.  The partnership is called WeedSmart and is headquartered at AHRI and the University of Western Australia. 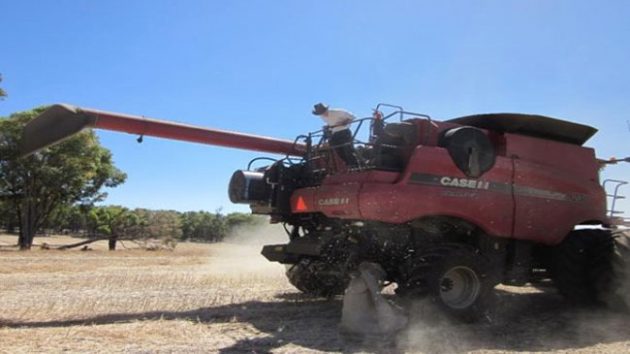 ABOVE: Australian growers have widely adapted HWSC to manage the weed seedbank.

The main differences between Australia and Canada are that Australian growers use double knock burndown applications, narrow row spacing, east/west seeding and a high adoption of HWSC. Australian growers also rely more heavily on pre-emergent soil residual herbicides because many post-emergent herbicides are ineffective due to widespread herbicide resistance.

Australian growers have been successful in managing herbicide resistant weed populations, and have been able to do it while still making money. They are generally optimistic because of the current and future introduction of new modes of action, which remains the most important weed control tool. The value of HWSC has been proven, even though it isn’t effective on all weeds.

The continuous improvement of crop varieties in terms of yield and weed competition is also reason for optimism. In 2025, wheat breeders in Australia will be introducing weed competitive genotypes bred to outcompete weeds.

Canadian growers, in particular western Canadian growers, should be optimistic that they can also profitably manage herbicide-resistant weeds. There is a need for public/private partnerships for research, development and extension. Consistent extension messaging from all stakeholders is important. Communicating grower experiences (testimonials) has been very impactful, whether it is one-on-one discussions, keynote presentations, or on social media.