Exploring the history of herbicide resistance in Ontario and recent developments for solutions. 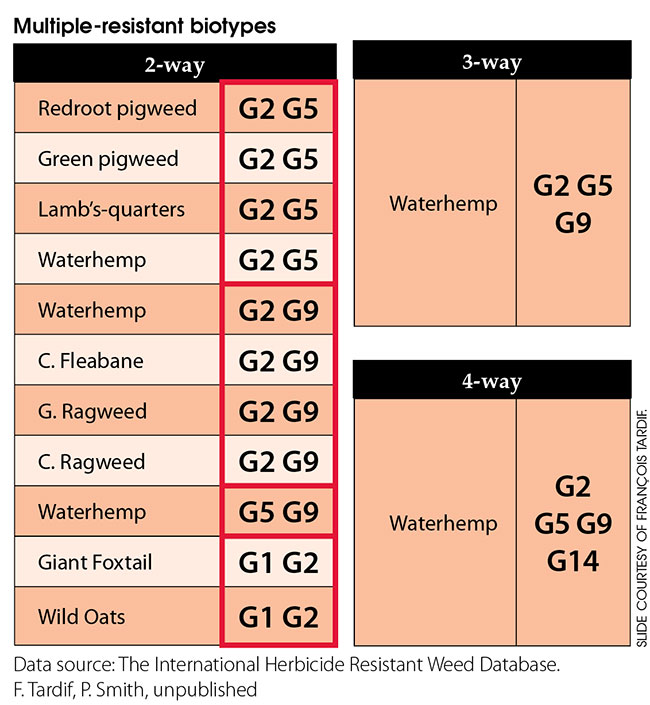 Herbicide resistance is evolving in Ontario. François Tardif, professor of plant agriculture at the University of Guelph, discussed how herbicide resistance develops and best practices to manage it at the Top Crop Summit, Feb 23-24, 2021.

In Canada, 119 resistant biotypes have been identified in 38 weed species and to 10 different herbicide groups.

The challenge for farmers is to find an increasing diversity of weed control methods while addressing the need for soil conservation, time management and profitability. When applying herbicides, the use of effective mixtures with different modes of action is necessary – but make sure you aren’t over-relying on herbicides. 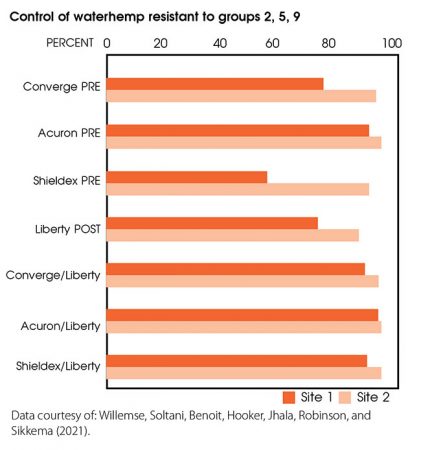 Research by Willemse et al., published in 2021, looked at herbicide mixtures to control waterhemp that was resistant to Groups 2 + 5 + 9. Several herbicide mixtures were able to achieve greater than 95 per cent control through the use of effective modes of action.

Diversification of cropping systems will also be required to manage herbicide resistance. This diversity may include the use of cover crops, the manipulation of row width and density to improve crop competition, and cultivation for weed control.

In conclusion, the rise of cross-pollinated multiple herbicide resistance will make weed control more difficult. And we can’t count on many new modes of action to be registered to help control herbicide-resistant weeds. Introducing more diverse weed management is the only way out.