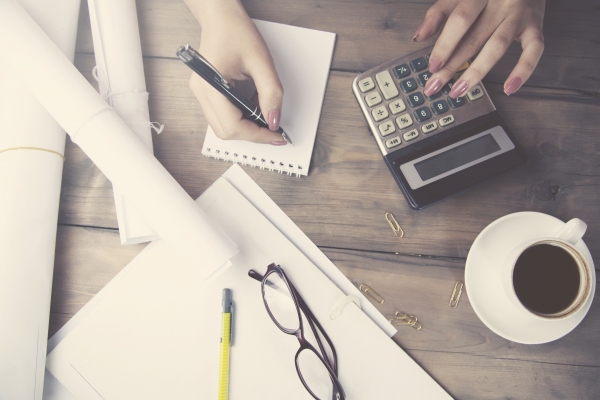 Photo by Fotolia
There’s a lot to think about as a family transitions its farm business to a new generation. Who is the best person to pass the reins to? What skills and training do they need to prepare them for the role of farm owner and operator? What process will the family follow during the transition? And, of course, what are the financial and tax implications of succession for both the current owner and the successor?
“Tax planning around generations is important,” says Brent VanParys, a partner with BDO Canada LLP, who specializes in advising business families on transition planning, succession and various aspects of the family business, including the financial side of the coin.

One question that needs to be answered is how much money the retiring generation wants or needs out of the transfer.

“It’s a different conversation if the transfer is at a fair value or less than fair value than if it’s a gift,” VanParys says. “It can be a balancing act between what parents want for their retirement versus what the farm is able to pay to provide financial security.

“The next generation may have visions of growth or expansion and may need capital,” he adds. “This needs to be weighed against what the retiring generation is looking for from the sale.”

Communicate
Gwen Paddock, national senior director of agriculture and agri-business at the Royal Bank of Canada, points to a 2015 Canadian Agricultural Outlook Survey that revealed one-third of respondents indicated they needed to make ownership changes within the coming years. Sixty-two per cent of those expected the transfer to go to family members or partners. However, only 30 per cent of these farm owners reported doing any formal succession planning.

“What that stat says to me is that a number of people know they are going to change, they have an idea of who that might involve but they haven’t done a plan,” Paddock says. “That means they are not going to be ready to optimize some of the options available to them. They won’t get the best outcome if they don’t have a plan.”

She recommends first thinking about the transition in terms of physical assets – property, land, buildings, machinery and equipment. “That is often easiest: to look at the assets as part of transition,” she says. “Is it shares in the business or assets they are getting?”

Keep in mind that shares and assets for qualifying farm property can transfer between generations and down to grandchildren.

Tax tips
Minimizing tax and financial burdens from succession can be done in a number of ways, including vendor take-backs that spread gains over time, holding companies, considering ways to move cash from the farm operation into a retirement savings plan to defer tax or life insurance.

“Life insurance can be an effective way to minimize the risk on parents and ensure cash is available to provide a share of the wealth to non-farming family members,” VanParys says. “It helps to provide a measure of fairness while not jeopardizing the security of the farm itself.”

Wills need to be consistent with the intentions on the transition of the farm and their concept of fairness to all family members, he advises.

“Holding companies can be used to move non-farming assets out of farming operations to ensure the shares will meet the tests for qualifying farm property,” VanParys says. He adds that more than 90 per cent of the value of the assets has to be used in the farming operation.

Capital gains
One tax families can take advantage of is lifetime capital gains.

“Each individual has a lifetime capital gains exemption for qualifying farm property of $1 million that may be available to bump up the tax cost of farm assets. These could be shares of the farm company, quota or land,” VanParys explains. “Using the capital gains exemption may, however, trigger alternative minimum tax. AMT is a recoverable tax that can be minimized by spreading the capital gain over up to 10 years in the case of the sale to a child or grandchild. There are some ways to do that, such as taking back debt on the transfer.”

Plan early
The key is to start planning early.

“Some strategies take some time to put in place and to implement,” Paddock says. “I recommend a minimum of five years; some say seven is ideal. That allows time to gather information, consider options, consult or bring in expertise, develop the plan and adjust the plan as circumstances change.”

Get expert advice
The best advice is to talk to an accountant to determine the best route.

“Every situation is different,” Paddock says. “Having access to good quality information is key so whatever decision you’re making is an informed decision and while you can start with thinking about the numbers, you can’t overlook the soft issues like family dynamics and relationships.”