Features
Cottonwood Holsteins: Being the “ultimate partner” in succession planning 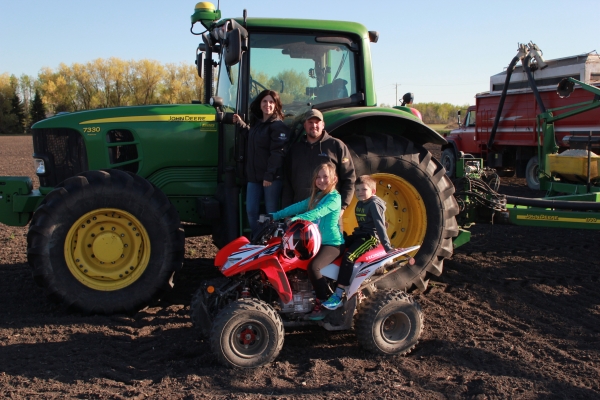 The Oswalds were chosen as Manitoba’s Outstanding Young Farmers for 2017. Left to right: Kirsty, Brent, Taylor (9) and Brenden (6).

Edwood Oswald wasn’t taking any chances with succession planning when he bet the farm on his son Brent.

Family is complicated: this is a truth Brent Oswald knows intimately. The current owner and operator of Cottonwood Holsteins Ltd., based in Steinbach, Man., is well-versed in the succession history of his operation, and it hasn’t always run smoothly.
His grandfather and grandmother bought the original land back in the 1930s. From the beginning, their plan was to pass the mixed farming operation on to their elder son, but when he died in a carbon monoxide accident, they put the farm up for sale. Their younger son, Edwood, “wasn’t supposed to be a farmer,” but along with his wife, Gwen, he became the highest bidder for the land.

“That wasn’t a smooth transition,” Brent Oswald says. “In my grandpa’s eyes my dad wasn’t supposed to get the farm.”

Soon after Edwood and Gwen bought the farm in 1968, their focus narrowed to dairy, but for several years everything was an uphill climb. “When they started farming they were so financially strapped they had to park vehicles because they couldn’t afford the insurance,” Oswald says. “They really had to struggle. I’m not going to say I didn’t have to work hard, but I didn’t have to climb that mountain.”

Edwood passed away in 2016. These days, Oswald and his wife, Kirsty, are farming 2,400 acres, milking 136 cows and discussing expanding their barn. This year, the pair was chosen as Manitoba’s Outstanding Young Farmers for 2017.

Oswald believes their succession to farm owners went perhaps as smoothly as such a major transition can. After his own experience, Edwood wasn’t taking any chances.

He signaled his interest in the farming operation early (his two brothers now work, respectively, at a General Motors dealership and as a veterinarian), and Edwood took note by giving him both responsibility and decision-making power very early on.

“Even by age 16 I was selling the hay and grain. I had full signing authority at age 18,” he says.

When Oswald and Kirsty got married in 2006, their accountant, Jerry Lupkowski, recommended that the family begin working on a succession plan.

“Mentally we knew how everything should play out; it was a matter of getting it all on paper,” Oswald says. “We spent probably two years doing it. It didn’t need to take that long, but the professionals see so many horror stories, they made sure that it was exactly how we wanted it to be.”

The first and most onerous part of the plan involved reviewing and appraising all farm assets, which Oswald undertook during the winter months.

“You don’t realize how much stuff you have to place a value on, right down to the lawnmower and the tools in the shop,” he says. “It’s a value that my parents built over the years that they should get something for.”

In 2008 the family did an estate freeze, once the value of all farm assets had been calculated. The shares were frozen and new common shares were issued to Brent. “Any growth from 2008 on was mine,” he explains. “So the idea is that over time I will buy the farm assets that are held in mom’s name personally, and that’s my way of buying the farm. We do that on years where it makes sense from a tax standpoint to mitigate losses and best utilize capital gains exemptions.”

The Oswalds structured the transition this way to ensure the farm could be flexible and not go into a holding pattern for a decade. In the meantime, the family updated their wills and shareholder agreements to reflect the changes. 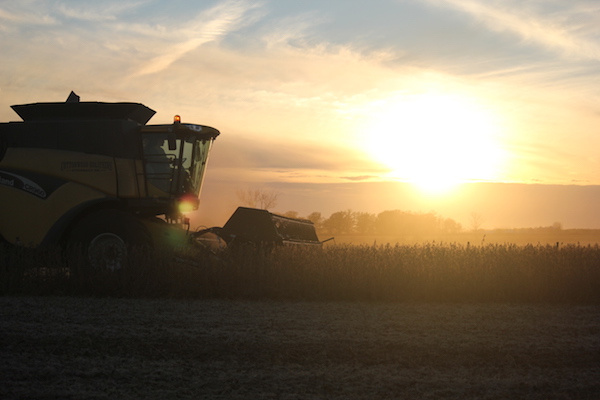 Steinbach-based Cottonwood Holsteins Ltd. has been in the Oswald family since the 1930s.

Family discussions
Oswald says the transition took time because the family wanted to be fair – but “fair” is not the same thing as “equal” when it comes to succession planning, as Edwood explained to Oswald’s siblings and their partners when they questioned the breakdown.

“My dad said, ‘You are getting a lump sum cheque, but you’re not tied down to anything. If the dairy industry fails, Brent loses everything. It doesn’t need to be equal.’ ”

Many experts recommend that family meetings be held at the outset of succession planning to discuss expectations. In this case, Oswald and his parents sat down to hash out their shared goals for the farm itself and then called a larger family meeting to go over a general succession plan.

If he had the opportunity for a do-over, Oswald says he might have done things a little differently. Although the advice they received was to keep things simpler, Oswald says he would have preferred to have his brothers involved in some of the preliminary meetings “so there was never any guessing as to why the decisions were made the way they were,” he says. “But it wouldn’t have bothered me for them to know everything that the farm was doing.

“Could we have handled it better? You can always handle this stuff better,” he says.

All in all, he believes the transition went well, largely due to the help and advice his family received early on from Lupkowski and others. “We had a great team of people around us,” Oswald says. “We spent a lot of time making sure that our accountant, banker and lawyer met together regularly and conversed with each other. That probably made the whole process a lot easier because everyone on the team was on the same page from start to finish.”

It’s a legacy Oswald and Kirsty will pass on to their own future successors.