Research and breeding programs are underway on the Prairies. 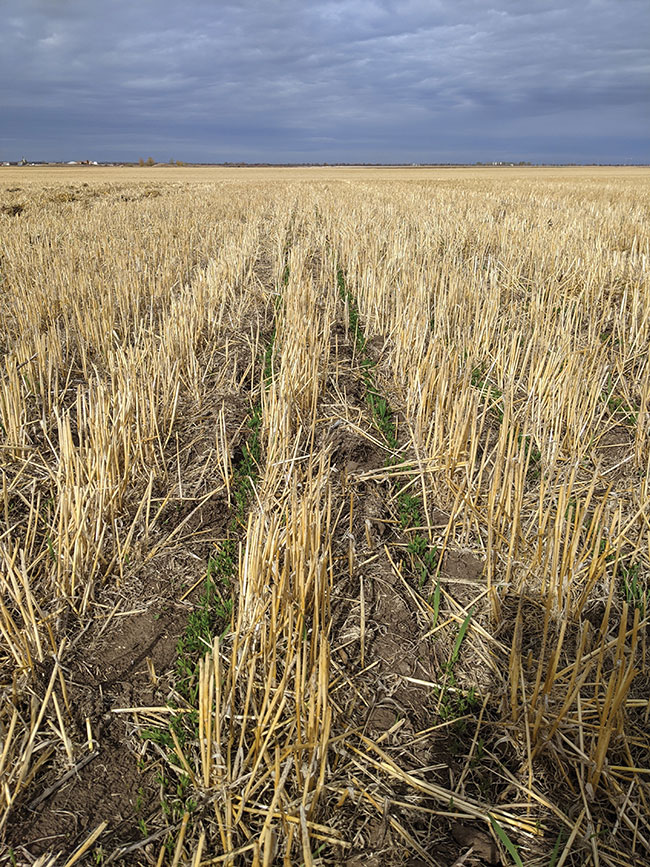 Winter pulses promise many benefits: they break up pest and disease cycles, offer a rotational alternative to winter wheat and are harvested earlier than spring pea, adding that much more flexibility to harvest timing.

But outside of southern Alberta, winter pulses haven’t yet made it to the western Canadian crop landscape.

“If there were promise, farmers would be interested,” says Ken Coles, executive director of Farming Smarter, a research and extension group in southern Alberta.

“At the end of our research cycle we found that the varieties we planted just didn’t survive in a broad enough context to really move forward,” says Coles. “Here in Lethbridge, we’re in a pocket near the Rockies that keeps our winters warmer. Toward Medicine Hat, winter survival went down.”

But interest in winter pulses hasn’t died in Canada – in fact, it actually may be growing. Coles says he knows a few producers are still planting Austrian winter pea, which survives well in southern Alberta.

This fall, the Farming Smarter team planted some winter pulses on contract for a seed company to assess survivability rates.

And while there’s no Agriculture and Agri-Food Canada breeding effort for winter pulses, breeding continues in the private sector.

“Ultimately the goal is to identify a winter pea that has similar seed characteristics to a spring pea – the only difference is when it’s planted. So the harvested crop will seamlessly enter the established market for edible field peas,” he says.

Severe low temperatures along with a lack of snow cover can challenge survivability, he says, but so far, the new lines have performed well across the state – even in regions with limited snow cover. McPhee says varieties developed to survive Montana’s winters will be candidates for southern Alberta as well.

Western Ag, a Saskatoon-based research and consulting group of companies, has been involved in winter pulse variety development for many years, says the company’s founder, Ken Greer. The company has developed a winter-hardy lentil variety called SuperCool, a sub-type of Morton. Currently, Western Ag is testing SuperCool in a variety of locations in Alberta, Saskatchewan and even a couple of test plots in southwestern Manitoba.

“For winter pea, our goal was to see if we can grow it in a variety of places. This is the problem with a lot of winter crops: they have to be broadly ecologically adapted so that, in at least nine out of 10 years, you have something to talk about in the spring,” Greer says.

Winter lentil is further along: the company is currently attempting to “substantially” increase seed in order to do processing tests for SuperCool lentils. It has plenty of seed for its Moose Jaw winter lentil, Greer says, but the company wants to test it in intercrop trials. “Last year, success was too low,” he says, “But that’s bound to happen with winter legumes. We’re in a much better place though, compared to last year – we planted in better conditions.” 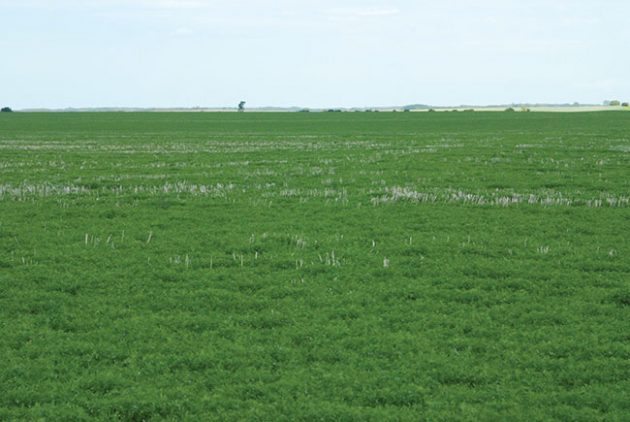 Winter pulse crops show promise in theory, but there is much to be done in determining the best agronomic strategies. Photo by Bruce Barker.

Agronomics
Greer says agronomics may be particularly key when it comes to successfully growing winter pulses.

He suggests producers make use of a key planning tool called the Winter Cereal Survival Model, an interactive decision-making tool developed by himself and Brian Fowler, a professor emeritus at University of Saskatchewan.

The model allows users to input variety and region and adjust for agronomic choices, such as seeding date and depth to help them assess the probability of winter survival, Greer says.

Maryse Bourgault is the University of Saskatchewan’s newly appointed Western Grains Research Foundation (WGRF) Integrated Agronomy Research Chair. Prior to her appointment, she worked with McPhee in Montana. Bourgault has just begun a new experiment looking at Progene’s Blaze winter pea and Western Ag’s SuperCool lentil survivability based on planting date and density. Some plots are intercrops with camelina.

“It’s possible that with seeding density increased to 1.5-to-two times the typical rate, we might have less patchiness in the field, which would translate to lower weed pressure and a better stand in the spring,” she says.

Another industry recommendation is to seed into stubble, and to get it as high as possible, Bourgault says.

But there simply isn’t enough research yet to underscore specific agronomic approaches, she cautions. “We don’t know – it may be that certain crops do need to get to a certain size to survive the winter, and then it would make sense to plant earlier, or maybe it doesn’t matter. Maybe patchiness is because of the way the soil moves during the spring thaw and buries some plants, and then seed numbers might not be what’s important. This is why we need more research.

“Theoretically, there is a good case for winter crops; if the plants are already there as snow melts, they can take advantage of the light and the moisture that is present before the soil is dry enough for planting spring crops. This head start makes them efficient at using soil moisture. By the time temperatures get into the [20 C range], winter crops have a closed canopy or just about. This means the moisture that would evaporate from the soil surface in spring crops is available for winter crops to use,” she says.

Once winter pulse breeding ramps up and the genetics improve, the agronomics will follow, she adds.