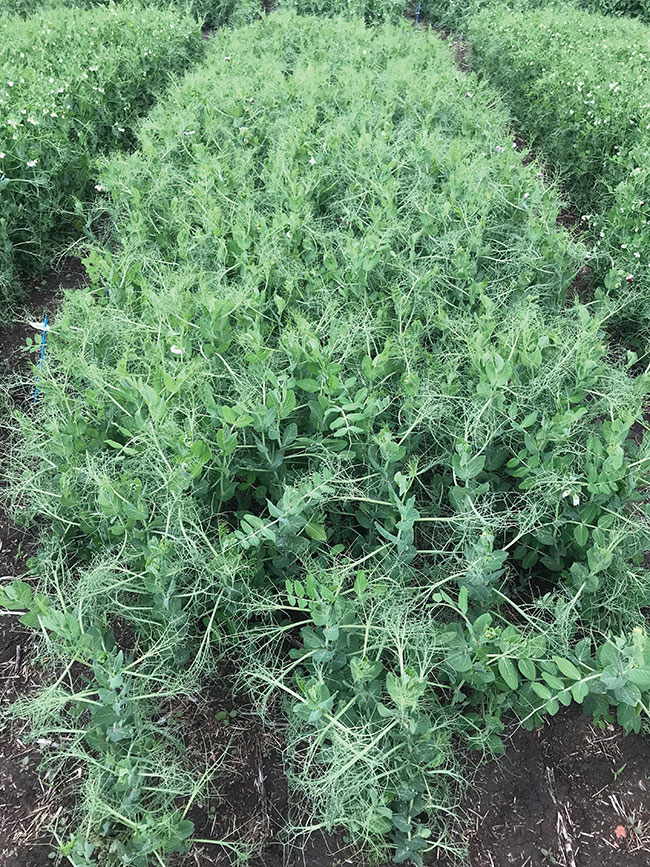 Field peas are an important rotation crop in Western Canada and grown widely in conventional and organic cropping systems. Currently, most commercial varieties are semi-leafless peas with tendrils instead of leaflets, which were first introduced in the 1980s for their improved standability and resistance to lodging. However, with previous research showing that leafed varieties can out-yield semi-leafless pea where lodging is prevented, researchers wanted to know if pea varietal blends might offer some advantages.

“The results of some recent work in our program under organic cropping conditions showed blending leafed (CDC Sonata) and semi-leafless (CDC Dakota) pea varieties in a 75 per cent semi-leafless mixture increased yields by 10 per cent compared to either variety grown separately in a monoculture,” explains Steve Shirtliffe, a professor at the University of Saskatchewan. “Led by graduate student Lena Syrovy, the results also showed improved weed competition and suppression, improved lodging resistance to the leafed types in the blend and increases in biomass. From this study, our next question was which varieties would work best in the blends and what would be the optimum blending ratio of leafed to semi-leafless peas for maximizing yields. Other research groups in France and other locations have looked at the same question and are evaluating similar blends.”

A new three-year study was initiated in 2018 by graduate student Yanben Shen to evaluate blends of semi-leafless and leafed peas and to determine the optimum blending ratio to maximize yield across different genetic backgrounds, locations, and years. An optimal blending ratio would provide increased yields, improved light interception and lodging resistance in peas. The yield and agronomics performances between blending ratios were evaluated for developing an optimal ratio. The study, which was conducted at the University Kernen Research Farm near Saskatoon, evaluated nine pairs of leafed and semi-leafless pea lines, grown together in three mixing ratios. The lines used were leafed and semi-leafless versions of the varieties CDC Amarillo, CDC Centennial, CDC Dakota, and CDC Striker that shared the same genetic background with the exception of leaf type. These lines were paired in all possible combinations, and grown in ratios of 50:50, 33:67, and 17:83 per cent leafed to semi-leafless peas, as well as in monocultures of each line grown separately. Various factors were evaluated, including yield, plant biomass, disease, standability, pea leaf development, and UAV phenotyping. 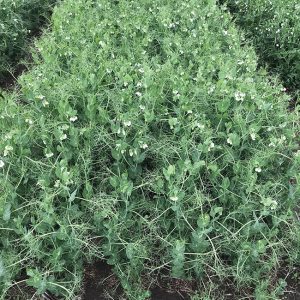 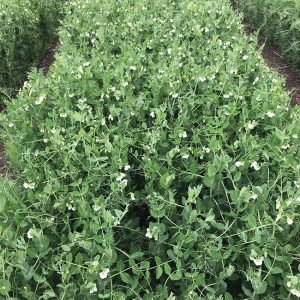 “We partnered with Tom Warkentin at the University of Saskatchewan Crop Development Centre to develop some Near-Isogenic Leafed (NIL) lines that were almost genetically identical except for the leaf trait,” Shirtliffe says. “The isogenic lines were developed by backcrossing the four semi-leafless varieties with a normal leafed type variety CDC Sonata for several generations to breed the final lines used in the study. One of the key considerations was to develop these lines while still maintaining the lodging resistance of the semi-leafless varieties. We compared these NIL blends with near identical genetic backgrounds to the non-NIL blends with different genetic backgrounds to see if NIL blends did any better than the semi-leafless varieties grown. The results could be used to develop varietal blends of leafed and semi-leafless field peas for release by the Crop Development Centre.”

Shirtliffe explains that the results of the study didn’t show much of a yield advantage or significant differences between the leafed and semi-leafless blends, but interestingly enough there was also no yield reduction. “On average, blends of semi-leafless and leafed peas at the 83:17 ratio were four per cent higher yielding than monocultures of either leaf type. The conditions in the first couple of years of the project were drier, but in 2019 the growing conditions were very good, and even then we only saw a slight yield advantage in using the blends. The blends approached similar lodging resistance for semi-leafless types and disease severity was lower in some of the blends. We also wondered if a mixture that didn’t have the same parents would be better, so we tested pairs of isogenic lines that didn’t have as closely related parents. The results showed no difference at all in terms of parent’s yield potential. Overall there was a small yield advantage in some cases with the leafed mixture, but it is not a huge advantage. We also found that the NIL blends can adapt well in the pea blend, so going forward there may be an opportunity for future varietal blend releases.” 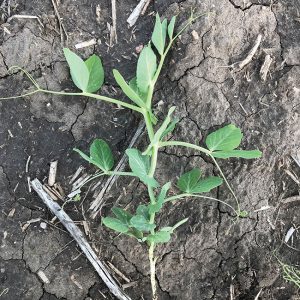 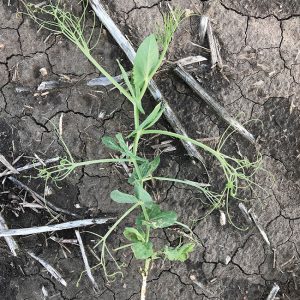 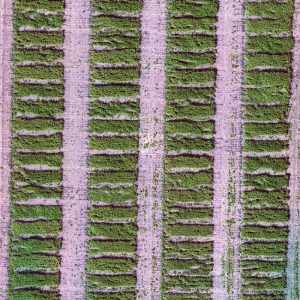 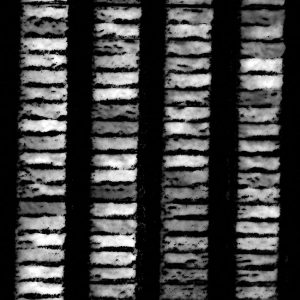 The project also compared the light interception of the blends. Although semi-leafless varieties are assumed to not be very good at light interception, the study showed that they are actually quite good at absorbing light. There was no difference between the semi-leafless and the leafless peas in how much light was absorbed. “This finding was quite surprising and it appears that the light can penetrate the canopy deeper and more uniformly through the tendrils than the leafed varieties, which could provide a photosynthetic advantage.”

One additional component of the study looked at lodging potential of the blends. “The positive result was that having a low proportion of leaf didn’t increase the tendency for lodging much compared to the semi-leafless monocultures,” Shirtliffe says. “One very successful aspect of the project was the development of a technique using a drone or unmanned aerial vehicles and UAV phenotyping to very accurately measure canopy height and lodging. This technique that Yanban developed as part of the project worked very well and we are hoping that it can be used by plant breeders to allow them to quantify the lodging a bit better in their research programs. The technique may be able to be expanded for use with more plant features in the future.”

Although researchers expected to see more of difference between the pea varietal blends, the results didn’t show significant benefits to the blends. Shirtliffe notes however that data is data, and it is important to do this kind of research to answer questions like this. “We have had the best look we can over multiple site years and growing conditions, and although we expected to see bigger yield benefits and despite our significant efforts, the results didn’t show that. However, the results did show enhanced pea field characteristics with the blends, including lower disease severity, which should promote a higher yield potential. On the positive side, the results showed there is no real disadvantage to having a small proportion of leaf in there. There may be other reasons to incorporate that trait into future lines that the breeders will want to pursue to bring other benefits to growers through varietal development.”