In recent years, wheat and its proteins have come under attack in some popular diet books, with claims that breeders have made “drastic” and “bad” changes to wheat varieties over the last 50 years. Now, a study comparing Prairie wheat varieties spanning the past 150 years is puncturing some of those claims.

“Some people are claiming that wheat protein concentration has greatly increased or that wheat protein quality has changed in recent decades, and that those changes are the main villain responsible for several chronic diseases in humans,” says Ravindra Chibbar, professor and Canada Research Chair in Crop Quality (Molecular Biology and Genetics) at the University of Saskatchewan.

“But our results indicate that the total protein concentration hasn’t changed very much, just a one per cent increase over a century.” On top of that, wheat yields and other important traits have improved over that time.

Chibbar became interested in comparing the nutritional composition of heritage versus modern Canadian wheat varieties when the negative claims about wheat started to appear in the popular media. So he approached his colleague Pierre Hucl, a professor at the University’s Crop Development Centre, about this idea. Hucl explained that he already had an ongoing field experiment to measure the rate of improvement in Prairie wheat varieties over time, and he offered grain samples from this study to Chibbar for nutritional analysis.

In his study, Hucl is comparing Canada Western Red Spring (CWRS) wheat varieties ranging from the 1860s to today, in replicated trials in central Saskatchewan.

“In Western Canada, CWRS is the main class of wheat, which is of the highest quality,” Chibbar notes. CWRS wheats are high-protein, hard wheats with superior milling and baking qualities, and are often used for yeast breads. Developing new varieties for this class can be challenging for breeders because they must meet stringent requirements for milling and baking quality, while they work to improve other traits like yield, days to maturity, and resistance to diseases and insect pests.

For the study, Hucl has selected varieties to represent each decade since 1860, choosing ones that were grown on a large area or that made a significant contribution to advances in wheat traits. The oldest variety in the study is Red Fife, a well-known Canadian heritage wheat. The study began in 1989 with 28 varieties, and Hucl has added more varieties with each passing decade since then, for a total of 37 varieties at present.

The researchers recently published a scientific paper in the journal Cereal Chemistry on the changes from the 1860s to today in agronomic and end-use quality characteristics. They found that grain yield and kernel weight have increased, while days to maturity and plant height have decreased. For example, AC Barrie (registered 1994) yielded 25 per cent higher than Marquis (1909), 17 per cent higher than Thatcher (1935) and 11 per cent higher Neepawa (1969). Red Fife’s yield, at 3273 kg/ha, was close to yields of modern varieties such as AC Barrie (3439 kg/ha). However, Red Fife was six days later, 16 centimetres taller and more prone to lodging than AC Barrie.

The researchers also found that several traits important for milling and baking improved from the heritage to the modern varieties.

So, even with the challenge of meeting the strict quality requirements, Canadian breeders have made significant improvements in CWRS wheat. 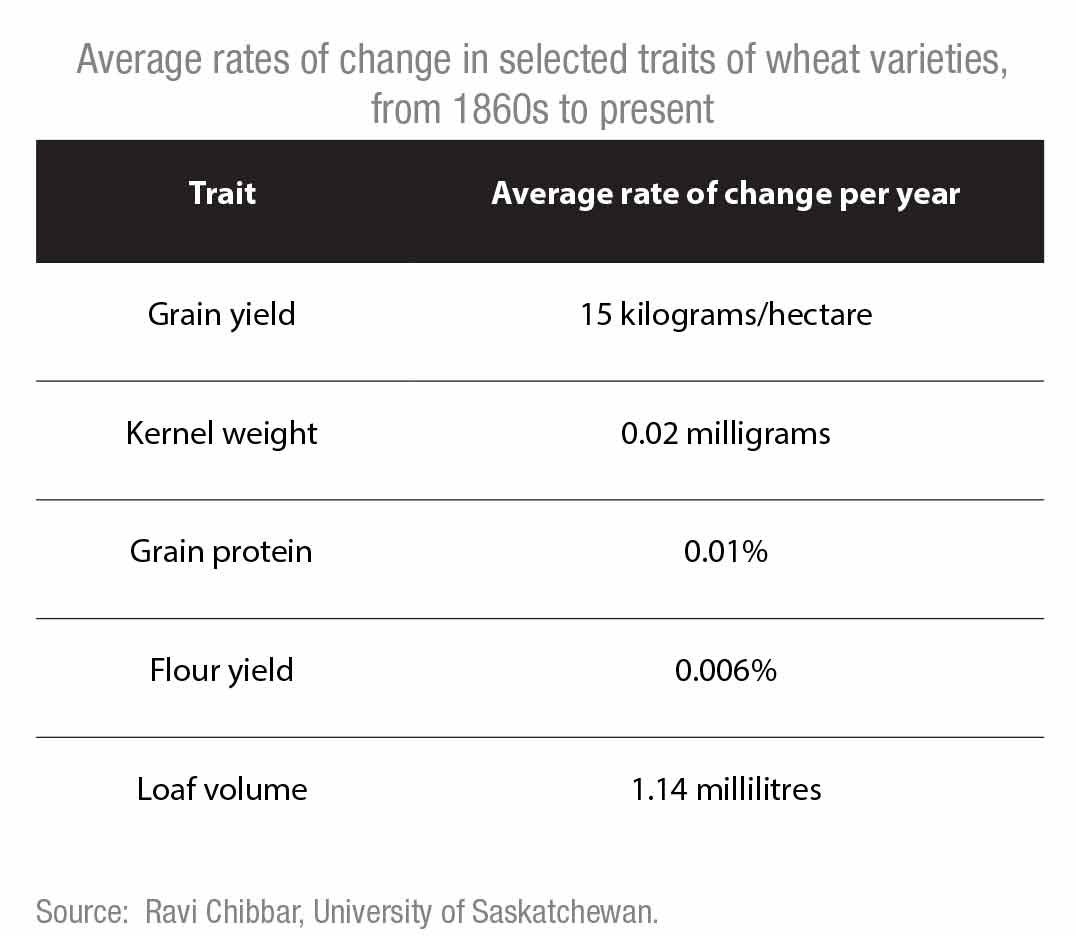 Nutritional analysis
Chibbar and his lab are currently analyzing the nutritional composition of the grain from Hucl’s experiments in 2013 and 2014. Chibbar presented some of the initial results in a poster at the Canadian Nutrition Society meeting in May 2015.

“We have analyzed the grains of the 37 varieties for total starch, total protein and polymeric proteins,” he says. “Polymeric proteins are the ones that form the gluten complex.”

The gluten protein complex is formed when water is added to wheat flour to make dough; certain proteins – mainly gliadins and glutenins – interact with each other to form gluten. Gluten gives wheat dough characteristics like elasticity, so gluten is very important for uses like making bread.

Chibbar is particularly interested in wheat proteins because of claims in the popular media that gluten proteins have changed in recent decades and that those changes are causing increasing health problems.

“Overall, total protein concentration increased at a rate of 0.01 per cent per year,” Chibbar says.  He adds, “The results of the grain protein analysis by the Canadian Grain Commission lab are very similar to what we are finding, and those results are based on a large number of commercial samples.”

Chibbar will be continuing the nutritional analysis, including a more detailed look at the protein characteristics. He will be presenting the results at a scientific meeting in October, and he expects to publish a paper on the work in 2016.

“The take-home message for producers from our research is that investments in wheat improvement over the years have increased yields and improved other traits, like reduction in days to maturity,” Chibbar says.

“I’ve been working with wheat for the last 30 years, and I firmly believe that wheat is still a nutritious grain. The very small population who are gluten-sensitive or who have celiac disease have to be very careful, but for the majority of people, wheat is a nutritious grain. With my studies in the future, we will determine if there have been any nutritional changes and, if so, what those changes are,” he adds.

“As scientists, we want to do scientifically sound experiments with required controls and use scientifically approved techniques to characterize grain constituents. Finally the results and conclusions have to go through a rigorous peer review before being acceptable for publication in a scientific journal.”

The University of Saskatchewan, Saskatchewan Ministry of Agriculture, Saskatchewan Wheat Pool (in the earlier years of the study) and Canada Research Chairs program funded this research. 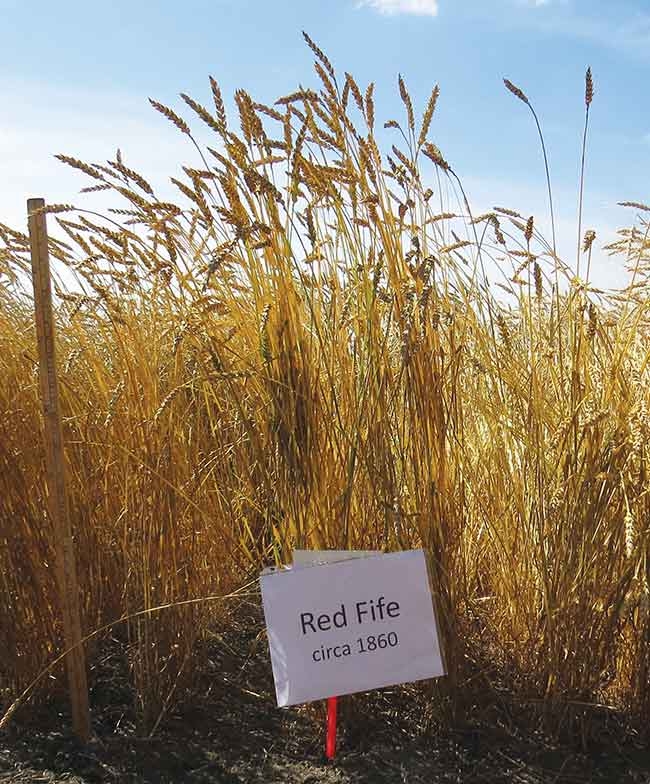