“For the first time, this comprehensive field experiment, conducted at the multiple sites and years across various climate-soil zones of the Canadian prairies, shows the importance of plant stand uniformity for efficient utilization of environmental resources to enhance pod formation and seed set and increase seed yield,” says Yantai Gan in an Agronomy for Sustainable Development article published in October 2014.

Gan is a research scientist at Agriculture and Agri-Food Canada (AAFC) at Swift Current, Sask. He conducted the research along with AAFC colleagues Chao Yang, Neil Harker, Byron Irvine and Bill May, University of Saskatchewan researcher Randy Kutcher, and University of Manitoba researcher Rob Gulden.

Field experiments were conducted at 16 site-years across the Prairies from 2010 to 2012. The Liberty Link variety InVigor 5440 was seeded at Carman, Lacombe, Melfort and Swift Current in each of the three years, at Brandon in 2010, Indian Head in 2011, and Morden in 2011 and 2012. Herbicides, fungicides and insecticides were applied as needed.

Three weeks after emergence, the researchers measured plant density and calculated emergence rate. At maturity, plant survival rate was calculated along with a measurement of number of fertile pods per square metre and seed yield. 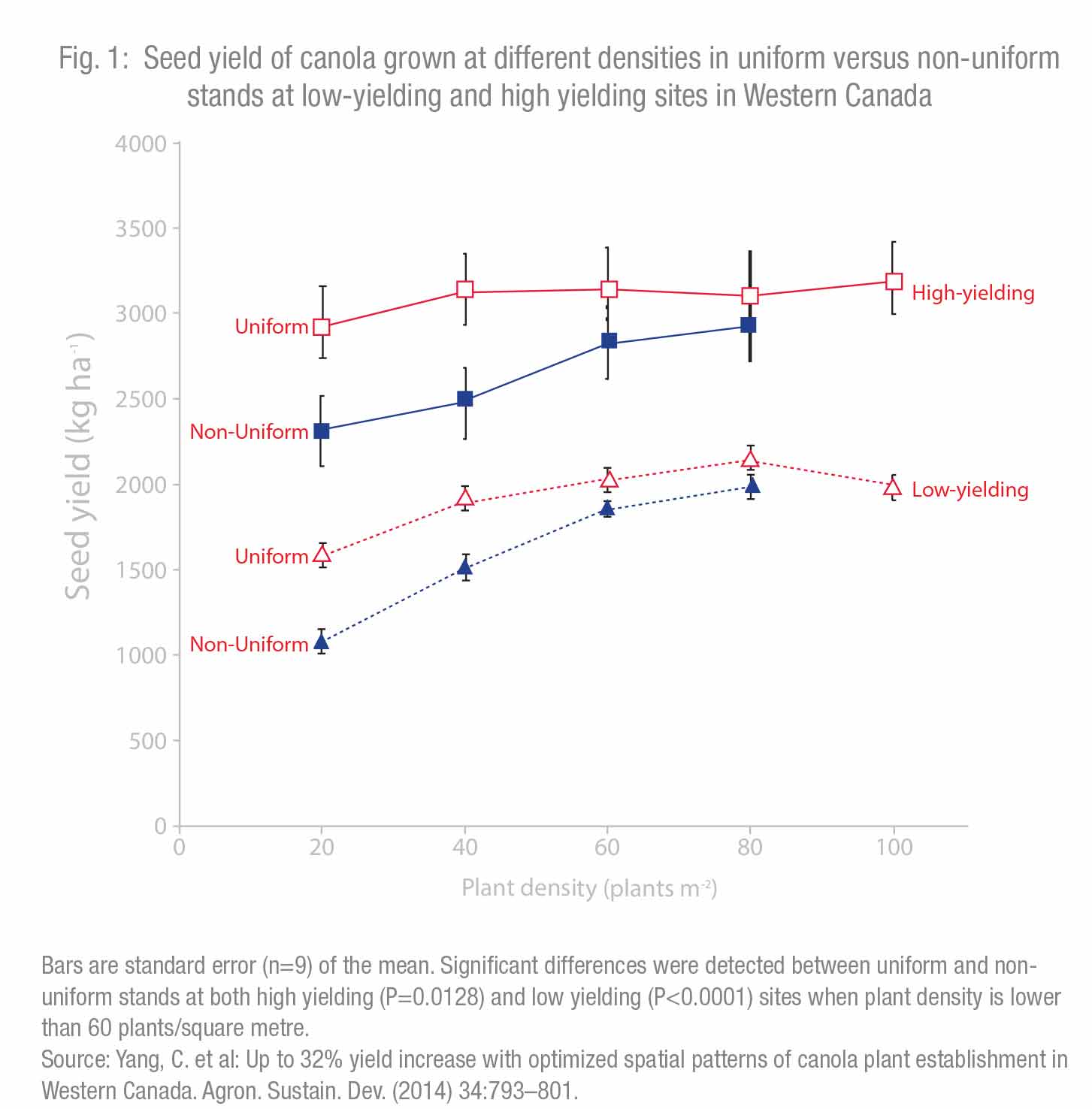 The effect was most pronounced at the low yielding sites where uniform stands increased seed yield from seven to 32 per cent, depending on targeted plant population; 32, 21, eight and seven per cent at the plant densities of 20, 40, 60 and 80 plants per square metre.

“Seed yield differences between uniform and non-uniform plant stands at low plant densities was much greater than at high plant densities at both high yielding and low yielding sites,” Gan says.

The research highlights the importance of two factors in optimum canola yield. First, target a stand establishment of 70 plants per square metre. Second, ensure stand establishment is uniform, which can be achieved through using treated seed, seeding shallow into a firm, moist seedbed and seeding at a speed that ensures accurate seed placement. Uniformity of stand can help overcome poor stand establishment. 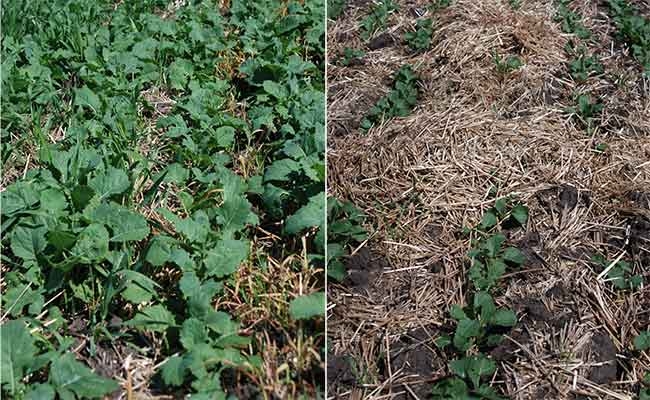 
Related
Plant growth regulators to enhance wheat yield and quality
The importance of uniform crop establishment
How variable are your corn stands?
Plant geneticists develop a new application of CRISPR to break yield barriers in crops