Biofortification is the process by which the nutritional profile of a given food crop is improved through plant breeding. In Canada, the biofortification of pulse crops to improve micronutrient content (or “trace elements”) is becoming a major focus of breeding programs. 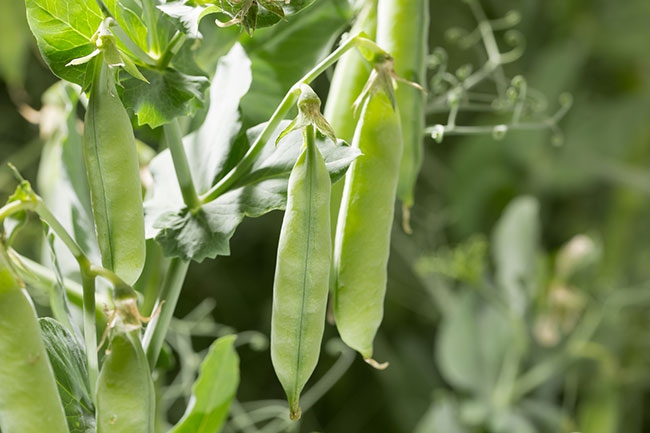 Tom Warkentin, a breeder at the University of Saskatchewan’s Crop Development Centre (CDC), has been working on the biofortification of pea crops for several years. Before breeding projects began, Warkentin and his colleagues surveyed pulses grown in Saskatchewan (pea, lentil, chickpea and common bean) and looked at the levels of micronutrients in harvested seeds.

“We found they’re all quite rich in many minerals, including iron [and] zinc,” Warkentin says. “We looked at a series of varieties within each crop and a series of growing regions, and did the statistics. If you were going to describe them nutritionally, you could say they were a good source of those nutrients.”

But how available are those nutrients to the human diet? Much of Warkentin’s work revolves around phytate, the major storage form of phosphorous in seeds. Warkentin says phytate is a negatively charged molecule that can’t be easily digested by humans since it passes through the gut, carrying positively charged nutrients like iron and zinc along with it. This means these nutrients are essentially lost to us.

Low-phytate crops have been a focus of several breeding programs in North America for the past two decades, Warkentin says. He and his colleagues at the CDC began working with low-phytate pea in 2002, and discovered these lines have at least 50 per cent more available iron compared to normal varieties.

‘Micro’ breeding
Warkentin’s project is mainly focused on breeding peas with increased availability of the micronutrient iron, as well as zinc, selenium and potassium. The first is a key component in what’s often called “hidden hunger,” a deficiency in vitamins and minerals that, according to World Health Organization estimates, currently affects two billion people worldwide.

Iron is also a focus for Ravindra Chibbar, Canada’s research chair in molecular biology for crop quality and a professor in plant sciences at the University of Saskatchewan. Chibbar has recently made strides in screening for micronutrients in plant samples.

“If you want to biofortify crops, whether it’s cereals or pulses, you first need to have a method to see what elements are in the seed already,” he says.

Most methods of analysis look at one element at a time and rely on chemicals that ultimately destroy the sample. At the Canadian Light Source in Saskatoon, Chibbar’s team has developed a high throughput screening method that can analyze multiple minerals in a batch of 84 grain meal samples without any chemical treatment.

Using data from this analysis, Chibbar can identify the genotypes of different crop types with high or low micronutrient content. The micronutrient analyses, combined with DNA marker technology, can identify genomic regions associated with mineral concentration.

“If we know the genomic regions, we can use genetic markers in marker assisted selection to accelerate the development of new varieties with desired mineral concentration,” Chibbar says. He is working in collaboration with colleagues in India at the International Crops Research Institute for the Semi-Arid Tropics (ICRISAT), who are developing biofortified lines of chickpea.

These researchers send new mapping populations to Chibbar’s lab for analysis; the breeding lines with increased mineral concentrations they ultimately develop can be used in breeding programs globally.

“Biofortification is a major focus for crop improvement all over the world,” he says.

Warkentin says his breeding program is focused on crossing low-phytate lines with the best high-yielding pea breeding lines that will result in new varieties highly adapted to Canadian growing conditions.

There’s still breeding work to do before new varieties will hit the market – low-phytate varieties tend to perform well overall but are still lower-yielding than normal varieties – but Warkentin hopes to send something to the national variety trials within a year.

“Whenever we try to improve a food crop, it doesn’t necessarily directly make money for the farmer, but indirectly I think it does,” he says. “If a country has an advantage over another country’s crop we might become a preferred supplier.”

Improving the nutrition profile of pulses
Joyce Boye, director of research, development and technology at the Agriculture and Agri-Food Canada (AAFC) Summerland Research and Development Centre in B.C., is focused on another angle of pulse nutrition.

As one of five United Nations Food and Agriculture Organization special ambassadors for the International Year of Pulses in 2016, Boye spent the year getting the word out about the benefits of pulses for the human diet and the environment.

But in the past, her research has zeroed in on the impact of processing methods on the composition of pulses and their nutritional value overall.

“Depending on the cooking process you use, you can modulate or change the content of anti-nutritional factors such as phytic acid [phytate] in pulses,” Boye says. “This can complement breeding to improve the nutritional quality of pulses.”

Boye has also studied protein digestibility in pulses – in other words, the ratios of “limiting” amino acids in different pulse crops, which can impact the quality of their protein.

“How the body breaks these down is affected by processing,” she says. “We looked at how we could increase the digestibility of proteins in order to increase their nutritional quality.”

Boye says it’s critical to look at pulse nutrition from both the breeding and processing standpoints. This will ultimately help industry stakeholders increase the nutritional value of pulse crops and bolster demand domestically and abroad.