Features Agronomy Seeding/Planting
Are there benefits to precision planting pulses? 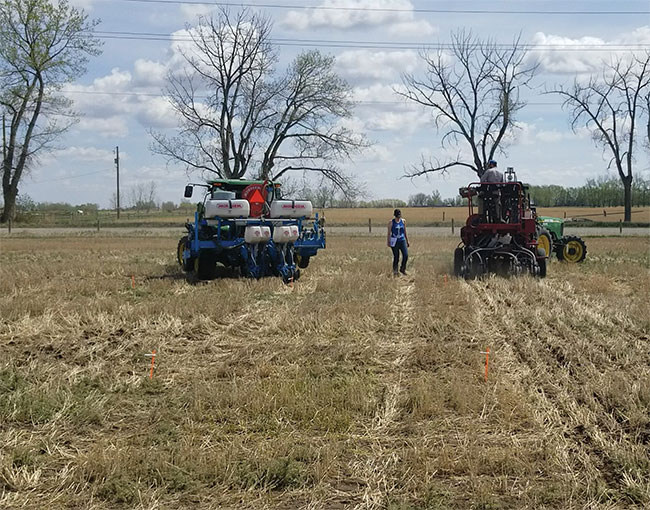 Seeding corn with surgical precision is a common practice for growers, and some canola growers are also adopting the use of planters over air drills. A four-year research trial in southern Alberta by Farming Smarter is looking into whether planters could provide a benefit in pulse crops as well.

“Growers are adopting precision planters, especially for
canola seed production, in addition to the row crops. However, planters are expensive,” says Gurbir Dhillon, research scientist with Farming Smarter in Lethbridge, Alta. “If planters can be adopted for a broader range of crops, that could justify the initial equipment cost better. Especially if there is an advantage to using precision planters for other small-seeded crops like pulses, durum, and hemp.”

Farming Smarter initiated at four-year study from 2019 through 2022 in Lethbridge, Medicine Hat and Taber, Alta., for a total of 12 site-years. The objective was to see if planters could be adopted as an all-encompassing seeding tool to help improve crop establishment, reduce crop inputs, and create opportunity to grow novel new crops in southern Alberta. Pulse crops in the study included chickpea, lentil, faba bean, soybean, and field peas.

With two years of preliminary data, and 2021 results still under analysis, some trends have emerged. 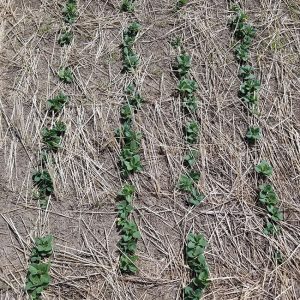 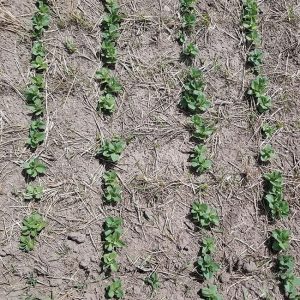 “Precision planters can reduce inter-plant competition due to uniform spacing, which may help with emergence. They also provide superior depth control, which may have helped with moisture availability in some dry years,” Dhillon says.

Chickpea and field pea canopy closure was also faster with the planter, although only one year of data has been analyzed for this trait.

Looking at yield, there were some advantages to the planter, but just as important, yield for precision planters was similar or higher than the air drill. Put another way, none of the site-years showed a statistically significant yield-penalty to precision planting.

“We also observed a yield advantage for precision planted pulses for some site years – chickpeas (three out of six), faba beans (two of six) and field peas (two of six),” Dhillon says.

No advantage to cutting seeding rate
Unlike precision planted canola, Dhillon did not see any advantage when cutting the seeding rate by one-half.

“We might do another study in the future that looks at a wider range of seeding rates to determine the optimal seeding rate with planters for some of these pulse crops,” Dhillon says. “In the
absence of reduction in seeding rates, the advantages to precision planting are in better emergence, uniform crop establishment and staging, and higher yields in certain environments. Better staging can also help with pesticide or plant growth regulator application timings.”

While the research results are yet to be finalized, based on preliminary observations, Dhillon says that large seeded pulses like chickpeas, field peas, faba beans seemed to do better with precision planters. Lentils did not show a huge advantage to precision planting which may be linked with smaller seed size and cylindrical seed shape.