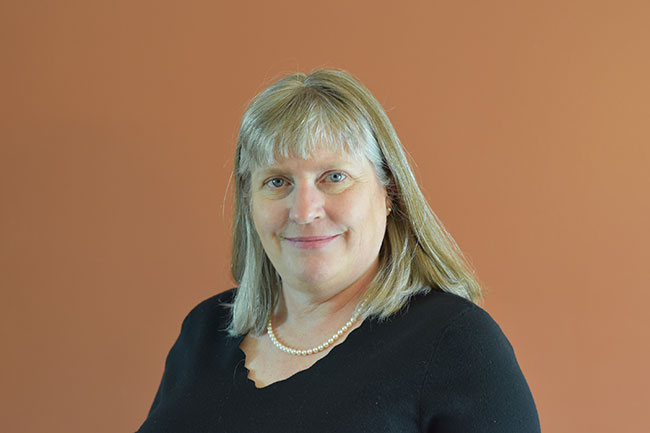 Barbara Cade-Menun, a research scientist with Agriculture & Agri-Food Canada, is a world leader in studying phosphorus cycling in water, soils and plants. She’s developed and refined investigative techniques that have become the preferred standard. She’s received numerous important accolades in recognition of her work. Canadian Poultry editor Brett Ruffell spoke with her about solving puzzles, taking risks and trusting your judgement.

How did you get started in agriculture?
I got into agriculture sideways for sure. I grew up here in Merritt, B.C., which is, of course, home to Douglas Lake Cattle Company and there’s a lot of agriculture in that area. I did a bachelor’s degree in biology at Queen’s University in Kingston, Ont., with the aim that I was going to be a medical doctor.

But as I started doing that, I realized that humans weren’t necessarily the most interesting species and I got interested in other things in biology. And then I actually got a summer job between second- and third-year university working at Summerland Research Centre for Agriculture Canada.

Tell us a bit about your current role.
I’m a research scientist with Agriculture and Agri-Food Canada in Swift Current, Sask. I’ve been here since 2008. I am the nutrient cycling scientist. So, I specialize in cell fertility and agro ecosystem health. I study phosphorus. Of course, that’s an important nutrient for crops. But it’s also a concern if it moves into water because it causes water pollution problems. So, my research works on both sides of the equation looking at the soil but also looking at water loss.

What do you like best about it?
I like to solve puzzles and research is like that. You get to ask interesting questions and try to figure them out. One of the advantages of phosphorus is we still don’t know as much about it as we did with nitrogen or carbon. For example, we know there’s a nitrogen cycle with organisms that are involved and we still don’t understand that for phosphorus. So, I’ve always been one of those annoying kids who always had to ask why.

What’s the biggest risk you’ve taken in your career?
I moved to California with my husband so he could do his PhD. I was still working on my PhD but we delayed it and moved. I was supposed to be finished but I had a very high-risk pregnancy with my first son. And so, I ended up in California with a four-month-old baby. My husband was at school, he’s an engineer. But that was when the Canadian dollar plummeted relative to the U.S. dollar, so we were very poor. But I made it work. My parents were very generous with child care. And then once I finished my PhD, wrote it up and defended it, I convinced someone at UC Berkeley to take a risk on me as a postdoc. And I even worked for free with some support from my parents until we got our research grants going.

What’s the best piece of advice you’ve received? And what advice would you give to others who are thinking about pursuing a career in ag?
I think it was just not to be afraid to try something new or different, even if others think it might not work. Trust your instincts and judgment and say, what harm is there in trying? If it doesn’t work, we’ve at least learned something. You have to, of course, plan to some extent but stop being unwilling to say yes to trying things.

What would you like to see more of?
I’d like to see people being interested in where their food comes from. Even living in a small community like Swift Current where agriculture is the main industry here, the Saskatchewan Ministry of Agriculture and some of the various people who work at the research station put on something called the food farm to show kids where their food comes from. I think people have gotten away from that. I’d like to see more of that come back where people enjoy having gardens and produce their own food.

To hear our full interview with Barbara, visit agwomen.ca