Here’s another knock against tight rotations. A research study in Western Canada found that when canola is grown continuously, root maggot damage increases on canola taproots. The costs, while not necessarily attributable to root maggot damage alone, ranged from $53 to $71 per acre.

“This study has shown that three consecutive years of canola production results in a buildup of root maggot infestations,” says professor and entomologist Lloyd Dosdall at the University of Alberta at Edmonton. Dosdall was the lead researcher on a team that included Neil Harker, John O’Donovan, Bob Blackshaw, Eric Johnson and Yantai Gan of Agriculture and Agri-Food Canada, and Randy Kutcher at the University of Saskatchewan.

The research was conducted from 2008 through 2010, and was recently published in the Journal of Economic Entomology by the Entomological Society of America in 2012. In the trial, 10 different crop sequences were evaluated over three years at five locations in Western Canada: Lacombe and Lethbridge, Alta., and Melfort, Swift Current and Scott, Sask. (Table 1).

Canola was seeded at 20- to 30-cm row spacing at a depth of 1 cm using a Conserva Pak no-till drill equipped with knife openers. Fertilizer was applied according to soil test recommendations.  Root maggot damage on canola roots was assessed immediately after harvest by using the root maggot rating scale that Dosdall developed in 1994 (Table 2).

Doing the math, that damage rating of 3.5 would result in a 12 bu/ac loss or around $120 per acre. In Western Canada, root maggot infestations and damage are the greatest in the northern and central Alberta regions, and in the Parkland regions of Saskatchewan and Manitoba. No insecticides are available for control, and canola seed treatments for flea beetles do not provide effective control. Brassica rapa varieties are more susceptible to root maggot injury than are B. napus varieties.

Similar trends were observed with the glyphosate canola rotations.

Dosdall explains that not all yield losses were necessarily due to root maggot damage. Plant diseases such as blackleg and sclerotinia also increase under tight rotations and could have caused some yield loss.

Overall, the average yield reductions in continuous canola for three years average 0.3 to 0.4 t/ha (5.3 to 7.1 bu/ac) less than canola grown in rotation. This loss is estimated at approximately $53 to $71 per acre at $10 per bushel canola. More evidence that short canola rotations are detrimental to the bottom line. 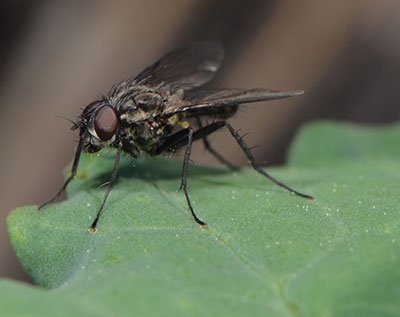