Steady as she goes. 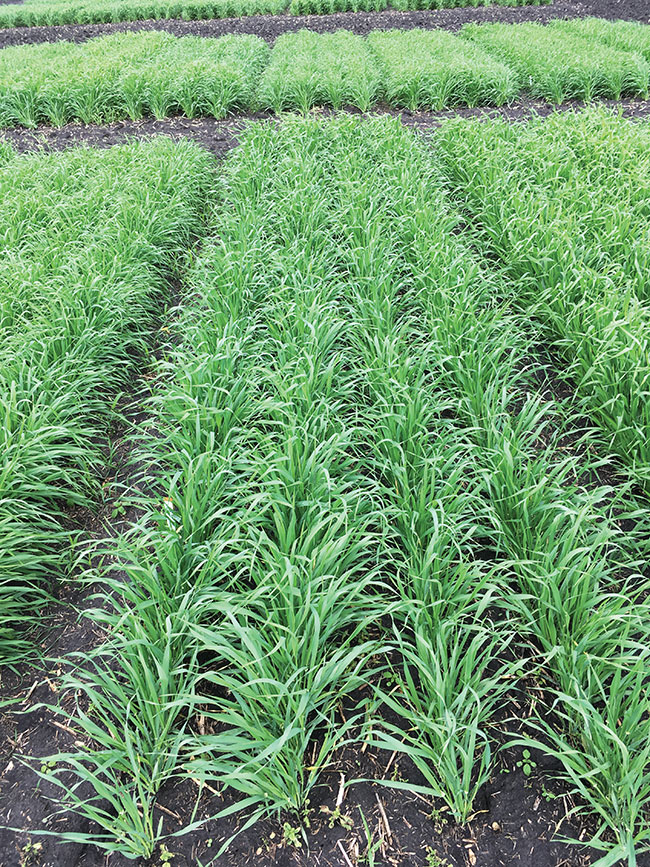 Are wheat, oat and barley seeding rates still valid with today’s high-yield varieties? That’s what Manitoba Agriculture and Resource Development set out to find with research in 2017 and 2018. Two years of trials found that current seeding rates are OK, but more research is pending.

“This research was conducted because previous seeding rate recommendations were made when varieties had lower yield potential. We wanted to know if those recommendations were still valid with higher yielding cultivars,” says Anne Kirk, cereal crop specialist with the Crop Industry Development Branch of Manitoba Agriculture.

Currently, Manitoba Agriculture recommends target plant stands of 23 to 28 plants per square foot (plants/ft2) for spring wheat, 18 to 23 plants/ft2 for oat, and 22 to 25 plants/ft2 for barley.

Kirk says that previous research in North Dakota found that optimum plant populations can differ by both crop type and variety, and that optimum seeding rates for spring wheat ranged from 14 to 46 plants/ft2 depending on the characteristics of the variety. With this in mind, Kirk set out to see if the current seeding rates were still valid in Manitoba.

The research was conducted in 2017 and 2018 in Arborg, Carberry, Melita and Roblin, Man. Two varieties of spring wheat, oat and barley were planted at five seeding rates. Target plant populations were 15, 21, 27, 33, and 39 plants/ft2. Varieties tested were the ones popular with farmers, and also included different wheat and barley classes, Kirk says. 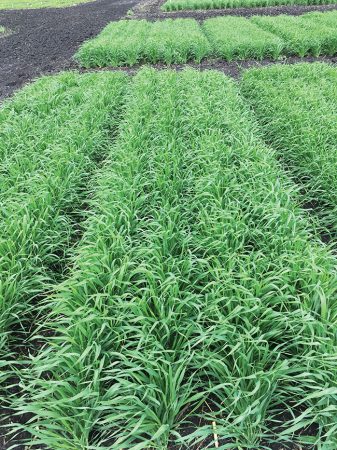 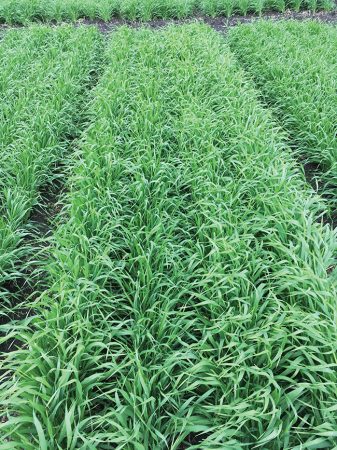 In wheat, AAC Brandon (CWRS) and Prosper (CNHR) varieties were tested. In barley, the malt variety AAC Synergy was tested, along with a two-row feed barley CDC Austenson. The white milling oat varieties CS Camden and Summit were tested in the trial.

The research also looked at heads per square foot (heads/ft2) to see if there were differences in the amount of tillering that occurred in order to compensate for lower plant populations. Kirk found that there was no significant difference in heads/ft2 between seeding rates at two of four wheat sites, four of five barley sites, and two of five oat sites, which she says demonstrates the ability of cereal crops to compensate for reduced plant populations by increasing tillering. 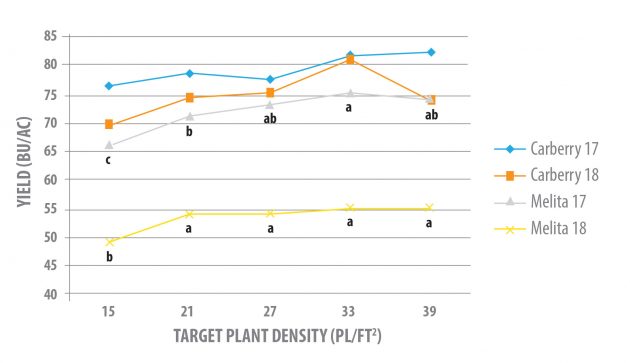 Wheat yield (bu/acre) at five target plant densities at Carberry and Melita. Statistically significant differences are shown by letters below the line. Treatments within the same site with the same letter are not significantly different (P<0.05). graphs Source: Kirk et al. 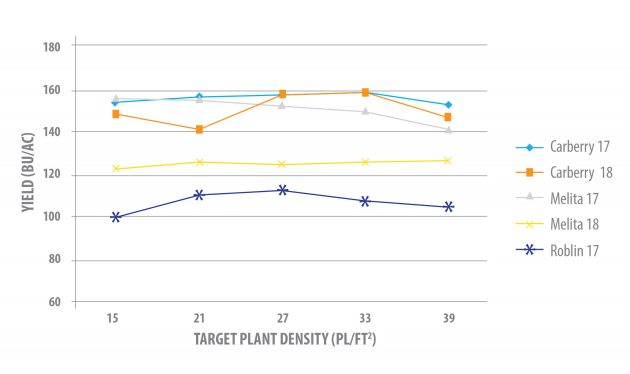 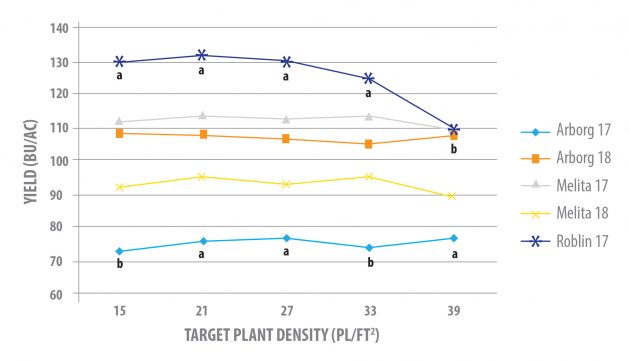 Barley yield (bu/acre) at five target plant densities at Arborg, Melita and Roblin. Statistically significant differences are shown by letters below the line. Treatments within the same site with the same letter are not significantly different (P<0.05).

At the majority of sites, both wheat varieties tested had similar responses to each target plant stand, indicating that similar seeding rate recommendations could be made for both varieties of each crop type studied.

The oat and barley sites showed similar yields across a range of plant stands, with one exception at the Roblin 2017 barley site, where the highest seeding rate had a significantly lower yield.

“It’s good that farmers likely haven’t been missing out on potential yield by using too low of a seeding rate,” Kirk says. “The research is going to be conducted again in 2021 with lower seeding rates to get a better handle on yield potential when farmers are left with an unintentionally thin stand.”