There’s more tech available than ever. How does one evaluate the cost? 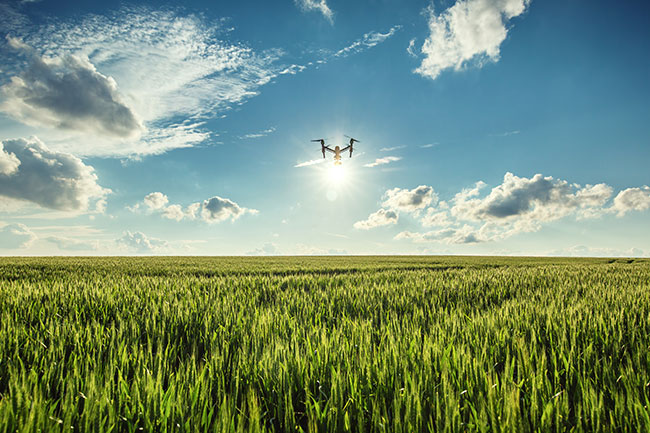 Implementing technology on the farm is an investment, but some options are becoming more affordable every year. IMAGE by valio84sl/GETTY IMAGES

With automation, artificial intelligence and enhancements that literally allow tractors and other pieces of ag equipment to “speak” to one another, growers are living in a world of limitless possibilities.

There is, of course, a difference between what is possible and what is practical. Besides the most obvious barrier to accessing technology – cost – there’s also matters of learning curve, compatibility and notoriously spotty rural Wi-Fi and cellular connections. In short, there is often a discrepancy between what is available versus what works for the average grower.

However, that doesn’t mean there is no room to adapt. As technologies popularized in the last decade come down in price, more producers have gotten their hands on advanced tech. Now, it’s become a matter of adapting – knowing not just what is available, but also how to make the most of it and ensure that your investment is worth it.

Eyes on efficiency
Alex Melnitchouk, chief technology officer of digital agriculture at Olds College in Olds, Alta., says even though technology is often thought of as a massive investment, the perfect analogy is sitting in the hands of most Canadians.

“How many people use landlines these days?” he asks. “We use cell phones not because they’re cheap – they’re not, and certainly Canada is one of the most expensive countries. But [we use it] because it’s convenient.”

Melnitchouk oversees Olds College’s SmartFarm, where the team spends its days testing, analyzing and evaluating new tech for farmers. He also works closely with the local farming community – many of whom are alumni of the college – and consults with the college’s producer panel, which comprises a number of farmers from Western Canada. The college works with these producers to address everything from what he calls low-hanging fruit – solutions-based issues such as predictive analytics, rural internet coverage and use of satellites – to higher-level concerns such as sustainability.

“It’s not just about increasing profits,” he says. “It’s about making the whole industry more environmentally friendly and sustainable.” Melnitchouk says he’s not in favour of excessive restrictions or regulations on the agriculture industry, and believes technological advancements can make better strides toward sustainability.

“If you think about innovative technologies in the ag industry, there is a direct way to reduce the amount of greenhouse gas emissions, use solar energies more efficiently, and so on.”

He says auto-guidance systems on tractors are a great example of quantifying the convenience factor in terms of payoff, noting these systems reduce overlaps between passes by up to five per cent. “If I were to translate that to the market, that means five per cent less fuel, five per cent less crop inputs and no regulations, just technology.”

Other solutions-based technologies and advancements he considers worth the investment are satellite crop monitoring and soil analysis. “Ultimately, it helps you reduce the amount of cropping and reduce expenses.” He doesn’t have a “magic number” at which an upgrade becomes worth the investment, because he says agriculture is no different than any other industry. “There’s no one-size-fits-all [solution] – it’s very different depending on the region [and] certain mentalities – but overall agriculture is not different than any other industry.”

Using tech for a different viewpoint
One piece of technology that has become more commonplace and come down in price in recent years is unmanned aerial vehicles (UAVs), more commonly known as drones. At a low price point, consumer-grade UAVs can be found in the $200 to $400 range, but some come with a heftier price tag, reaching $1,000 to $2,000. For ag-ready setups, which can also include attachments for fertilizer or pesticides, they can range from $1,000 into the seven figures.

John Scott, extension co-ordinator for digital agriculture at Purdue University in Indiana, has been operating UAVs for ag since 2017. Initially, he attained his commercial licence while working with industry. Since moving into extension, much of his work has focused on using UAVs for research and teaching landowners how to do so.

Scott notes drones are used broadly across agriculture, but says his primary use for UAVs is for crop research. “Our focus is mainly corn and soybeans, because Indiana is about 50-50 corn and soybeans as our main cash crop. But we also have branched out into livestock production, forestry, using it to look for diseases or [at] overall health.”

Within the specific corn and soybean focus, Scott’s primary goals are to look for diseases, weed escapes and late-season weed popups, as well as other things that don’t get measured or killed when spraying pesticides.

“We’ve been looking at fertility as well,” he says. “You can tell where the corn just didn’t do as well in those areas – it turned yellow early, and you can see it in those areas. So we’ve been mapping that. And we’ve been able to identify things from up in the air that we wouldn’t have seen from the ground. It’s nice to get up high.”

Scott adds infrared technology has come down in price without sacrificing too much quality, making it more common to see it added onto drones. While it’s valuable to get an idea of heat levels in the field, he says the more practical use in the short term is for livestock, tracking lost or potentially sick animals. On the crop side, however, there are “spray and spread” attachments which allow growers to spray pesticides or water, or to even spread fertilizer. “We’ve got some rolling ground where you can’t get across safely with a tractor. And I know that from experience because I rolled one over last year. But I can get across it with a drone.”

Besides price, one of the hurdles to getting UAVs in the hands of more farmers has been regulations. In Canada, drones are regulated on a federal level; in 2019, Transport Canada updated regulations allowing drone operators to fly the devices as long as they are not in any federally controlled airspace or at least three nautical miles from any aerodrome. Additional certification is also required to trigger pesticides or fertilizer spreading from the drones.

But sooner or later, Scott says, the question comes down to cost. Besides UAVs, Purdue is also working on education programs on IOT, data management, precision agronomy and more – these new machines and skillsets don’t tend to directly bring in revenue, but rather save money or create paths to new revenue over the longer term.

Getting the message across
Both Melnitchouk and Scott say community outreach is one of the most important aspects of their jobs – meeting farmers where they are and helping them address their needs, whether it’s in analytics and software or equipment.

Scott says sporadic or prolonged closures and restrictions have also hindered that. “It’s been a challenge, especially in the last year [with COVID], to get information out to people, and get good information out to people. Within extension, we’ve pivoted to virtual. Prior to last March, extension was very much a face-to-face, handshake, tailgate of the truck business.”

And therein lies an added layer of complications – rural broadband Internet. “That’s our biggest hurdle in confidence and adoption,” he says. “Some of the stuff we have, I can’t use in the field.” And, with more education being virtual, he says it makes the education aspect more difficult. “I’d have to go to campus [in] Lafayette to actually upload images from the field.”


Related
Future-proof farming: Practical tech on the farm
$49.5 million awarded to Alberta Innovates to boost tech in ag
Manitoba to use digital tech to grow ag labour force
What role do drones have on the farm?