August 7, 2014 - The release of a new type of switchgrass specifically designed for bioenergy generation has been announced by U.S. Department of Agriculture (USDA) researchers and their partners. Agricultural Research Service (ARS) scientists have spent decades working on different projects that contributed to the development of the cultivar "Liberty," which can yield eight tons of biomass per acre.

The release of the new cultivar is a significant milestone for ARS. It's also a key accomplishment for CenUSA Bioenergy, a project funded by USDA's National Institute of Food and Agriculture, which is tasked with developing perennial bioenergy production systems in the Midwest. An announcement about Liberty was published in the Journal of Plant Registrations in June.

Another plus with the new cultivar is that gains in yield were achieved without an increase in nitrogen fertilizer use, which helped lower expected production costs on the farm by approximately $20 to $30 per ton. With the increased yields, each acre of switchgrass could potentially be used to produce 75 to 160 more gallons of ethanol.

The development of Liberty followed several ARS investigations into the evolutionary patterns of switchgrass, which is a native North American perennial with a highly complex genome. This work has resulted in the identification of eight regional gene pools with traits that could be useful in developing switchgrass varieties for different production environments.

Results from these studies have been published in Genetica and Crop Science. 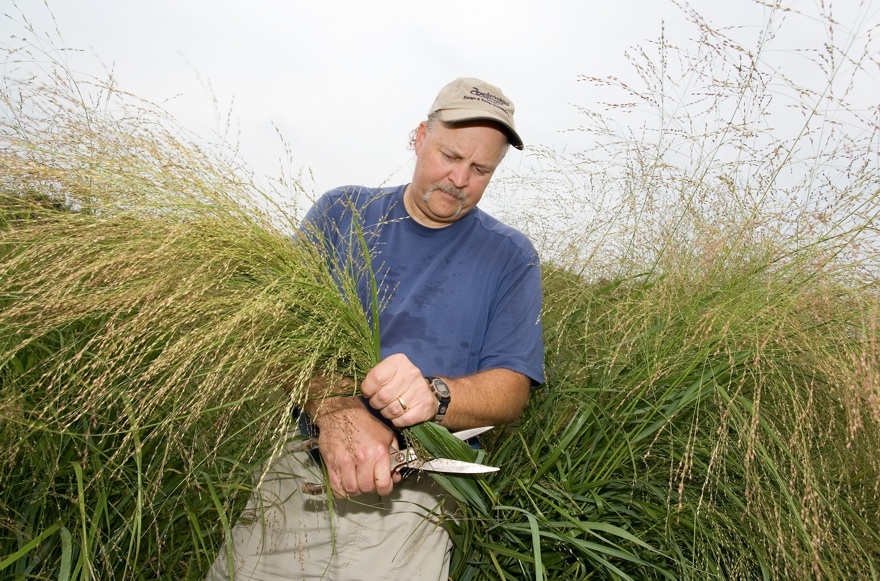