Urban sprawl has some Ontario farmers, agricultural organizations and even politicians looking to the north as the future for agriculture in the province. It is, after all, where producers can find cheaper land – typically priced between $1,000 to $1,500 per acre – and lots of it. 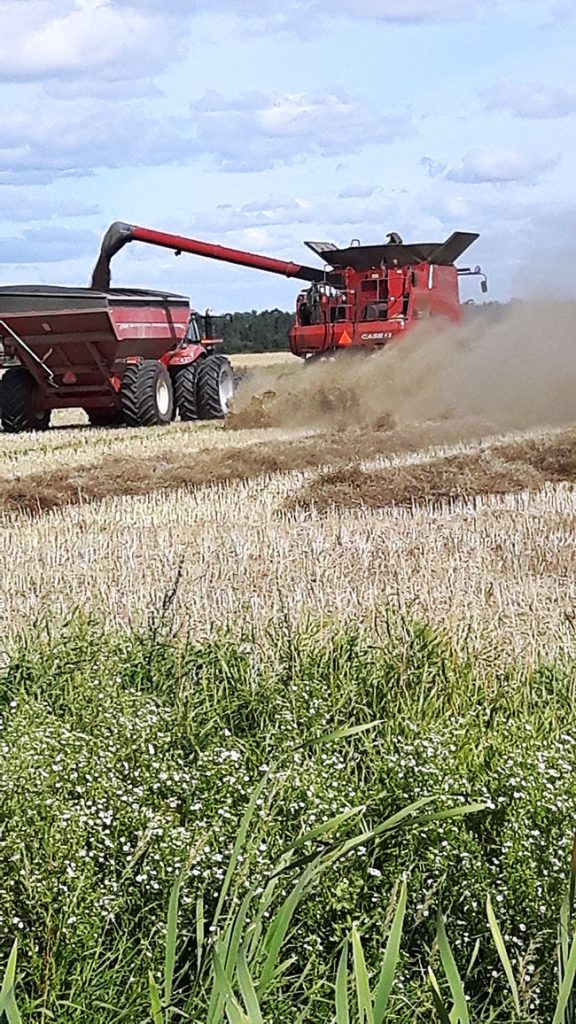 “There are 16 million acres in the Great Clay Belt and 13 million in the same clay belt in Quebec,” says Terry Phillips, an agronomist with the Co-opérative Régionale de Nipissing-Sudbury and a pea, soybean and cereal farmer in the northern community of New Liskeard, Ont. “That’s roughly 3.5 times all the current production of Ontario in the clay belt in Ontario and Quebec.”

Of that Ontario clay belt acreage, approximately 2,800 farms currently operate on 700,000 acres producing beef, dairy and, to a lesser extent, cash crops. However, Ontario’s Ministry of Agriculture, Food and Rural Affairs (OMAFRA) reports most districts in northern Ontario could increase that by as much as 20 to 50 per cent by bringing idled private lands back into use.

Daniel Tasse, an agricultural development advisor with OMAFRA’s regional economic development branch says the Canada Land Inventory has identified 4.4 million acres of the Northern Clay Belt as Class 3 or 4, which are both suitable for cultivation.

Overcoming the challenges
Despite the fertile land, a short growing season is one reason agriculture hasn’t expanded more in northern Ontario. That is shifting as climate change has a positive impact in the area; the warming climate over the past 50 years has increased crop options and improved yields.

“We’ve been growing fababeans in Temiskaming, but it’s getting too hot,” Phillips says. He explains an Ontario climate and agriculture assessment study revealed growing days in the clay belt area are expected to increase by 43 days by 2050. “We could grow cereals, canola, pulses, peas. Northern Ontario could become the next Saskatchewan for canola.”

The report revealed other impacts from climate change as well, including going from 30 to 64 days with temperatures over 25 C, an increase from 110 to 144 freeze-free days and improving land suitability scores from 5 to 3, and possibly even 2, on a five-point scale, where 5 is unsuitable and 1 offers slight to no limitations for a specified crop.

Climate isn’t the only challenge to overcome. “It can be tough to get people to go up north to live and work,” Phillips says. “And there’s zero infrastructure; no elevators, seed suppliers or equipment dealers.”

He says distance to market is another limitation, with northern producers paying at least 10 per cent of their cost on freight.

“There is a rail line and Highway 11 goes right through the clay belt, but there are no roads,” Phillips says. “If Crown land is sold, the government would have to build access roads and rail opens the North American market.”

And, like elsewhere in Canada, finding affordable farm labour is an issue. A successful mining industry in the region competes for labour and the social isolation limitations exacerbate the problem.

Northern farming success
As a second-generation farmer in northern Ontario – Phillips and his brother took over the pedigreed seed farm their father started in 1946 – Phillips is more than familiar with the challenges of operating a farm in the north. However, he really appreciates the freedom producers have there.

“There’s a lot of common sense up north still; there aren’t restrictions like in other parts of the province,” he says. “I have the freedom to do what I do using responsible, best management practices.”

“The south is not a lot different in terms of yields, but they have higher rent costs and can’t expand,” he says. “Customers here have operations in a 20 to 25 mile radius and can run equipment back and forth; in the south, there are restrictions moving large equipment around urban areas.”

“Agriculture has been identified as an emerging sector in the North that is well positioned to support our plan to grow the economy, create jobs and help people in their everyday lives,” says Michael Gravelle, Minister of Northern Development and Mines and Chair of NOHFC. He says that since 2013, they have invested more than $37 million through the NOHFC towards 111 agriculture projects, including tile drainage and land clearing to bring new farmland into production.

“This has leveraged more than $59 million in direct economic activity in northern Ontario, and has supported 372 jobs,” Gravelle says. “I am pleased to see Ontario’s investments help farmers take advantage of local and niche markets, contribute to a sustainable local food source for northerners and diversify our northern economy.”

Numerous organizations have also popped up to offer support, including Rural Agri-Innovation Network, Beef North, FarmNorth.com, the Northern Ontario Farm Innovation Alliance, and the Northeast Community Network, the latter of which is involved in hosting agriculture symposiums focusing on northern expansion. The most recent symposium, called Cultivating the Great Claybelt, took place on March 30 and 31 and included networking opportunities, developmental and informational workshops and speakers and individuals who advised and educated attendees in many areas related to farming and cultivating northern Ontario.

It’s all a step in the right direction, according to Phillips. “We, the Great Clay Belt, are the future of agriculture in Ontario,” he says. “The opportunity is exciting.”