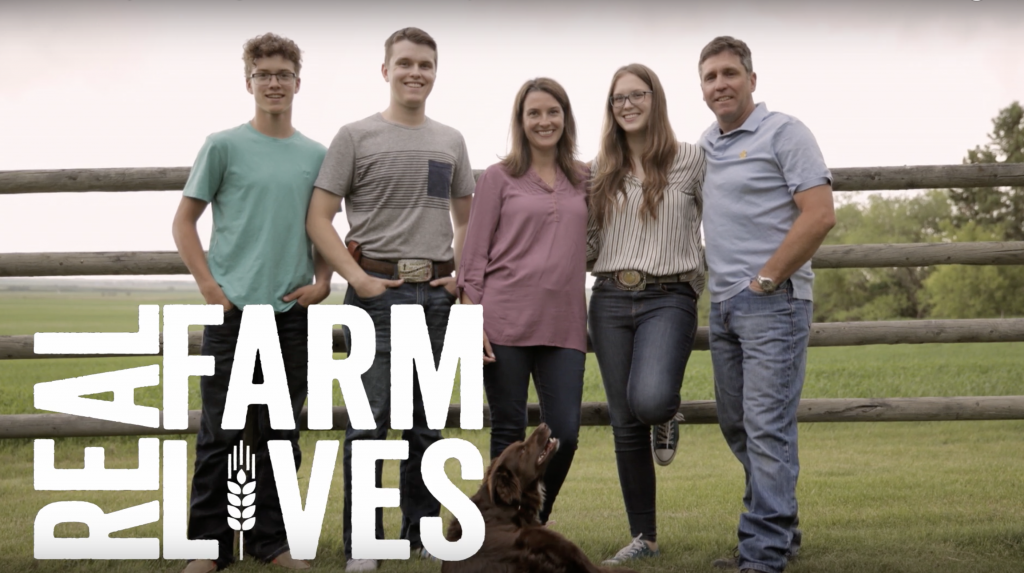 An Alberta farm is one of the two farms profiled in an agriculture documentary series that hopes to demystify food production in Canada.

Less than two per cent of Canada’s population lives on a farm, and this lack of connection to farming has led to confusion about safe farm practices and food choices. Real Farm Lives, a documentary web series about the realities of modern farming in Canada, returns for another season to help bridge the gap.

“We know Canadians have questions about food production and farming practices. That’s why we go straight to the source in Real Farm Lives,” said Pierre Petelle, president and CEO of CropLife Canada, the association behind the series. “We’re excited to build on the success of season one and continue connecting Canadians with real farmers who can help them better understand the complexities of modern farming and the challenges and innovations involved in feeding a growing population.”

Weather, insects, weeds and diseases all impact the crops and livelihoods of Canadian farmers. Real Farm Lives, which first launched in 2018, explores the role plant science technologies such as GMOs and pesticides play in protecting the food we eat.

In addition to the full episodes, there are videos called “Ask a Farmer” and “Myths Debunked,” along with “Real Farming 101” articles that fans can explore to learn more about the technologies and crops showcased in the series.

Season two introduces viewers to new faces, places and crops, featuring families from Alberta and Nova Scotia. Completely unscripted, the series reveals everything from the plant science technologies farmers use to improve their crops to navigating the unique dynamics that come with operating a busy family farm.

Matt and Tara Sawyer, together with their three teenage children, grow canola, wheat, and malt barley on a 4,200-acre farm in Acme, Alberta that dates back to 1903.

“Too few Canadians know what it means to farm in the twenty-first century and how farmers are able to grow quality crops that feed the world,” said Matt Sawyer, Sawyer Farms Ltd. “One thing is for sure – we couldn’t do it without crop protection products, which we use sustainably in the right place, at the right time, and with state-of-the-art equipment.”

“My parents built this farm from the ground up and Katie and I couldn’t be prouder to follow in their footsteps,” said Philip Keddy, Charles Keddy Farms Ltd. “As farmers, we’re only two per cent of the population in Canada so we feel it’s our duty to share our stories whenever we can to help people learn about where their food comes from.”