Droughts are a part of the Prairie climate and severe, prolonged droughts can put a strain on irrigation water supplies. Improvements can increase energy-use efficiencies, improve crop yields, and enhance the sustainability of water resources. Some of these improvements are also  eligible for current financial incentive programs. 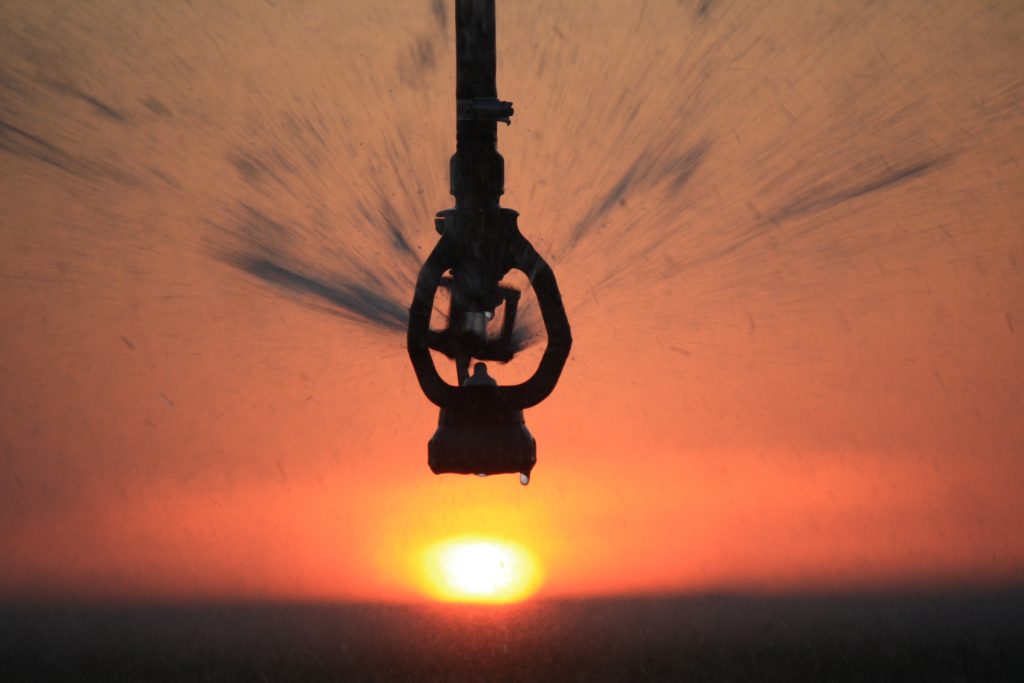 Converting to water-efficient sprinklers is one way to enhance water-use efficiencies.

Various practices can help farmers who use irrigation to make every drop count during short-term water limitations.

Look out for the critical watering period
“Then, following with that, would be to target irrigation applications to the crop’s critical watering period,” Ewen says. “Each crop has its own specific requirements for the amount of water it needs and it also has critical stages for irrigation to capture the most amount of yield. So, in drought situations you might want to make sure you’re watering at the most critical times,” Ewen says. For example, for potato the critical period is tuber initiation and tuber bulking, whereas for dry bean the critical stage is during flowering and pod-set.

Prioritize crops
“Another thing irrigation producers can do – and it’s a reality for much of the world that does irrigated agriculture – is to prioritize their crops,” says Ted Harms, a soil and water specialist with Alberta Agriculture and Forestry. “We saw that in Alberta about 15 years ago when the reservoirs were low and water was limited. Irrigation farmers would say, ‘I will absolutely give my higher value crops, like potatoes, dry beans and sugar beets, the water they need, and then I will cut back on the water that I apply to other crops.’ ”

Growers can also adjust the timing of irrigation applications. Ewen says, “You can apply water during the cooler times of the day and in calmer conditions to reduce evaporation so you get the most out of the available water.”

Convert from less efficient systems
Options for longer-term improvements include conversion from less efficient to more efficient irrigation systems. “Irrigation systems range from about a 50 per cent efficiency at the lower end [flood irrigation] all the way up to about 90 per cent efficiency of water use with a low-pressure drop nozzle system,” Ewen explains. “For instance, growers who are using flood irrigation or wheel-move irrigation could look at changing to centre pivot irrigation. And people who are running centre pivot irrigation but are still using overhead sprinklers or high-pressure systems could convert them to low-pressure drop nozzle systems.” 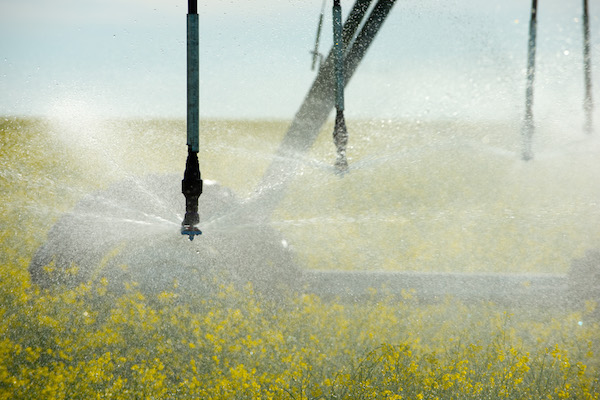 “Then over time, you’ll need to consider re-nozzling the pivots,” Ewen says. “As the nozzles gradually wear, the holes will get larger, and then your application rates will actually be higher than what your machine is programmed to do. You can be more efficient if you’re watering at the efficiency that it is programmed to do.” He explains that nozzle life spans range from about five to 10 years, depending on the water source; water with more sediment will cause faster wear. Growers should start checking their nozzles for wear after about five years.

“There are definitely things you can do to ensure that the water you apply to the crop gets into the soil and stays in the root zone so it’s available to the crop,” Harms says. “A properly managed irrigation system will apply the proper irrigation rates and minimize water losses due to surface runoff, deep percolation, canopy interception, evaporation and wind drift.” Proper management includes things like using pressure regulators and regularly maintaining and repairing irrigation equipment (including checking for plugged or damaged sprinklers) to ensure your system is operating as designed. 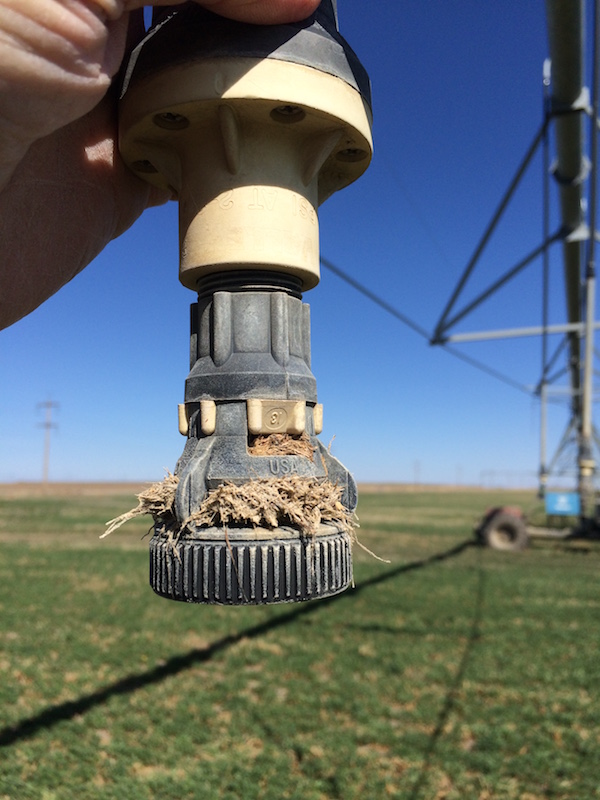 Consider VRI
Ewen’s final suggestion is to consider a variable rate irrigation (VRI) system. VRI offers potential benefits such as improved water-use and energy-use efficiencies and more uniform crop yield and quality across the field. In VRI systems, irrigation water is applied using a prescription map based on factors like the variations in soil texture and topography across the field. For instance, low areas in the field where water tends to pool would get less irrigation water than higher areas. Then, for each irrigation application, ideally that prescription would be adjusted to apply the correct amount of water as soil moisture levels and crop water needs change over the course of the growing season. 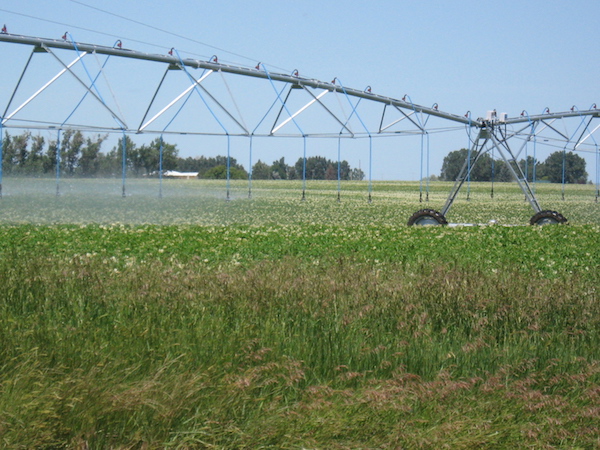 “Variable rate irrigation will certainly benefit a lot of irrigation producers, improving their application efficiencies or reducing their applications, particularly if they have topography with lower spots and higher spots. But at this point, it’s a lot of information to process to optimize a variable rate system,” Harms cautions. “We did a study in Alberta a few years ago where we had six zones within the field. We instrumented the zones with soil water sensors and we had an automatic rain gauge. Then, on a daily basis, we’d get the information from the field, including the soil water status in the six zones and if there was a rainfall, what the distribution of rainfall was, or if there was an irrigation application, then the distribution of irrigation. Then using that data, we would formulate the next prescription. It requires a lot of information to be able to tell the pivot how to differentially irrigate the field.”

Ideally, Harms would like to see a seamless information stream, where the daily information from across the field would be automatically collected and put into a decision support system that would be directly linked to the irrigation system.