Breaking down the impact of the challenging harvest of 2018 on prairie producers. 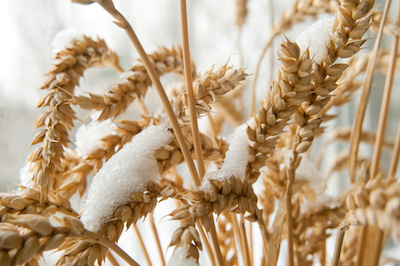 For many growers in Western Canada last year, cold, wet fall weather and some early snowfalls led to a challenging harvest in 2018. While thousands of acres were left unharvested, the number was less than what was experienced in the difficult harvest season of 2016, according to crop insurance agencies in Alberta, Saskatchewan and Manitoba.

Sangster recounts a lot of Alberta farmland was snowed under in 2016, which led to the unusually high number of unharvested acres that year. So when cold temperatures, rain and snow settled in during harvest time in much of the province in 2018, there were fears it could happen again. Fortunately, that wasn’t the case and warmer weather in late October enabled most farmers to complete their harvest.

Shawn Jaques, CEO of the Saskatchewan Crop Insurance Corporation (SCIC), says it was a similar situation last year in northern Saskatchewan, which experienced a later than normal harvest due to snow in September that persisted into October.

“Southern Saskatchewan had a really good harvest. There was warm, dry weather and they got the crop off no issue, but harvest was delayed in the northern grain belt,” he says. “Having said that, we had some warm and sunny weather in mid to late October and producers got back out in the field and finished combining.

“Despite all those challenges in harvest conditions, something like 99 per cent of the crop got harvested and producers were able to pull off an average to above average quality crop.”

Jaques says the SCIC insures about 30 million acres of farmland in the province. Of that, approximately 130,000 acres were left unharvested. “There’s definitely some crop left out,” he says, “but compared to 2016 when we had 1.6 million acres left out, it’s not that many acres.”

In Manitoba, about 100,000 acres of farmland were left unharvested in 2018, according to David Van Deynze, vice president for the Manitoba Agricultural Services Corporation (MASC). However, Van Deynze notes that’s only a small fraction of the overall number of seeded acres in Manitoba, which totals around nine million acres.

“Most years there’s always a few acres that go unharvested, and 100,000 acres is not uncommon,” he says.

Van Deynze says many Manitoba producers struggled “because the weather wasn’t great through September and parts of October. But at the end of the day, producers were able to successfully harvest almost all of their acres.”

“They managed to find some short windows at some tough times, I would say from mid to late October, when they were able to scratch and claw their way to get most of it,” he adds. “Farmers are a resilient bunch and they put a crop in the ground with the intention to harvest it, so they generally do whatever they need to do to make that happen. They just stayed at it.”

Van Deynze says growers with unharvested acres are sometimes faced with a difficult decision in the spring on whether to try to market the crop, bale it for feed, or destroy the crop entirely.

“If they decide to bale or destroy it in the spring because it’s deteriorated to a point where they’re not going to bother harvesting it, they should call us before they bale or destroy anything so that we can properly evaluate [the situation] and inform them how that impacts their insurance,” he says.

“If they’re going to combine their crop, then they just need to update us after combining it to tell us what yield they actually did get. Then we can run the numbers comparing it to their coverage and determine whether they’re in a claim position or not.”

Van Deynze says the challenging harvest in 2018 did lead to quality issues for some producers, but he adds average yields in Manitoba ended up being quite good, which dampened the number of claims submitted through the MASC’s yield-based insurance program.

“In some cases, they didn’t get that last bit of crop off in the condition they wanted to. But overall it was above-average year from our perspective for producers,” he says. “Overall, growers had enough production typically in the bin that they didn’t generate a lot of claims this year. Our numbers are relatively low from an insurance perspective for 2018.”

Van Deynze acknowledged that many producers had to incur extra costs as a result of wet harvest conditions.

“A lot of drying happened from what I understand,” he says. “Some of the crop was probably taken off tough and had to put it through some sort of drying or aeration [process] to make sure it stays in condition through the winter here.”

Sangster says some Alberta growers saw lower grain yields in 2018 because of adverse weather conditions, especially in the southern part of the province due to drought conditions in the summer. She says about 4,500 AFSC clients submitted post-harvest production insurance claims.

Sangster notes that the biggest impact of the 2018 weather was on crop quality. “Grain quality was affected this year, so producers may not be able to get top prices when marketing their grain due to grade,” she says.

Jaques says some Saskatchewan growers also experienced quality losses, especially with grain crops harvested later in the fall. The extremely dry summer in some of parts of Saskatchewan also contributed to significant yield losses for some growers, he says.

“We do have about 7,900 post-harvest claims that were registered across the province for different causes of loss,” Jaques says, adding that this number is “probably slightly below average.”

When the harvest of 2018 started, stalled, stopped, and started up again, it was difficult to imagine how it would end. The unpredictable weather that brought early snow also gifted two weeks of warm weather allowing producers to wrap up harvest and avoid a repeat of 2016.

Finding answers to crop insurance questions
Shawn Jaques, CEO of the Saskatchewan Crop Insurance Corporation, says any time a farmer is unsure about what kind of impact weather will have on their crop insurance, the answer can usually be found a phone call away.

“If you’re experiencing a weather challenge on your farm and you think it’s going to impact the production of your crop, contact your local crop insurance office and we can help you out,” he says.

“We can work through and answer any questions that you may have on how your insurance coverage will be impacted by whatever weather event you’re facing, whether it’s harvest challenges in the fall or dry conditions in the summer or maybe establishment issues in the spring.”