August 9, 2016 - Farmers in Northern Ontario have a short growing season. There’s little room for error, and every bit of data helps. That’s why for the past seven years, a research team has built a tool that gives both real-time and historic information that helps growers make more informed crop management decisions.

The project, called GeoVisage, is the brainchild of three Nipissing University researchers – geographers Dan Walters and John Kovacs, and computer scientist Mark Wachowiak. The team says the project was born from a request from area farmers to collect data that could be shared with farmers in a timely way on their own farms.

“Initially the idea was to collect quality information that could be shared among Northern Ontario farmers without requiring them to meet in person all the time,” says Kovacs. “Our area saw a shift from cattle to cash crops about ten years ago, and farmers needed enough data to decide what different types of cash crops made sense to grow.”

Farmers typically relied on inadequate data from weather stations at regional airports, which can be up to a hundred kilometres from farms, and located on escarpments, rather than the clay belt, where crops grow. Over the past seven years, Walters and Kovacs have installed a series of weather stations on farms throughout the region. Some units update key data points every hour, while newer stations provide real-time updates, accessible through the GeoVisage system by computer or other device. The team also incorporates satellite imagery and drone technology for aerial views of fields at different times throughout the season.

“It took some conversations with local farmers to realize what they were using the information for, and what changes they wanted to see on the user interface,” says Kovacs. “We learned soil temperature is important for seeding, wind speed is important for making spraying decisions. Heat availability can help with assessing new opportunities, like growing corn under plastic.”

Kovacs notes drone technology proved useful in helping one producer measure the distance between tile drainage runs in a newly-acquired property, and another producer used aerial images to investigate the extent of crop damage caused by crop pests such as army worms. “Having farmers involved in collecting and using the data has been important for this project,” says Walters. “We’ve partnered with producers associations and government on different projects, and it’s been a valuable learning experience for our students and faculty.”

The data is available at no cost to producers in the region, and it serves as an important source of information for students and researchers across Canada. The project received funding from the Northern Ontario Heritage Fund Corporation and in-kind support from Agriculture and Agri-Food Canada. For more information visit http://geovisage.nipissingu.ca 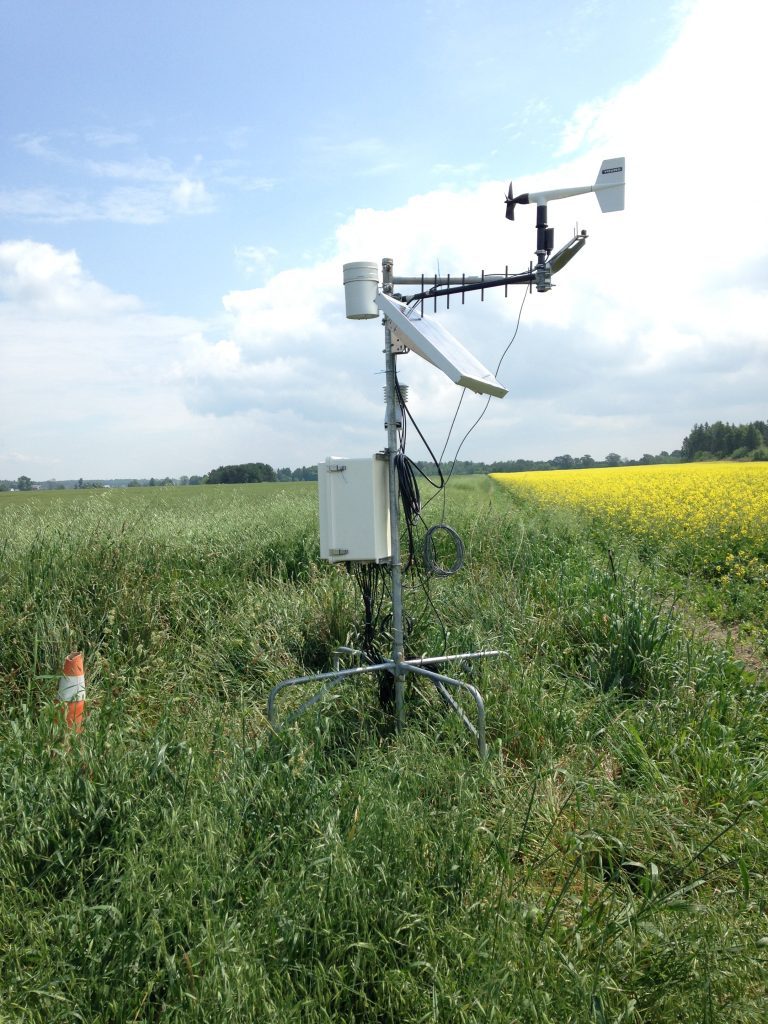 A research team has built a tool that gives both real-time and historic information that helps growers make more informed crop management decisions.