In the current issue of Nature, a team of researchers led by Michigan State University shows that marginal lands represent a huge untapped resource to grow mixed species cellulosic biomass, plants grown specifically for fuel production, which could annually produce up to 5.5 billion gallons of ethanol in the Midwest alone.

"Understanding the environmental impact of widespread biofuel production is a major unanswered question both in the U.S. and worldwide," said Ilya Gelfand, lead author and MSU postdoctoral researcher. "We estimate that using marginal lands for growing cellulosic biomass crops could provide up to 215 gallons of ethanol per acre with substantial greenhouse gas mitigation."

The notion of making better use of marginal land has been around for nearly 15 years. However, this is the first study to provide an estimate for the greenhouse gas benefits as well as an assessment of the total potential for these lands to produce significant amounts of biomass, he added.

They then used a supercomputer to identify and model biomass production that could grow enough feedstock to support a local biorefinery with a capacity of at least 24 million gallons per year. The final tally of 5.5 billion gallons of ethanol represents about 25 percent of Congress' 2022 cellulosic biofuels target, said Phil Robertson, co-author and MSU professor of crop, soil and microbial sciences.

"The value of marginal land for energy production has been long-speculated and often discounted," he said. "This study shows that these lands could make a major contribution to transportation energy needs while providing substantial climate and – if managed properly – conservation benefits."

This also is the first study to show that grasses and other non-woody plants that grow naturally on unmanaged lands are sufficiently productive to make ethanol production worthwhile. Conservative numbers were used in the study, and production efficiency could be increased by carefully selecting the mix of plant species, Robertson added.

"With conservation in mind, these marginal lands can be made productive for bioenergy production and, in so doing, contribute to avoid the conflict between food and fuel production," said Cesar Izaurralde, PNNL soil scientist and University of Maryland adjunct professor. 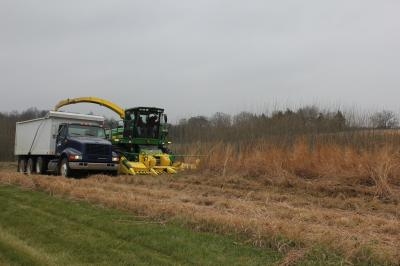 Marginal lands can serve as prime real estate for meeting the alternative energy production goals of the US. Researchers at Michigan State University have shown that marginal lands are an untapped resource to grow biomass to be used for fuel production.