The farming operations of today demand a different skill set from the farms of yesterday. 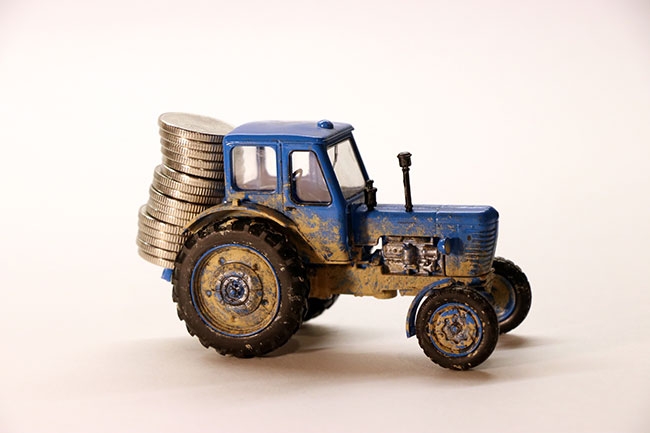 "It doesn’t matter if it’s an agronomic, enterprise or machinery decision, it all comes back to financials and if it’s economical,” Garrett Sawatzky, professor in the Agricultural Finance diploma program, says.

The plan was all set – the 7,000-acre grain farm would transition from father to son, as would two other enterprises, each earning about one million dollars in revenue annually. Out of everyone in the family, only one son was interested in farming.

During a meeting with their financial advisor, his interest in farming was apparent: “I don’t want my butt glued to that chair.” But for that size of farming operation, that’s exactly where he needed to be. He wanted to farm – but he didn’t want to manage a business.

The lack of interest in the finance side of farming remains a hurdle during succession planning. A majority of farms are reluctant to mentor on the financial side of the business because they’re not interested in it either and it’s easy to set aside. “Other stuff is pretty important, and it’s what their passion is, so it’s easier to speak to the next generation about the agronomy, or the livestock, than it is the finance,” Betker explains. Some farmers may not understand the details themselves so they delay teaching it to their successors. “If their children ask them questions, or maybe the balance sheet doesn’t look that strong . . . it’s easier to push it off.”

How important are finance skills for today’s farm?

In his role as a consultant, Betker talks quite a bit with lenders. “I’ve listened to lenders speak often about wishing that farmers would come to them with a better understanding of their financial position,” he says. The lenders want to invest in farmers who are confident about understanding their financial situation and can discuss it. “Then [the lenders] are going to use that more purposefully in deciding whether or not to lend the money and at what cost.”

As investments increase, debt financing becomes a necessary option. Future successors will benefit from having a basic level of financial acumen because it’s tied to whether or not they will be able to finance future investments.

In addition to higher risk and narrowing margins, “I can’t think of very many farms that are going to transition from mom and dad to the next generation, where those farms look like where their parents started,” Betker says. As operations grow, so does the demand for skills off the field. The family in the opening example did not start with a 7,000-acre grain farm, so current successors are jumping into management roles within large operations without the gradual learning opportunity their parents had. Successors need to pair a passion for farming with proper preparation and mentorship on the management side.

Barry McBlain took over his family’s cash crop farm in Brant, Ont., and his son is taking over for him. They farm about 3,000 acres of soybeans, wheat and corn. For an operation of that size, McBlain says having management skills are hugely important. “And it’s probably the harder part because it can be pretty dry sometimes. Everybody wants to go plant . . . or dig up plants and look at the roots, but when the sun is shining not many people want to sit in the office and go over numbers with the banker.”

Both McBlain and his son completed diplomas in agriculture at the University of Guelph and continue to learn more about the finance and succession side of the business through ongoing events and courses.

“You don’t go from playing peewee hockey to the NHL, and same for business, you can’t go from grade eight to running a farm like the farms are set up today. You have to pay your dues whether that means going to school [or] going out working somewhere else,” McBlain says.

What do you get out of formal education?

Garrett Sawatzky is entering into his fifth year teaching at the University of Manitoba School of Agriculture’s diploma program. The agricultural finance diploma spans two years and covers topics like financial management, marketing, economics, tax, succession planning and human resource management, among others. Sawatzky teaches financial management and is involved with the management planning project, a two-year project where students develop a business plan for their own farm or a case study farm.

The project culminates with a presentation in front of a panel of professors, agronomists, bankers, and farm leaders where the student explains and defends their projected plan. “For most of them, it’s literally the most applicable thing they can ever do if they want to return to the farm,” Sawatzky says. Past students look back on the project as a rewarding experience and feedback has always been very positive.

As to whether or not a formal education is necessary, it is recommended. “The way I see it, it really ramps up what you’ll know at an earlier age, and I’m not saying you won’t learn this stuff eventually as you farm…[but] the earlier the better,” Sawatzky says. He also adds in the benefit of being able to network with your classmates also in the agriculture industry.

Betker also teaches within the diploma program, and while he still recommends formal education, he acknowledges its shortcomings. “[It’s] challenging for someone coming right out of high school to go into a diploma program and learn about farm management when they haven’t practically done much farm management, and really have an appreciation for the importance of what it is they’re learning,” Betker says. As a professor, he sees the difference among students fresh out of high school and those who have worked on a farm for a couple of years and then decide to take the diploma program.

Even though the skills might not be put to use right away, an education lays a solid foundation, and exposure through programs like 4-H (a non-profit youth development organization that, depending on the area, runs monthly classes to learn and develop new skills such as farm safety) can help. McBlain takes it back to his 4-H days and the crops club. “You didn’t realize at the time what that was ingraining in you . . . the importance of keeping track of your cost of production and financials.”

“You get an education so when you’re sitting in a meeting, you’re not wasting anybody’s time and you can accomplish something,” McBlain says.

What can a successor do?

Like succession planning, comfort with every financial aspect of the business is not going to happen overnight. Sawatzky encourages successors to keep on learning and talk to people who know more than them. There are resources and seminars available through Farm Credit Canada, Farm Management Canada, banks and other institutions. The most important thing for Sawatzky is “just know where you are financially at any given time.”

Accounting, management and human resources can be outsourced, but it’s important to know where you stand and understand the recommendations given and implications of each decision.

For successors looking to go beyond just maintaining an existing operation, “try and anticipate what [your] future skills are going to be. Not just finance, agronomy, marketing, but things like leadership, negotiations, governance and [conflict] resolution,” Betker adds.

Every year Betker asks his class a question – how many of you are from a farm? This past year, in a classroom of about 80 students, Betker saw the largest number of hands go up that said they weren’t from a farm. These students didn’t come from a farming background but wanted to manage a farm. The farms of today are different from the farms of yesterday, and now, a viable career option for those who didn’t grow up on a farm. For some successors, or outside parties, ensuring success means focusing on finance and not just the farm.