John Baker says too many people around the world treat soil like dirt when it should be revered because “our lives depend on it.”  He believes that because soil isn’t sexy, is not on our radar and is metaphorically beneath us, it’s taken for granted by many farmers and ignored by politicians and city dwellers.

“Instead people are besotted by climate change when improving soil health and feeding the world is more important,” he says.

“Climate change, while serious, is not going to starve you but the rape of our soil over the last 1,000 years through traditional tillage methods, is already leading to reduced crop yields and will eventually result in famine and malnutrition.”

FAO predicts the world, on average, has 60 more years of growing crops left while the Farmers Weekly claims that only 100 harvests remain in the UK. Eighty percent of the world’s food comes from crops.

Ironically climate change and soil health are closely related and can benefit each other Baker, who has a MAgrSc in soil science and Ph.D in agricultural engineering from Massey University, New Zealand, explains.

“Soil health is strongly influenced by the amount of carbon in the soil. That carbon has been oxidised by conventional tillage (ploughing) and even minimum tillage and discharged as carbon dioxide back into the atmosphere. Tillage does nothing to recapture it,” he says.

“As a result the carbon that was in the soil is now in the atmosphere and contributes to climate change when it should be back in the soil.”

“The answer is to take it out of the atmosphere and return it to the soil where it belongs which would be a win-win for climate change and soil health. About 20 percent of CO2 in the atmosphere is caused by tillage.”

He explains that if the soil remains undisturbed, the carbon and organisms it feeds start to create a healthy soil that, in turn, improves crop yields enabling them to feed the additional millions of people who’ll populate our planet in the next few decades.

“The UN General Assembly has declared 2015 as the International Year of Soils. We are two-thirds of the way through the year and so far we’ve only paid lip service. The clock is ticking on how many harvests the world has left so it’s time to stop being complacent,” he says.

“Only low-disturbance no tillage can save the world but it requires recognition and an innovative approach from politicians and people in authority before it’s too late.

”The way to begin he emphasises is by recycling crop residues ie what is left of the crop after harvesting the grain. Baker says the residues, whether standing stubble, lying straw or chaff, are the food stuff of microbes which build soil structure and form symbiotic relationships with plant roots to increase the uptake of nutrients.

“They are not trash to be disposed of or burnt off They are the resources to grow the next crop,” he points out. “To do this you might have to farm ugly but it’s better than a tidy ploughed paddock which has destroyed the organic matter and released the carbon into the atmosphere.”

Baker is talking about the stuff of life. One way or other soil provides up to 90 percent of our food. There are more living organisms in a cupful of healthy soil than people on the planet he says yet conventional tillage, practised over the centuries, is killing the soil, much more than pesticides, chemicals and fertilisers have ever done.

Baker has long advocated the use of low disturbance, no tillage. The process, which penetrates through crop residue on top of the soil and sows seeds and fertiliser in separate bands beneath it, causes minimal disturbance to the soil, traps the humidity, preserves the organisms and soil life, largely prevents carbon from escaping and increases yields.

His own Cross-Slot no-tillage drills are sold in 18 countries and used extensively in the US and Canada, Australia and the UK where farmers have become alarmed at the declining quality of their soil.

“While many scientists and leading arable research groups are focusing on above the ground remedies in terms of pesticides, herbicides and genetic engineering, they’ve ignored the destruction beneath their feet,” he says.

“We will eventually starve if we don’t focus on where the real problem is.” 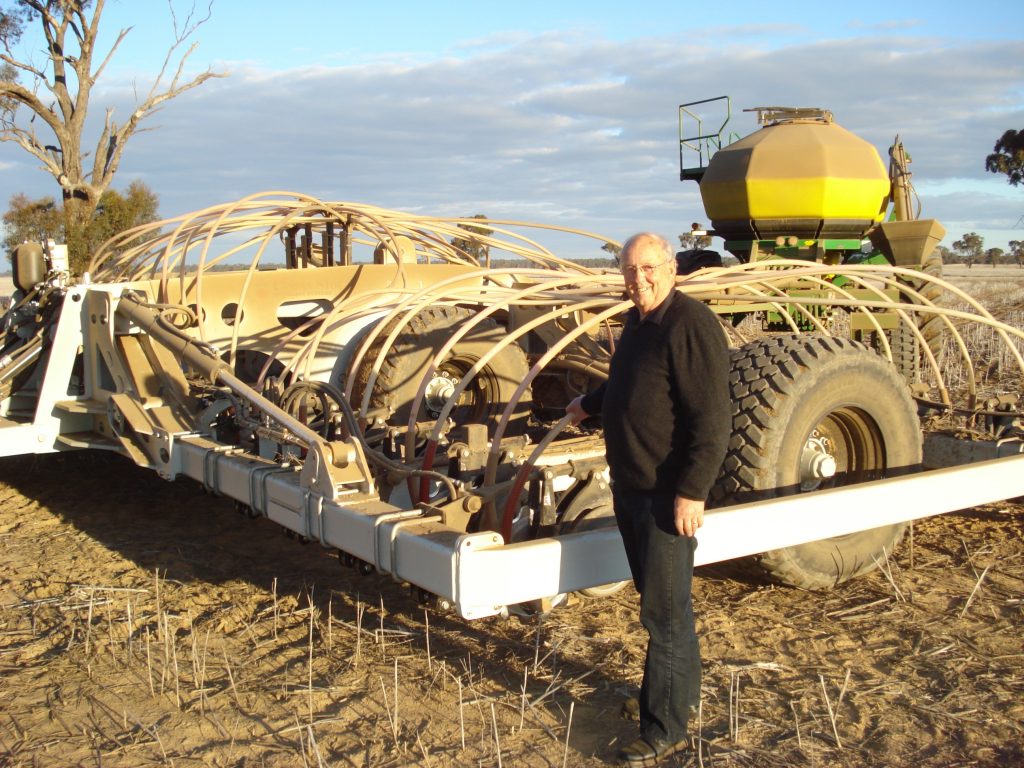