Canadian Western Red Winter (CWRW) wheat and Canadian Western Red Spring (CWRS) wheat have traditionally been prized by international customers for their protein content, gluten strength and bright white flour colour. But last year’s Canadian wheat crop saw significant downgrades in number one and two classes for a variety of reasons, including hail damage, excess moisture and disease. But the number one cause of poor grain quality in 2014 was mildew, and international customers noticed.

Mildew is a fungal condition that develops in unthreshed grains in excessively damp weather, and the result is a greying seed coat that, after processing, darkens the colour of the flour. Asian markets, which account for a vast portion of Canada’s export wheat sales, prize bright white flour.

According to Dave Hatcher, program manager for analytical services and Asian end products at the Canadian Grain Commission (CGC), mildew tends to grow on the brushes of wheat and the top portion of the kernel, and then works its way into the kernel itself. “When you are milling wheat, unless you go with very high quality flour, the whole milling process involves scraping the bran away from the endosperm,” he explains.

“As you do this commercially, there are certain yields you require to be economically viable. Once you clear 70 per cent you significantly increase the bran, and with that you bring in the mildew, which causes a discoloration,” he says. “So this impacts the miller because in order to avoid discoloration, they have to mill to a lower extraction which affects the bottom line.”

It’s a question of aesthetics, not safety (darkened flour carries no health risk) but in international cuisine, the way food looks is often as important as how it tastes.

At the Winnipeg-based Canadian International Grains Institute (Cigi), a team of researchers is devoted to evaluating Canadian grain quality and assessing potential avenues of improvement. Cigi has its own test kitchens where flour colour is assessed along with other factors that impact the functionality and consistency of flour in a range of bread products.

“Flour colour is important to customers because it can significantly impact the colour of end-products,” explains Yvonne Supeene, head of baking technology for Cigi. “This is especially true of noodles and steam buns, but it can also impact the internal crumb colour of pan breads, making it less appealing by imparting a duller and grey appearance. For noodles and steam buns, flour colour is the primary and first specification required by manufacturers.”

According to Elaine Sopiwnyk, Cigi’s director of science and innovation, and Lisa Nemeth, technical specialist for winter wheat, colour is very important in bread production, particularly for customers in Asia. “But not as important as protein content and quality – in other words, gluten strength – and water absorption. The extraction rate of the flour can also significantly impact the flour colour and therefore the crumb colour.”

Cigi says CWRW wheat is highly regarded for having a very bright white flour colour, making it desirable for the production of noodles and steamed buns. But currently the quantity of CWRW available is limited due to production challenges from 2014-15.

Research-based solutions
According to JoAnne Buth, chief executive officer at Cigi, the institute conducts an assessment of the quality of wheat grown in Western Canada every year shortly after harvest. “Cigi conducts a thorough analysis of wheat, flour, semolina and end-product quality, including baking, Asian noodle, steamed bun and pasta evaluations, as applicable, by obtaining representative commercial composites of relevant wheat classes and grades,” Buth says.

Based on the results, Cigi’s technical staff develops recommendations for millers and end-product processors to assist them in mitigating the effects of any downgrading.

Buth says Cigi’s analysis of the 2014 wheat crop showed a moderate decrease in flour brightness that resulted in slight decreases in the internal crumb colour of pan bread and Asian noodles. “The same trend was also evident for semolina colour and the resulting pasta colour,” she says.

“Overall, our results showed that although mildew resulted in the downgrading of wheat in 2014, the effects were manageable and colour was within acceptable limits for the various end-products.”

CGC is the federal authority for quality, with both Western and Eastern Grain Standards Committees meeting twice a year, and as such is continuously engaged in studies of grading standards.

“CGC is always re-evaluating the current grain standards in all of our grading factors to ensure they reflect the intrinsic value of the grain,” Hatcher says.

Currently, CGC is engaged in a project analyzing a large number of samples that were downgraded for mildew damage.

Because mildew damage is a subjective grading factor, meaning there are no percentage limits set for each grade, the “degree of soundness” is used to visually assess the overall damage of samples under consideration.

“We’re also working with our mycologist and he’s come up with a new way of quantifying, by molecular biology, the nature of the mildew fungi itself, the two different species involved, and whether there’s a species effect,” he says.

In addition, CGC is engaged in a project evaluating potential mycotoxins produced by mildew.

“I want to stress that we’re constantly re-evaluating all grading factors to make sure that the science supports them,” Hatcher says. “This year we have to look at the mildew because it’s such a dominant factor and had a big impact. We’re trying to do due diligence so that producers and buyers are getting fair value.”

Hatcher says CGC is beginning its second year of this study, but more work is necessary.

“The environment plays such a dominant role that it is wise to ensure you have at least two to three years of data before you make changes to any system that could have significant economic impact for growers or buyers,” he says. 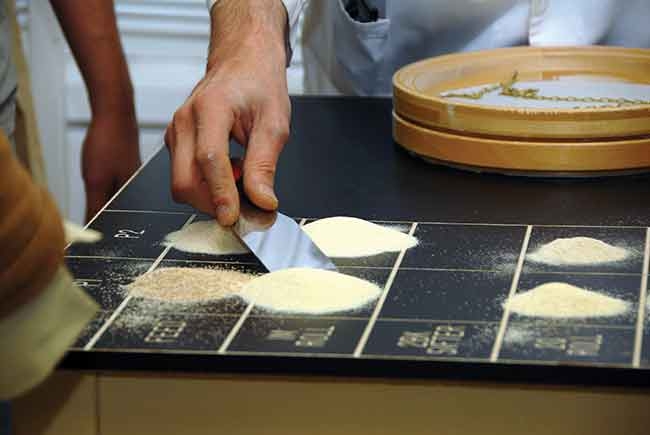