But effect on Canada a question. 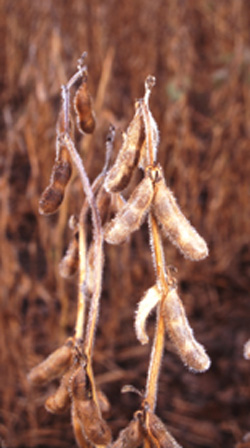 In March 2006, a business news story reported that China was going to boost
its research spending from 1.3 percent of its gross domestic product to 2.5
percent. The story noted this near-doubling of its budget would have 'a priority
given to biotechnology' and suggested gene therapy, abandoned in other countries,
as a viable target for those increased dollars.

Given the sheer size of China's workforce, that 2.5 percent GDP might garner
some interest in Canada and North America. On a widespread basis, however, it
did not appear on many peoples' radar screens.

But for those directly involved in the biotech sector in Canada, word that
China may funnel more money into their own biotech research has not gone unnoticed.
For years, China has been described in many ways in the global economy as: a
fly in the ointment, a wild card and even a technology pirate. Some attribute
that to envy, especially considering the Chinese ability to organize and develop,
be it resources or infrastructure, and all in a relatively short period of time.

For Dr. Gordon Surgeoner, the announcement of a wakened 'sleeping giant' is
less surprising and more a confirmation that biotechnology is, in fact, a good
thing. "On a day-to-day basis, it doesn't really shake things up, but in
the long-term, we've always thought of China as being a low-cost producer,"
explains Surgeoner, president of Ontario Agri-Food Technologies in Guelph. He
contends the Chinese have had excellent scientists and business people working
on their behalf for many years, and the announcement of increased spending is
a next logical step. "What you're hearing is 'We're moving beyond a low-cost
labour market, to an economy where low cost labour will be important, but also
having the best ideas in the world will be important'."

With progress comes transparency
Although they may be on the trail of technological excellence, the one thing
that comes with increasing research and development is increased transparency.
On the one hand, the Chinese want to spend more to attract greater investment
in new technology, which may be a threat to many in other countries. Yet, once
they begin performing on a global stage, the Chinese will have more of the world
watching their progress, which will be a benefit for everyone. "I think
it's good that they are the world's largest population and that they're embracing
technology," says Surgeoner. "But when they start coming up with leading
patents, they'll want protection, and the only way they get that is by playing
by the rules."

Questions remain, however, as to how and when this will affect biotech development
on a global, continental or national basis. China may concentrate more on gene
therapy, leaving agricultural biotech endeavours to North American based companies.
To Mike McGuire, director for eastern Canada trait and seed for Monsanto, the
issue is one of timing: it is too early to know how this will develop?

The first piece of the puzzle yet to be determined is which kind of application
will the Chinese address? If they turn to agriculture, will they look to improve
soybeans, corn, cotton and canola? Or will the Chinese consider improving their
dietary needs? "The hard part for me is where they put the focus,"
says McGuire. "That will dictate how much impact that has on us, and the
other piece is whether that will be directed towards feeding their people or
to exporting food? My guess is they are going to try to feed people."

That reflects a predictable trend that as a society's wealth increases, its
middle and lower income classes almost always improve their dietary standards,
especially with meat. In order to do that, the Chinese would have to improve
the productivity of their crops which would then be used to feed the animals
to feed the people. "I go back to the question of 'where will they focus?':
is it going to be rice, safflower and flax or corn and soybeans?" asks
McGuire. He adds that concerns in North America, like eliminating the grittiness
or 'beany flavour' in soy milk, are not shared by the Chinese. "They don't
care about that, so are they going to focus on herbicide tolerant crops or are
they going to try to create crops that take up more iron or fix some health
problem that they have?"

Simple science but not a simple process
As for fears that Chinese interests may someday unravel the secrets of previously
developed biotech applications, McGuire uses a computer analogy. If the North
American market represents a Pentium computer, then the Chinese are closer to
the 486 stage. Although herbicide tolerance is a technological advancement,
it is done on plant tissues, not mechanically reproduced like a DVD or a five-blade
razor. "We start with genetics which makes it a 10 year process, where
you do something to a plant, grow it out, create another generation and back-cross
it," says McGuire.

"It takes years to actually get it into the finished plant and using all
of these tools like molecular breeding, crop analytics, gene optimization and
high throughput screening. It's like a big jigsaw puzzle and if you're missing
one of them, you can't do it very easily."

What about Canadian biotech?
On a national level, the fallout from China's increased spending will take time
to clear. Is it a concern in the first place? Or will it make room for new investment
opportunities in Canada?

According to Denise Dewar, both questions are important to member companies
with CropLife Canada. As executive director of plant biotechnology with the
Etobicoke, Ontario based association, she has seen China becoming more of a
global player in the agricultural biotech arena for several years. "I would
anticipate that within the next year or so, they will surpass us in terms of
total acreage of genetically modified crops," she says, adding that her
members are especially interested in the protection of intellectual property
rights. "As a result, I expect that our members would be trying to negotiate
deals with the Chinese government like any other industry."

Whether Chinese development will spell new opportunities in Canada, Dewar first
points to the continued regulatory problems that divert from success. In mid
August 2006, Alberta based SemBioSys was ready to move to large-scale production
of safflower enhanced to produce insulin. But the Canadian regulatory process
was too slow and the company moved production to the US. "To get multi-national
companies to invest their technology into Canadian crops that will be good for
Canadian agriculture, we have to make it more attractive to do business here
than it is south of the border," says Dewar.

Some companies declare they will launch biotech applications only with the
approval of government regulatory agencies in the US, Japan and Canada, yet
it is Canada that often slows that process. "It's not about working without
regulations, it's about working with the regulatory departments to help them
understand the benefits to Canadian health, and we need to get these new technologies
into the hands of Canadian farmers in a timely manner so they can be producing
it and more importantly, profiting from it."

As Surgeoner has said in the past, the 'biotech train' has left the station
and Canadian companies may be hard-pressed to keep it in sight. -30-