"DuPont Pioneer backs its top performing products with a team of experienced and knowledgeable agronomists and sales representatives to help ensure that we have the best possible canola seed for each acre we plant," said Florian Hagmann, a Pioneer customer from Birch Hills, Sask., who achieved an astounding 116 bushels per acre using Pioneer hybrid 45H33 canola treated with DuPont Lumiderm seed treatment on his plot. "Not only did we have a great yield on the plot, the field averaged over 100 bu/ac," Florian adds. 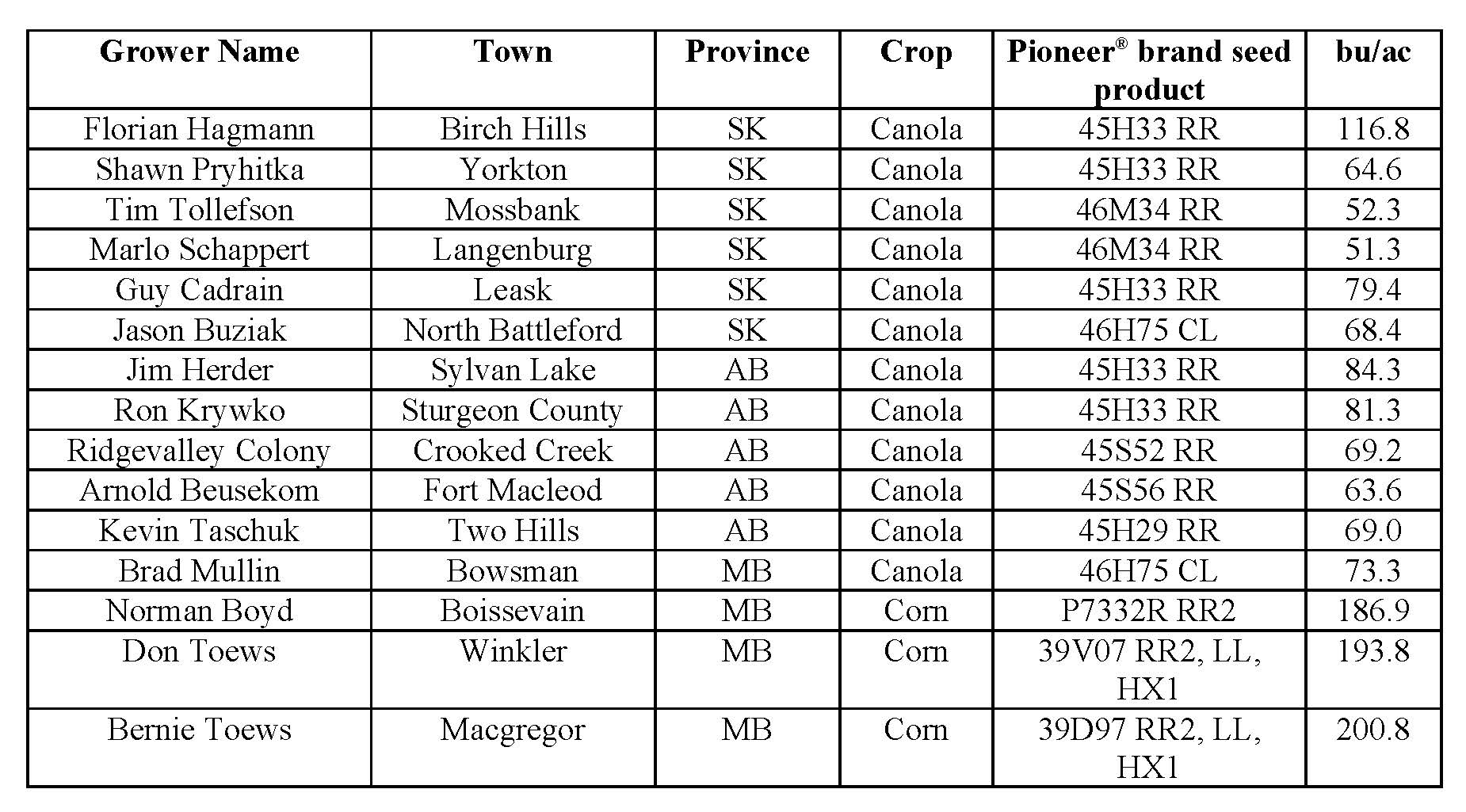