The results of this year’s Ontario Winter Wheat Performance Trials were released at the end of August – with perfect timing too, as producers are harvesting soybean crops and preparing the ground for winter wheat. Broken down by class (red and white in both soft and hard categories) and variety (29 in total), the trials reveal results for the past five years – both by individual year and cumulatively. 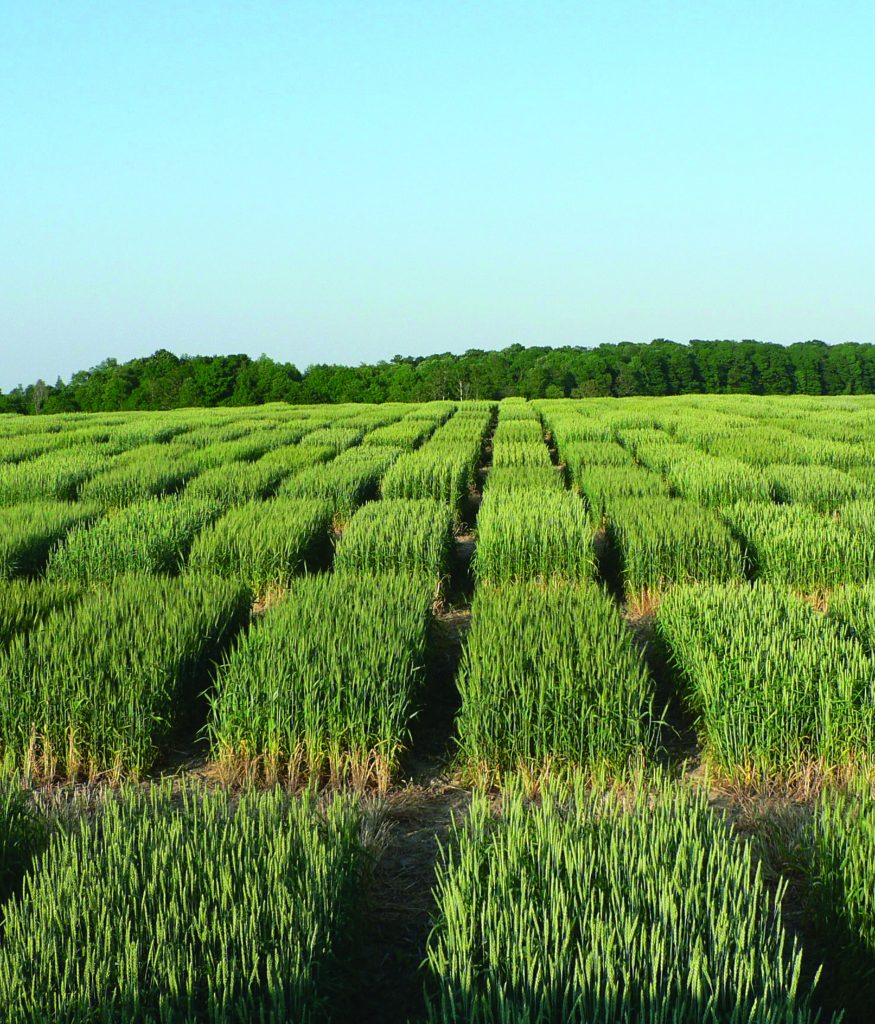 The performance trials are co-ordinated through the Ontario Cereal Crops Committee (OCCC), an organization that acts as the recommending body for cereal variety registration in Ontario. OCCC has representation from all
sectors of the industry, including plant breeders, both public and private, as well as Ontario’s Ministry of Agriculture and Food (OMAF), the Grain Farmers of Ontario (GFO) and Ontario Soil and Crop Improvement Association (OSCIA). Eleven voting members conduct the business of the committee. Trials are run on both public and private research sites in Areas 1, 2, 3 and 5. To view the results of the 2013 Ontario Winter Wheat Performance Trials, visit www.gocereals.ca.

Winter wheat considerations
When looking at the list, it might be tempting to choose the highest-yielding varieties and call it a day. Although one variety may yield quite well, it might not be tolerant to fusarium head blight – a disease that has been increasingly problematic for some growers – for example. Other problems could arise too: the variety also may be prone to lodging or winterkill.

“I don’t think anybody should ever pick a variety based only on yield because that will kick you in the butt every time,” says OMAF cereal specialist Peter Johnson. “But each grower is going to use different information from that particular data set, based on their own situation.”

The task of choosing the right variety doesn’t need to be daunting. In fact, with the help of long-term data, it should be fairly easy. “Without this information you’re sort of at the mercy of just trying to either trust your seed guy or doing your own trials or trying to talk to other growers,” says Johnson. “This is really the only unbiased, broad-based information that growers have.”

Data can be tricky to get through. If you’re having trouble deciphering the data, Ellen Sparry, the trial co-ordinator, suggests using the online webinar provided on the website’s main page. Once you’ve read the data, use the “Head to Head” tool to compare varieties. To do so, simply choose your area (see the map provided) and the varieties you want to compare. (Results are similar for both areas 1 and 2, so they can be combined as one.) Then select specific characteristics and compare varieties to see which ones performed best based on those limiting factors. Selections can be made for a number of factors, including but not limited to yield, head weight, protein, height and maturity date. You also can see how varieties fared in terms of both lodging and winter survival, or select for disease pressure, including leaf septoria, stem rust, head blight and powdery mildew.

Producers should know that choosing newer varieties based on limited data could be risky. “A good example was last year,” says Johnson. “It was the first year for information on the variety 25R40. If you look at it from a yield perspective, it’s an excellent variety. We did not have information on the fusarium reaction of that variety and so we planted a lot of it. 2013 happened to be a bad year for fusarium, and it happens to be a susceptible variety to fusarium. There were a lot of people pretty disappointed with the quality. Anytime you’re looking at a new variety, you have to understand that there’s limited data. The more data, the better.”

Producers also should pay attention to the thousand-kernel weight because that will give them an idea of how much seed per acre they might need.

“You don’t pick a variety based on thousand-kernel weight,” says Johnson, “but once you decide that CM249 or Branson or Wave is the variety for you, then you need to say,

New data shows variety performance with and without fungicides
A lot of growers have adopted management practices that include fungicide applications. New this year, the data now shows performance under both sprayed and unsprayed conditions.

“The fungicides used were not the same across the board. It’s really whatever is recommended for that particular disease, and there are several options for each,” says Sparry. “Since a lot of growers are spraying now, they might be interested in that table.”

“It’s a huge step forward,” Johnson says of the data. “To me, there are some really remarkable changes, in particular, the rankings of the soft white wheat and the hard red wheat varieties. I really think growers need to pay attention. The best thing is to try and pick a variety that does well both treated and untreated.”

Martin Harry, eastern marketing manager for SeCan and past chair for the Ontario Cereal Council, says there’s no doubt when it comes to the value of performance trials. “It’s neutral data,” he says. “And that’s why the farmers value it and the industry values it, because it’s not one way or the other. And you’re comparing all marketable varieties together on the same field.”

According to Harry, performance trials are a valuable tool not only for producers, but also for seed companies. “If they’re not the top performers, then you don’t put them back in. You move on with life and try the next one,” he says.