In February of this year, the Canadian Grain Commission (CGC) issued a proposal to modernize Canada’s wheat class system, which aims to revise the parameters of both the Canadian Western Red Spring (CWRS) and Canadian Prairie Spring Red (CPSR) classes.

The proposal came on the heels of 2014’s downgraded wheat and complaints from Canada’s international customers regarding gluten strength and quality. It sets out to revise the parameters of both the CWRS and CPSR classes “to protect…quality and consistency and ensure new varieties meet requirements for milling performance, dough strength, protein quantity, and end product quality.”

“The changes are all resulting from feedback from overseas customers, particularly with regard to wheat gluten strength – that it was too low,” says Daryl Beswitherick, program manager for Quality Assurance Standards and Reinspection at CGC. “So we’re trying to meet our end-use customers’ needs and strengthen the CWRS and CPSR classes by changing the checks that are used by the Prairie Recommending Committee for Wheat, Rye and Triticale.”

Prior to the proposed changes, a large percentile of western Canadian producers’ wheat fields were seeded to Harvest, Lillian and Unity, Beswitherick says. “These three varieties have lower gluten strength, and when you get that much of your wheat below the level that our end-use customers want, it really begins to impact their end-use functionality,” he explains. “We have lost market share.”

If the proposed changes take effect, Harvest, Lillian and Unity will enter the new milling wheat class, and command a slightly lower price globally. These three varieties have proven attractive to growers for their good protein levels and agronomic performance, and Lillian and Unity are sawfly resistant varieties.

But Beswitherick says growers are already shifting away from these varieties. “In 2012, Harvest, Lilian and Unity made up 33 per cent of Western Canada’s wheat acres. In 2013, that figure went down to 27 per cent, and in 2014 it was 22 per cent,” he says.

This August, an interim wheat class was initiated as a stopgap measure while CGC determines whether the proposed new milling wheat class will be necessary.

The CGC’s proposed new milling class has generally been met with approval from industry representatives, but some questions need to be addressed. According to JoAnne Buth, chief executive officer at the Canadian International Grains Institute (Cigi), while CGC’s proposal for a new milling class would enable registration of varieties that don’t fit into the other existing milling wheat classes, some of these varieties already fall under the Canada Western General Purpose (CWGP) class. “Cigi is unsure who the proposed end-use customers of this wheat class are, and has suggested that other options for these wheat varieties be considered such as specialty contracts,” Buth says. “The changes need to be in the best interests of both end-use customers and growers.

But Buth says that overall, the measures are necessary for the long-term health of Canada’s grain industry.

“One of the drivers behind the CGC proposal is comments from customers regarding declining gluten strength and lower overall baking performance in CWRS over the past few years,” she says. “Tightening the quality requirements would help ensure varieties registered into the CWRS class meet the customer quality expectations of this class.”

Ultimately, Buth and Beswitherick agree the impact on farmers will be positive, because a reliable, high-quality product is key to strong exports.

“It will ensure the CWRS quality customers find so appealing is protected, branded and marketed accordingly,” Buth says. “This should result in our ability to maintain markets and potentially higher prices and more shipping opportunities for CWRS.

“Farmers are proud of the product they produce and they want customers to be happy with it as well. They will welcome the opportunity to produce a high yielding wheat, assuming there is a good market and reasonable price,” she adds. 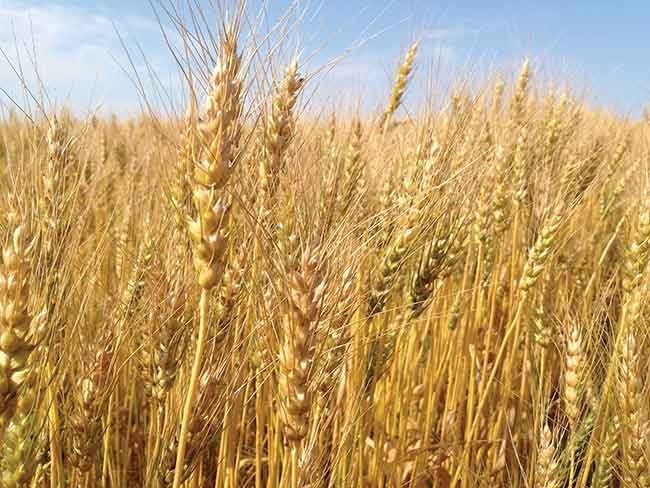