Here are the newest soybean varieties that are being introduced in commercial quantities for 2013. With Roundup Ready 2 Genuity soybeans hitting the market, there are many new varieties to choose from. Talk to your local seed supplier to confirm seed availability, and to find out how the new varieties performed locally.

DEKALB
DEKALB 24-61RY is a high yielding 2475 CHU soybean product that is resistant to brown stem rot and is rated well for Iron Deficiency Chlorosis. It is suited to all soil types, and is a taller plant that stands well. 24-61RY is a next generation Genuity Roundup Ready 2 Yield soybean trait. It is one of the earliest soybean products on the market.

Hyland Seeds
HS 006RYS24 is Hyland’s earliest maturity soybean. It has consistent yields under all conditions, moves north well and has good standability. This variety has a solid disease resistance package, including resistance to Race 3 soybean cyst nematodes (SCN).

HS 007RY32 is a new soybean variety that Hyland has available. It has excellent yield potential backed up by solid disease resistance and good IDC tolerance.

HS 00703 (formerly DAS007R3) is another new soybean variety available in the Western Canada market. The variety has good plant height in an early variety that moves south well. It has a very good tolerance to white mould and phytopthora root rot. It works well in all planting conditions; however, one should avoid areas with severe iron deficiency chlorosis (IDC).

Legend Seeds
LS 002R23 is rated at 2375 CHY with a relative maturity of 0.02. It has a medium plant stature with above average iron chlorosis. It performs very well on lighter soils and has exceptional drought tolerance.

LS006R21 has above average tolerance to iron chlorosis. It has a relative maturity rating of 0.07.  It has a tall plant stature and contains Rps 1k gene for races 3 and 4 phytophthora root rot. It is recommended for light- to medium-textured soil types; fields with a severe history of iron chlorosis should be avoided.

NorthStar Genetics Manitoba
NSC Reston RR2Y is the earliest variety on the market, rated at 2325 CHU, which will help in the expansion of the soybean growing area to western and northern regions of the Prairies. It has a tall stature with exceptional podding at the nodes. Well suited to narrow row spacing (<10 inches) Yielded 106 percent of the check NSC Portage in 2012 Manitoba provincial trials.

NSM EXP1209N R2 is expected to receive registration during the winter, and will be Manitoba’s first variety with soybean cyst nematode resistance. It will be of interest to growers who’ve had tight soybean rotations, but has also shown exceptional yield potential in a mid-season variety. Rated at 2450 CHU, it was a top yielder in Manitoba provincial trials, averaging 113 percent of the long-season check. Coupled with its strong IDC rating makes this an excellent fit for Manitoba’s Red River Valley.

NSM EXPG10 R2 is an early-mid season variety, rated at 2400 CHU. It is tall with very good pod clearance. This variety yielded 104 percent of the check in 2012 Manitoba provincial trials, and is expected to receive registration during winter 2012-13.

With registration pending, NSM EXP1201LL will be Western Canada’s first Liberty Link soybean variety. Rated at 2500 CHUs, it was the earliest LL variety grown in the United States. The variety has excellent IDC tolerance and is well suited for the longer growing season zone of Manitoba.

PRIDE SEEDS
PS 0074 R2 is a Genuity Roundup Ready 2 Yield variety that is well-adapted to the western Canadian market. It has a maturity rating of MG 00.8; 2500 CHU. PS 0074 R2 is tolerant to iron chlorosis, and has excellent emergence and early season vigour. It is a medium tall variety with very good standability that fits for all row widths, and has bushy features that canopy fast.

PRO Seeds
Thames is a non-GMO variety with a CHU rating of 2950. It has SCN resistance and is a top performer on clay soils. With exceptional emergence and spring vigour, this variety excels in both conventional and no-till conditions.

DH4202 is a non-GMO 2900 CHU variety with exceptional emergence and spring vigour. It performs well on clay soils and excels in both conventional and no-till conditions.

PRO 2625R2 is a Genuity variety with a CHU rating of 2650. This variety is a medium-tall plant with an excellent lodging rating. It has very good emergence with tremendous seedling vigour. Best suited for 7-15 inch rows on highly fertile soil.

Beurling R2 is a full (2500 HU) season variety. It was selected under the high moisture conditions of 2010 and appears to perform well in water-saturated soils. IDC rating 2.6 (semi tolerant). 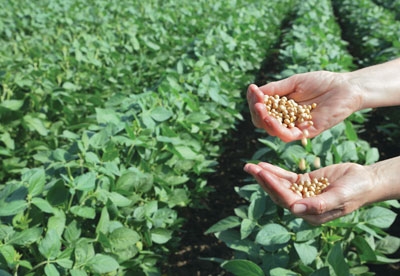