Monitoring and surveillance projects are key to management. 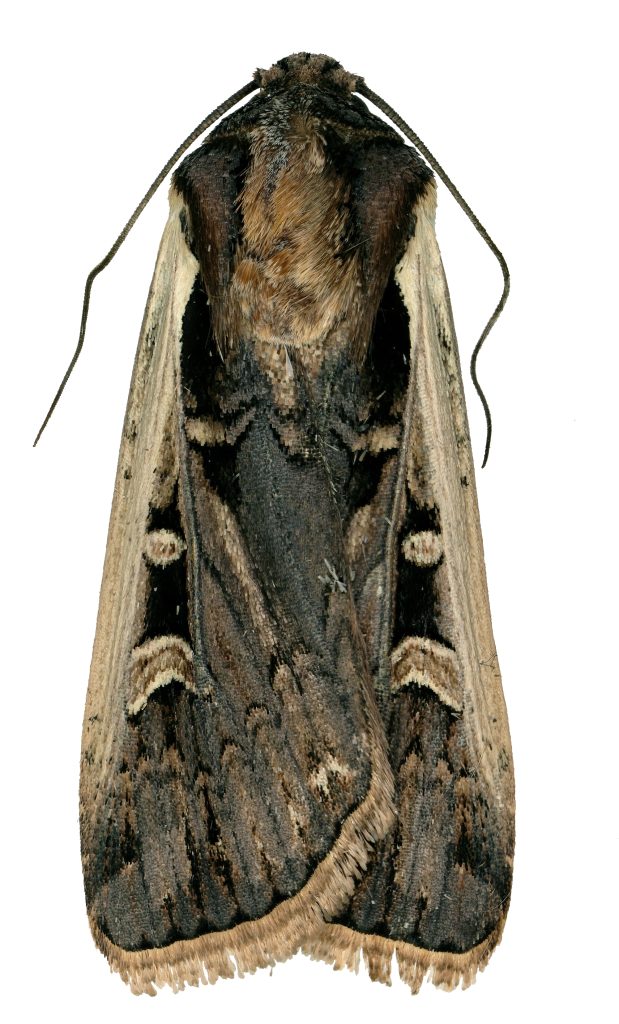 Two decades ago, western bean cutworm wasn’t even on producers’ radar in Quebec and Ontario. Since its discovery in Ontario in 2008 and Quebec the following year, it’s become a closely monitored pest of corn and dry bean in both provinces.

Its chief risk lies in its ability to damage corn ears, paving the way for Gibberella infection and mycotoxin contamination.

Every summer, moths travel to Eastern Canada from the U.S. Great Plains region. But western bean cutworms found there aren’t just travelers: the pest’s overwintering ability, established for a few years in Ontario, was confirmed in Quebec in 2018 and 2019.

Julien Saguez, an entomologist at Quebec’s Centre de recherche sur les grains (CÉROM), has been studying western bean cutworm for several years. He says the first moth was captured in the province in 2009; the following years, there was a significant increase in captured moths. In 2016, the province saw its first economic damage on corn plants.

At that point, he says, he and his colleagues decided to study the pest’s overwintering capabilities.

In the fall of 2017 and fall of 2018, they set up storage totes containing mature western bean cutworm larvae in the soil in three corn-growing regions in southern Quebec where crop damage tends to be most significant–Montérégie-Ouest, Outaouais and Estrie. In the following springs, cages were installed above the totes to establish whether the pest could complete its life cycle and if adults would emerge from the soil.

In spring 2019, car shelters were installed at two sites in Saint-Anicet and Trois-Rivières–zones where significant western bean cutworm damage had been reported in 2018–to assess natural moth emergence.

Previous research in Ontario shows that overwintering doesn’t necessarily mean an increase in pest pressure. Jeremy McNeil, a distinguished professor of biology at the University of Western Ontario, says fall, winter and spring conditions can affect prepupae and pupae survival and affect the adult emergences in summer. “Depending on soil conditions, the proportion of insects that survive to become adults will vary,” he says. “Hot falls and early summers would result in higher mortality.”

“I think there’s a potential that a small number overwinter [in Ontario], but if you look at population densities, it wouldn’t account for the numbers we’re seeing, which suggests there’s immigration,” he says.

He can put his money where his mouth is, he says: a new study that used stable isotopes to establish natal origin of the western bean cutworm moths captured during the annual flight period over a seven-year period between 2012 and 2020 in London, Ontario found that a “significant portion” were immigrants, not local. But cutworms designated as “local” could come from a location as far as 200 to 300 kilometres from the collection point, he says.

In one sense this is encouraging, because it means the overwintering populations in Ontario aren’t responsible for much of the western bean cutworm damage–and thus, overwintering might not be cause for concern. But in another, it makes the pest more difficult to predict, and to manage.

“If they’re local, you can develop models by looking at years and studying mortality during the winter, and you can make predictions based on local conditions,” McNeil explains.

“However, if they’re coming from somewhere else, you have to know where they come from, and you have to consider the conditions [in that location]. But our results suggest they don’t come from the same area every year. It complicates control.”

Another important factor to consider is climate: southern Quebec is cooler than southern Ontario, which could affect survivability. But the relationship between western bean cutworm and temperature is not cut and dried.

McNeil says warm or fluctuating soil temperatures through the fall could potentially cause stress for prepupal larvae in the soil, because they typically go through a “cold hardening” process that prepares them for winter; they seem to do better when soil is cold. But cyclic air temperatures, snowpack depth, tillage practices and other factors could also influence survivability; other factors influence survival – and moth emergence – in early spring and summer.

Saguez is working on a modeling study to validate models currently used in the U.S. to predict moth flight.

“What we want to know is if the insect emerges at the same time that the other moths travel from the U.S. and Ontario,” he says. “The populations that migrate could have laid their eggs before arriving in Quebec. For the local populations, if the insects are ready to lay eggs when they emerge in Quebec, this could increase the impact of damage in Quebec. It could be interesting to see if the moths lay more eggs than those arriving from other parts of the U.S. and Ontario and if there is a synchronism between the insect and its host plants.”

But right now, the best management approach is constant monitoring and scouting. Quebec’s pest monitoring network, Réseau d’Avertissements Phytosanitaires, sends out alerts to producers during the growing season based on detection of western bean cutworm moths in pheromone traps and on the number of egg masses observed in the fields. Surveillance across Eastern Canada and the U.S. is also conducted by the Great Lakes and Maritimes Pest Monitoring Network.

“Currently the best management recommendation I can offer is the use of pheromone and light traps to determine the flight period, and then monitoring in the fields to look and see if you have large numbers of egg masses – and if you [find you] do, you need to intervene quickly,” McNeil says. “Once the eggs hatch and the larvae start mining inside [corn ears] and they’re hard to access with insecticide.”

In Quebec, Saguez and his colleagues are intent on answering some of these questions. They are working on trials comparing insecticide treatments and Bt hybrids as well as the use of natural predators like parasitoid wasps.