By using a set of cultural practices that disrupt weed population growth, producers in the United States’ semi-arid Great Plains have reduced their weed control costs by 50 percent compared to conventional systems. These types of practices are suited to Canadian Prairie conditions, too.

“In the Great Plains, where producers are using this approach extensively, they are able to grow three crops out of four without needing any herbicide in those crops, and they’re getting very good yields,” says Dr. Randy Anderson, a research agronomist with the United States Department of Agriculture (USDA) in South Dakota.

“The most common rotation in the region used to be winter wheat-fallow. But when farmers started to use no-till, they could grow crops much more frequently without having to fallow. And when they added other crops to their rotations, they gained a lot of benefits, such as improved crop yield,” notes Anderson. “Then when they started to organize their rotations to include cultural tactics for suppressing weeds, the impact on weed dynamics was very striking. They really reduced their input costs for weeds.”

Anderson explains the basics of this approach. “A key point is that we’re adding cultural tactics to crop production systems to disrupt weed population growth. For example, if you grow continuous spring wheat, you select for weeds like wild oats because they are able to complete their life cycle to produce seeds each year, year after year. But when we bring in these tactics, such as growing crops with different life cycles, we prevent the weeds from increasing their population across time.

“A second key point is multiple tactics. It’s critical that you have at least four of the five tactics because the value of the whole is much greater than the sum of the parts,” adds Anderson. “In other words, a single tactic has a small impact on weed dynamics, but that impact can be greatly enhanced by using the other practices. And when you put all five of them together, it really hammers the weeds.”

A look at the components
Together, the five components take a population-based approach to weed management – they reduce weed populations over time by minimizing weed growth, weed seed production and weed seed survival in the soil seed bank.

Crop residues on the soil surface can impact weed seedling growth in various ways, such as physically impeding the seedlings or inhibiting growth by allelopathy. Practices that increase crop residue levels – such as using higher seeding rates, growing taller varieties, and banding nitrogen and phosphorus near the seed row – help increase weed suppression.

Practices that increase crop residue levels also help create a thick crop canopy that can outcompete weeds for water, sunlight and nutrients. The impact is much greater if several of these practices are combined. Anderson gives one example: “Seed production of wild rye in winter wheat was reduced five percent by a single tactic, such as growing a tall cultivar, increasing the crop’s seeding rate or banding fertilizer. But combining these three tactics reduced weed seed production by 40 percent.”

A no-till system helps with weed management because the weed seeds are left on the soil surface where they’re exposed to weather extremes and predation by birds and rodents. Over time, the result is fewer viable weed seeds than if the seeds were buried in soil. Surprisingly, burying seeds in soil with tillage actually prolongs weed seed survival.

Anderson notes that, along with reducing herbicide costs, this population-based approach to weed management also helps slow the development of herbicide resistance. As well, diverse rotations provide other advantages to cropping systems, such as reduced disease and insect problems.

For Prairie conditions
Like Anderson’s Great Plains research, studies by Agriculture and Agri-Food Canada researchers and others show the value of integrating herbicide and non-herbicide methods for effective long-term weed management on the Prairies. Prairie research also shows that perseverance pays when using non-chemical methods such as diverse rotations, competitive crops, higher seeding rates, and spring-applied, banded fertilizer. Although the effect on weeds may be minimal in the first year, by continuing to use these practices year after year, producers can have a significant effect on weed populations.

So the population-based approach brings together a variety of proven weed management practices into an overall strategy that really works for Great Plains farmers. A cornerstone of that strategy is the synergistic benefit of multiple practices. As Anderson notes, “The Great Plains farmers felt they needed four of the five components to have a meaningful impact on the weed population dynamics.”

Many Prairie farmers already use one or more components of the population-based approach, such as growing competitive crop canopies, retaining crop residues on the soil surface or using no-till. However, tighter rotations have become fairly common because of higher canola prices. So if you’re considering the population-based approach to weed management, you may need to take another look at your rotations.

If warm-season crops aren’t suited to your area, Anderson encourages diversifying the crop rotation in other ways. “If producers can include a greater diversity of life cycles in their rotations, it will help them gain the benefits of the multi-tactic approach to weed management.”

He offers some ideas for increasing the diversity of crop life cycles. For instance, one option could be to add a perennial legume such as alfalfa to the rotation. “The interval of alfalfa is no-till, which accelerates death of weed seeds on the soil surface, and when you harvest it, you prevent weeds in alfalfa from producing seeds,” he notes. “But you don’t want to keep the rotation in perennial legumes for too long, because there are weeds that can adapt to alfalfa and increase their density over time. A good rotation for weed management would be three years of alfalfa, followed by spring wheat-peas-barley-canola.”

Other options could be to harvest an annual crop for hay or silage, which would remove weeds and potential weed seeds from the system, or to include a winter cereal, which would vary the planting and harvesting dates in the rotation.

A different tactic could be to collect the chaff that comes off the combine. “One study in Canada found that 74 percent of wild oat seed passing through the combine was collected by the chaff cart, reducing the number of weed seeds being added to the soil.”

Overall, the population-based approach keeps weeds off balance with multiple tactics over multiple years for a major impact on weeds. 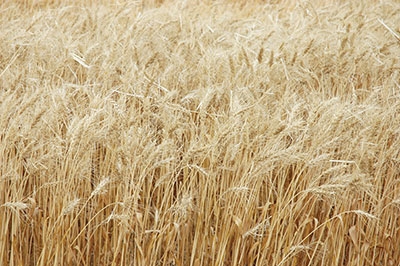