With growing interest in the production of faba beans and soybeans in Saskatchewan comes increased interest in weed control in those crops as well. While there are a large number of herbicide options for soybeans, options for faba beans can be more limited.

As slow growing broadleaf legumes, soybean and faba bean crops are particularly reliant on herbicides to protect them from weed competition until they get established and cover in inter-row spaces. Yield losses in soybeans can be up to 70 per cent from weed competition in the absence of weed control. The most aggressive competitors are broadleaf weeds. The most detrimental weeds in soybean fields are cocklebur, giant ragweed, lamb's-quarters, and pigweeds, with as little as five plants per square metre, resulting in from 41 to 36 per cent yield loss respectively.

During the early growth of soybean crops in traditional growing regions, varieties were indeterminate and vining and herbicide options were few. Herbicide tolerant traits were not yet introduced. During this time soybeans were planted on 30 to 36 inch rows, similar to corn, and inter-row cultivation was a common weed control measure. The introduction of determinate, non-vining varieties allowed soybeans to be planted in narrow rows from eight to 15 inches, and herbicide options improved. Post seeding, pre-emergent tillage using a rotary hoe is a common operation in soybean growing regions. This operation can be used to break up soil crusting but is also effective at unearthing small weeds in the white thread stage just at, or prior to their emergence. Because they are also deep seeded, this operation may also be suitable for faba beans.

In the 2015 Saskatchewan Guide to Crop Protection, Table 7 Weed Control in Other Pulses (below), lists herbicides that may be used in either soybeans or faba beans. Due to the differences in soil/climatic regions, not all soybean herbicides registered in Eastern Canada are registered in Western Canada. Generally this is related to the ability of residual products to break down under the shorter and, on average, drier growing season in Western Canada. 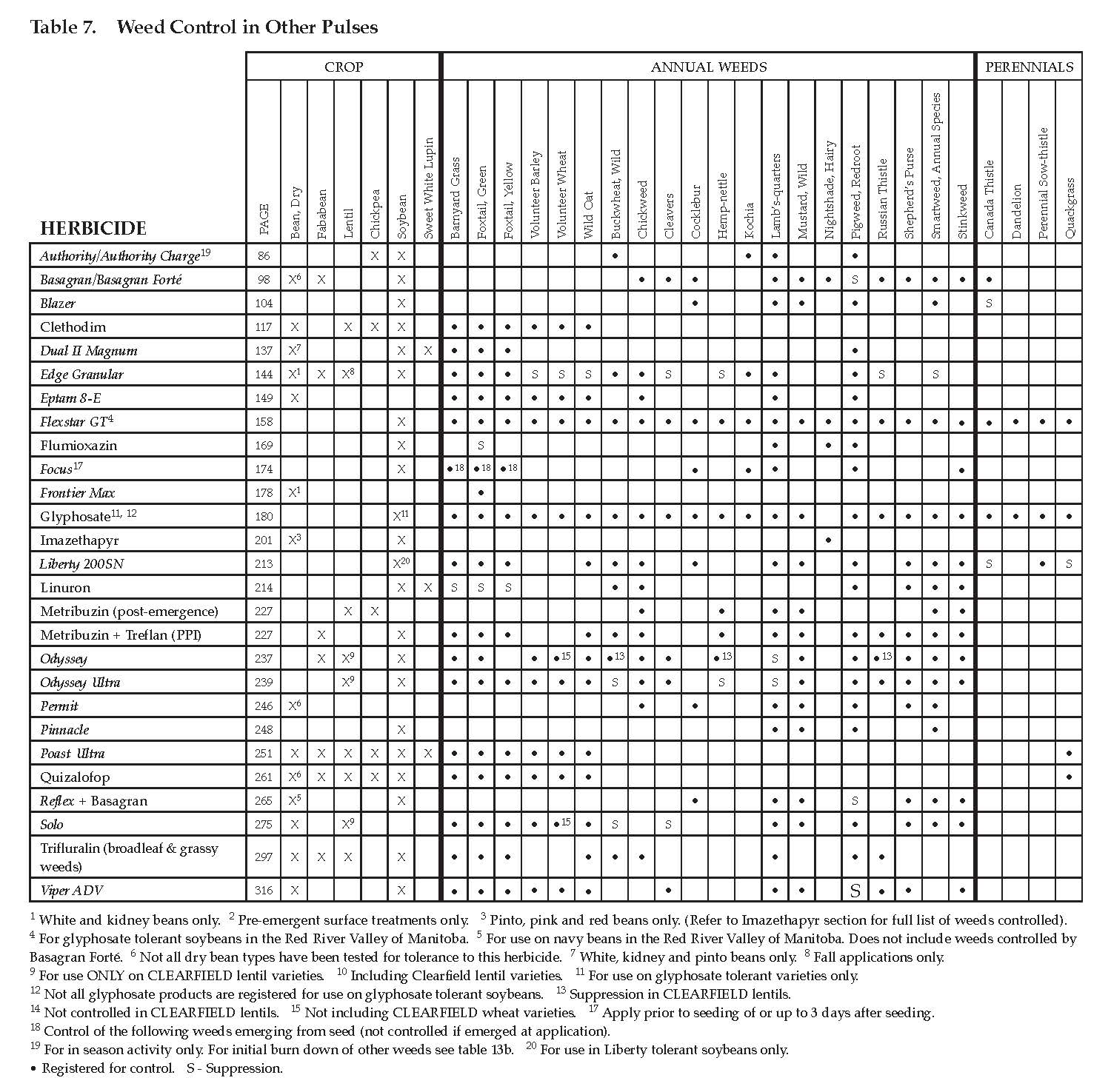