Like it or not (and believe in climate change or not), Canada has committed to greenhouse gas emission (GHG) reductions, and the implementation will affect farmers. Part of GHG mitigation will certainly revolve around reducing nitrogen (N) fertilizer losses.

“Farmers already have production challenges with growing crops, and this will add another layer of complexity...We don’t know yet how it is going to impact at the farm level,” says Mario Tenuta, a soil scientist at the University of Manitoba.

In December 2015, the Manitoba government committed to reduce emissions from 2005 levels by one-third by 2030 and one-half by 2050. The province is committed to being emission neutral by 2080.

“Nobody likes to be a target, but we are. It is happening so what are we going to do about it?” Tenuta says.

4Rs and enhanced efficiency fertilizers
The “4R” nutrient stewardship program focuses on getting the best nutrient use efficiency by using the right source, rate, time of application, and placement of fertilizer. It aims to improve or maintain yield and profitability, while limiting fertilizer loss and providing water and air quality benefits. From a GHG emissions perspective, Tenuta says financial incentives could be used to encourage implementation of the 4Rs to reduce emissions. In 2015 at the Manitoba Agronomist Conference he reviewed current research and outlined how using the 4Rs could reduce GHG emissions.

“The simple way to reduce emissions was to match application rate to crop uptake,” Tenuta says.

Crop rotation also affected emissions. Nitrogen fixing legumes such as fababean, alfalfa or soybean had little to no nitrous oxide emissions and were fixing N into the cropping system instead of emitting N. Other rate considerations to potentially reduce emissions include using variable rate N, soil testing every year, and better understanding differences in variety and hybrid N requirements.

The second of the 4Rs, placement of fertilizer, also has an impact on emissions. Subsurface banding N fertilizer reduces nitrous oxide emissions, and when enhanced efficiency fertilizers such as environmentally smart nitrogen (ESN) or SuperU fertilizers are banded, reductions are even greater, at 26 per cent less than banded urea.

“Good band closure and coverage of the band is important. We are also looking into band depth, because we are banding more shallow with crops like canola, and we don’t know enough about losses from shallow bands,” Tenuta says.

“Lower emissions from fall application goes contrary to what people thought might happen. Because the soil temperature was very cool, the timing used nature to stabilize the N and freeze it in,” Tenuta says.

Fertilizer source is the final of the 4Rs to take into consideration. With conventional sources of N fertilizer, scientists generally accept that anhydrous ammonia produces the highest emissions, followed by urea, ammonium and nitrate fertilizers. Nitrification – the conversion of ammonium to nitrates – is behind most nitrous oxide emissions from N fertilizer.

The other choices in sources of N fertilizer come from enhanced efficiency fertilizers (EEF). These include stabilized, controlled release, slow release and nutrient blend N products. The goal of these products is to slow the conversion of N fertilizer into forms that are more easily lost through ammonium volatilization, nitrification or denitrification, and to more closely match N availability with crop uptake. 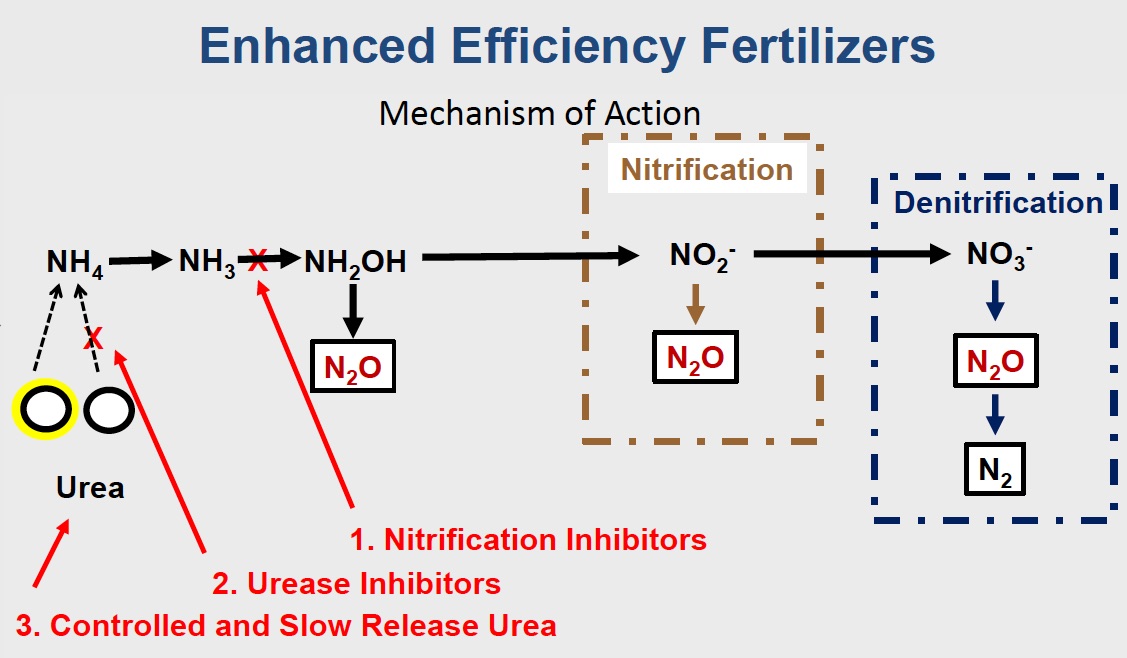 “In the field, the research shows that these EEF products really do work. They tend to provide a larger benefit in wet years,” Tenuta says. “I recommend that you talk to the manufacturer representatives to make sure you are using the right product properly.”

Another source of N that reduces nitrous oxide emissions is legume plowdown as an enhanced efficiency N source. Current research at the U of M has found that, compared to conventional cropping systems with N fertilizer, a legume plowdown results in very little emission.

“You have to estimate if EEF are worth it for your system. For example, if you’re putting more N fertilizer on in the fall to compensate for winter losses, you might be able to put on a EEF in the fall at a reduced N rate and that might pay for the additional cost of the product,” Tenuta says.

He adds that uses of the 4Rs and EEF N products are currently focused on improving yield and N use efficiency for higher profitability. But they can also play a role in reducing nitrous oxide emissions and helping to meet emission reduction targets. Ultimately, if farmers are contributing to emissions reductions, the hope is that they will be compensated for those practices. 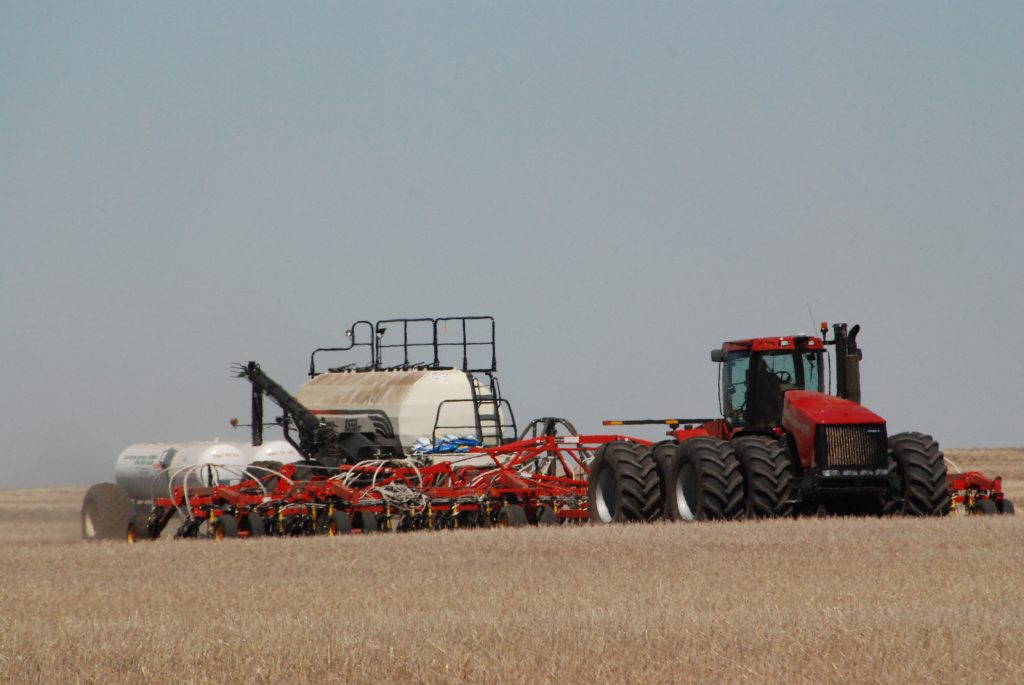