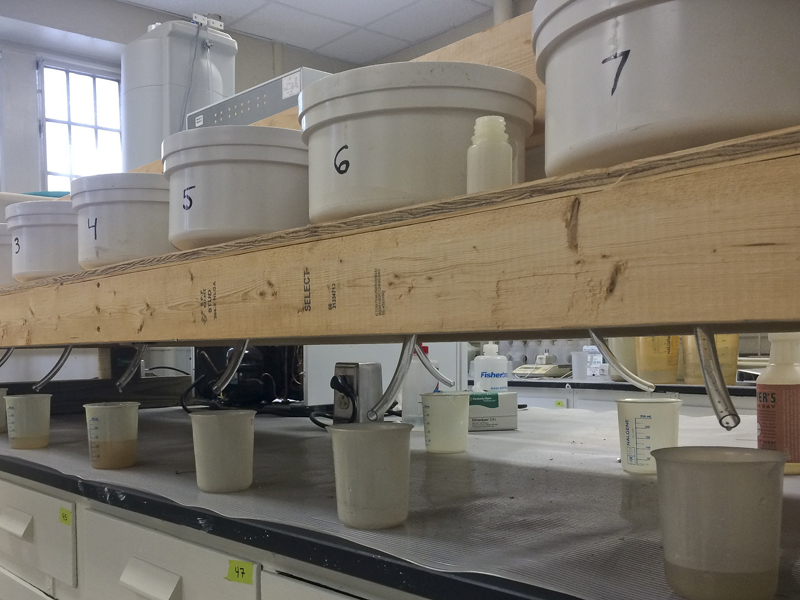 Soils in the laboratory. Individual systems were treated with different salt solutions, and the amount of carbon dioxide released was measured throughout the experiment. Photo courtesy of Meredith Steele.

Salt: you’ve been told to watch how much of it you consume, but what about how much your soil is getting? Research conducted by Meredith Steele, assistant professor of urban ecosystems and watershed biogeochemistry at Virginia Polytechnic Institute and State University (also known as Virginia Tech), examined whether small amounts of salt could change the chemistry or biology of soils.

The salt content of freshwater systems has increased significantly, so it’s important to understand the effects of irrigating fields with nearby water sources or flooding from streams or rivers. This information is particularly relevant given the efforts made to sequester carbon in fields, as one of the key findings of Steele’s study is that soils irrigated with salty water release a greater amount of carbon dioxide. |READ MORE