When designing fertilizer programs, time of application and placement are often focussed on crop response, with little thought to weed pressure. Add in crop rotations, seeding dates, seeding rates and in-crop herbicide applications, and sorting out how crop yields and weed competition are affected by these many factors becomes daunting. Little wonder growers focus on yields and rely on herbicides as the magic bullet for weed control.

To address these interactions, weed scientist Hugh Beckie at Agriculture and Agri-Food Canada (AAFC) at Saskatoon, along with AAFC researchers Neil Harker at Lacombe and Bob Blackshaw at Lethbridge initiated a multi-faceted study. Their goal was to better understand how all these cropping factors interact over several years.

“We are particularly interested in not only the annual effects, but the cumulative effect after four years,” says Beckie.

Previous research had concluded that banding or point injection (spoke-wheel injection) of nitrogen in zero-tillage systems generally resulted in enhanced crop competitiveness and yields, with reduced weed density, biomass, and seed return to the soil seedbank compared to broadcast applied fertilizer. In a study by Bob Blackshaw at AAFC Lethbridge, wild oats, green foxtail, wild mustard, and common lamb’s quarters populations were sometimes lower with spring applied compared to fall applied nitrogen. Spring wheat yield was never lower for spring applied nitrogen, and it was higher than fall applied nitrogen in 50 per cent of the cases.

Blackshaw says that application method generally had a larger and more consistent impact on weed growth and wheat yield. Weed response to fertilizer nitrogen was often lower with banded or point-injected nitrogen and there was increased weed growth with surface broadcast nitrogen.

“Depending on the weed species, the weed seedbank at the end of the four year study was reduced by 25 to 63 percent with point-injected compared with broadcast nitrogen,” Blackshaw says.

In Blackshaw’s study, response to fertilizer placement also varied by species, with shallow, fibrous-rooted weeds such as green foxtail and wild oats providing less competition if the fertilizer was banded, while broadcasting fertilizer favoured these species. On the other hand, deeper rooted weeds, such as wild mustard and common lamb’s quarters were less affected by fertilizer placement.

Design inputs to favour the crop In the four year study at Scott, Lethbridge and Lacombe, in which Beckie took part, the goal was to look at the combined
effects of seeding date, seeding rate, fertilizer timing, and in-crop herbicide rate on weed growth and crop yield within a wheat-canola-wheat-canola rotation or a barley-field pea-barley-field pea rotation. He hoped the results would help develop a more comprehensive weed management program that would reduce weed populations over time, and reduce dependency on herbicides. 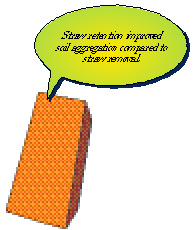 Knife openers were used to seed the plots in the zero-till systems, with eight inch row spacings at Lethbridge and Scott, and 12 inch spacing at Lacombe. Early (last week in April) and late (third to fourth week in May) seeding dates were used. The normal seeding rate and a seeding rate 50 percent higher than recommended were used. A full herbicide rate and one-half herbicide rate were applied at recommended leaf stages. A pre-seed burnoff was done several days before seeding. Fertilizer was banded in October, or mid-row or side-banded during spring seeding. The recommended fertilizer rate was used in each crop, in each year.

Elwin Smith, a bio-economist with Agriculture and Agri-Food Canada, crunched the research numbers for the Integrated Weed Management (IWM) research trials. In the wheat-canola-wheat-canola trials, the economic impact of the IWM treatments varied by site. At the Lethbridge site, it was more profitable to use 50 percent of recommended herbicide rates and to seed both crops early, but the early seed date was more important for canola.

The wheat-canola system at Scott was more profitable with spring fertilizer application, 50 percent of recommended herbicide rate, and an early canola seeding date. The contribution margins at Scott, though, were low, due to low precipitation and low yields during some of the study years.

In the barley-pea-barley-pea rotation at Lacombe, weed biomass was reduced by 30 per cent and yields increased by 10 percent in two of four years in field pea with spring applied fertilizer. Fertilizer timing, however, had little effect on weed competition in barley. Spring applied fertilizer was frequently positive and rarely negative in terms of managing weeds and optimizing crop yield.

For the barley-field pea-barley-field pea rotation, Smith found that the highest contribution margin (returns over variable production costs) resulted from applying herbicides at 50 per cent of recommended rate, spring applied fertilizer application, seeding barley in May with a high seeding rate, and seeding field pea early at the recommended seeding rate. 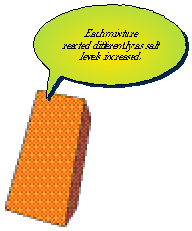 “Higher seeding rates for barley could be recommended for better weed competition without being a net cost for the producer,” explains Smith. “For field peas, the recommended seeding rate was more profitable than the 150 per cent rate for field peas. Most of the difference in returns for field pea between the two seed rates was due to the cost of seed, with little or no yield advantage for the higher seed rate.”

Beckie says that increasing crop seeding rates had the most consistent positive effect on reducing weed growth and the weed seedbank, while increasing crop yields. While weed biomass was often less with the May seeding because of more weeds controlled with the burnoff treatment, crop yields were not usually as high when seeded later.

Looking at the overall results, spring banded fertilizer, combined with early seeding and increased seeding rates, produces the most competitive crop and highest yields. “This combination allows greater fertilizer use by the crop,” explains Beckie.

Considering herbicide rate, when high crop seeding rates were used, crop yield, weed biomass and the weed seedbank were often similar, whether the herbicide was applied at the full or one-half label rate. This indicates the potential for better managing weeds by focussing on crop health.

“The best way to manage herbicide resistance is to use less herbicide,” explains Beckie. “An integrated weed management system has the potential to reduce herbicide use and its associated costs, and to provide more robust and long-term management of weeds.”