Volunteer cereals have many growers scratching their heads these days. Even those using the best field management practices are seeing volunteer wheat pop up in the spring, and sometimes two or three years after wheat has been planted in fields. 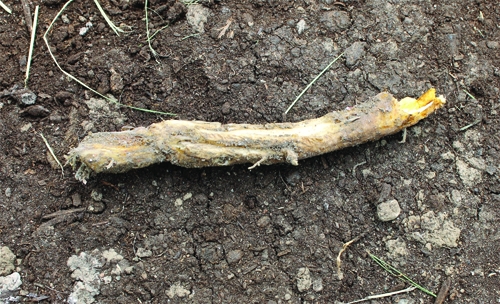 Perennial weeds have a period of dormancy Volunteer cereals have many growers scratching their heads these days. Even those using the best field management practices are seeing volunteer wheat pop up in the spring

“Not only is volunteer wheat competitive, but if it isn’t controlled in the fall, it significantly delays seed bed preparation in the spring,” says Mike Cowbrough, weed management field crops program lead with the Ontario Ministry of Agriculture, Food and Rural Affairs, who explains that studies have shown even a modest density of 20,000 volunteer wheat plants per acre, when left uncontrolled, can result in corn yield losses of five per cent in Ontario fields.

Winter hibernation
Traditionally, the answer to volunteer wheat was simple – manage it in the fall with glyphosate and the problem was solved. More recently though, growers have noticed that some volunteer wheat keeps reappearing, sometimes even in a soybean field that last had winter wheat in it two season ago. “While we can’t be certain, seed dormancy caused by a variety of factors like soil type or winter weather, is likely the reason we are seeing volunteer wheat germination the next spring,” says Cowbrough. “And regardless of the reason for occurrence, issues with volunteer wheat are pretty easy to comprehend in that if it isn’t managed it can rob yield or make for a poor seed bed. Cowbrough explains that, “unfortunately, there doesn’t seem to be any herbicide that we could apply in the fall to offer residual control of volunteer winter wheat, so follow-up management in the spring would be needed.”

Recently, a few growers have complained to Cowbrough that glyphosate wasn’t working on volunteer cereals and other perennial weeds when they applied either right before or right after their vertical tillage pass. “They weren’t getting good results from what is normally a very effective herbicide,” says Cowbrough, who explains the poor control wasn’t a result of an incorrect herbicide rate or resistant plants; rather, it was the progression of glyphosate application and tillage. For example, when the field was worked and glyphosate was applied within 48 hours of the tillage pass, volunteer wheat and perennial sow thistle control was almost non-existent.

Temporary plant dormancy, or a form of it, explains why glyphosate applied shortly before or after a tillage pass won’t kill the cereals or perennial weeds. “Plants are great at acclimatizing themselves,” says Cowbrough, explaining that plants will go into a period of dormancy after they are broken up from tillage. And after the dormancy period, the plant’s response to these situations is to acclimatize itself and start growing again, but this can take several days (photo 1). Cowbrough speaks from experience when he says it’s a waste of time and resources to go back into the field after tillage and spray the field too soon before regrowth because plants are unresponsive during the dormancy period (photo 2).

Prioritize
Cowbrough’s field management recommendation is to combine glyphosate application with tillage in a way that maximizes weed control and best prepares the soil for next spring. For example, summer annuals often germinate and set seed the quickest after cereal harvest; therefore, a tillage pass prior to when these weeds start flowering will not only inhibit seed production, but also will stimulate more consistent germination of volunteer wheat. Glyphosate can then be applied in late September or into October to address perennial weeds.

Growers who choose to till the ground first should wait seven to 10 days before spraying glyphosate, or until signs of growth on the plants that have escaped the tillage pass are visible. Tillage alone will not kill the plant, but will injure it enough to reduce the uptake and movement of glyphosate within the plant. And if glyphosate is applied too soon, or before the injured plants have started to regrow, glyphosate application will not be effective.

Tillage can have a significant impact on glyphosate performance in fall field management. Although there will always be some unexplained cereal regrowth, or volunteer wheat each spring, effective field management in the fall – including recommended waiting periods between glyphosate application and tillage – can reduce these incidences and the resulting frustrations they cause.