“The CPT program builds on past programs, such as the Prairie Canola Variety Trials, with some improvements,” says Derwyn Hammond, crop production resource manager with the CCC in Brandon, Manitoba. “To make the program more relevant to field conditions on growers’ farms, we have added protocols for herbicide-tolerant systems and harvesting.”

The small plot program trials are contracted and managed by independent co-operators. These replicated trials are treated with the appropriate chemistry and managed appropriately. Varieties are in blocks based on maturity to ensure harvest occurs at the appropriate time to minimize harvest losses due to maturity differences. The benefit of the small plot trials is the greater number of varieties that can be compared, and the replications that can provide a bit more confidence of the outcomes of an individual trial.

The large plot field-scale trials are non-replicated strip trials that may better reflect actual production practices, but their weakness is a lack of replication and the limited number of varieties that can be included in each trial. The goal of including the combination of small plot and large field trials is to try to help growers better predict what variety performance will be like on their farm.

Private companies can enter varieties into the trials. They are required to pay a fee for the varieties they enter and must follow the CPT protocol, which includes an audit by CCC agronomists.

“These independent third-party trials give producers a broad overview of how a variety performs in a large area and under different environmental conditions,” says Shawn Senko, agronomy specialist with the CCC in east-central Saskatchewan. “I conducted many of the CPT audits in Saskatchewan and the Peace River region in 2012 to assess the condition of trial plots and ensure protocols are followed properly. We go plot by plot to make sure everything is consistent and that it meets the standards to keep it in the CPT program.”

Hammond adds that grower groups are putting a significant investment into these trials as well, and are certainly supportive of having that third-party data. “One of the roles this plays is to have that third-party data to make comparisons to other available data,” he notes. “Obviously both styles of plots have some strengths and weaknesses that growers should be aware of when looking at the data.”

The CPT program includes an online tool that provides comparative data on varieties included in the trials. The tool includes interactive maps, an economic calculator and the ability to refine searches by season zone, herbicide-tolerance (HT) type, yield, days to maturity, lodging and height. The 2012 CPT results include 23 small-plot trials and 81 field-scale trials across the Prairies including Manitoba, Saskatchewan, Alberta and British Columbia. Comparisons can be made to 2011 data as well.

“When comparing performance data, my recommendation for growers is to find as much data as they can from various sources,” says Hammond. “Part of the value of having unbiased third-party trials done by independent co-operators is really to have another set of data to compare the results you are seeing from company data, variety registration data, crop insurance data or your own field trials. What I look for is consistency among the different sources of data sets that you have access to. If a variety is consistently coming out in the top five to 10 among all of the different sources of data, obviously the confidence that it will perform well will go up.”

However, if you are seeing substantial differences among those different data sets, it doesn’t necessarily mean that is a variety to shy away from, but it should be a signal to do more research. “In this case, dig deeper into the background of those trials to determine if protocols used, weather conditions or other growing season stresses may have caused the poorer performance at some locations,” notes Hammond. “Growers should then compare the management of the different trials and other factors to the practices and conditions on their farm to determine if they resemble the sites where the variety did well or performed poorly, and hence whether it is still a good candidate or not. Also look at the growing season zone data that best matches your farm.”

Looking at other factors besides yield is important to get a complete picture.  In many cases, the varieties included in the trials are top performing varieties from various programs, so the yield differences may be small. “Determine what type of plots the results are from,” says Hammond. “The small-plot trials will include a statistical analysis and provide a least significant difference (LSD) for each dataset, which indicates whether differences between varieties are statistically meaningful. Varieties should only be considered different in yield performance if the numerical difference between them is greater than the LSD value. With the large-scale non-replicated plots, pooling a larger number of results together can increase the confidence that the trends you are seeing are similar to what you would see if those varieties were deployed over a lot of acres.”

Other factors that may be as important as yield data are maturity, lodging or disease ratings. “Looking at the height rating of varieties and the lodging rating is important, particularly for growers thinking of shifting to straight cutting,” says Senko. “The dates of maturity are also important for the area you are in and as a workload and risk management strategy.

Including a mix of maturities can help break up the harvesting workload and timing, and may open options for fall-seeded crops like winter wheat. Growers concerned about frost could include a few shorter season varieties that will beat potential early fall frosts.”

The CPT online tool includes an economic calculator for growers to use their own numbers to compare with the gross revenue and economic results provided in the CPT report. The calculator provides a way to input individual costs of production and system preferences to compare the costs and returns. Look at factors such as seed costs and others to help get the best picture. Growers are also encouraged to try a new variety every year to benefit from new genetics, and to be ready when varieties are replaced over the years. The CPT online tools can be helpful with selection and profitability comparisons.

“There are a good variety of options in all of the systems, and the CPT program and online tools are a great place to start,” says Hammond. “However, spending a lot of money on good genetics will not compensate for poor agronomic management. Starting with good genetics is a key cornerstone to having a successful crop, but it can’t make up for poor management down the road. It is still important to get adequate plant populations established early, fertilizer for an appropriate target yield based on experience and performance in trials, and then protect that yield potential from pests and harvest losses." 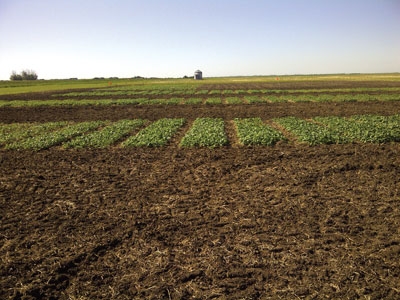