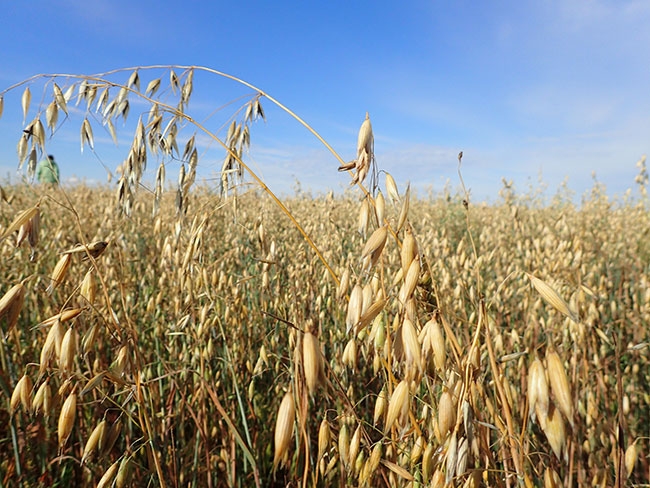 “That gap is closing,” Beckie says.

The herbicide resistant weed survey is a subset of the larger AAFC general weed survey, led by Saskatoon research station biologist Julia Leeson, which is conducted in each of the Prairie provinces roughly every five to ten years.

Beckie says there were a few surprises when it came to top weed rankings in the general weed survey.

Green foxtail was still in the top weed from 2002, but wild oat, which had been second in 2002, was bumped to fourth place, replaced by wild buckwheat. Barnyard grass, fourth in 2002, took third place in the overall rankings.

Yellow foxtail was the biggest surprise. The weed, a cousin of green foxtail, had the greatest increase in ranked position, from 32nd place in 2002 to 6th place in 2016. “Part of it may be due to resistance because it’s escaping herbicide control,” Beckie says.

Documenting resistance
In terms of herbicide resistance, this survey was the first to document resistance in yellow foxtail and barnyard grass.

Rob Gulden, a weed scientist in the department of plant science at the University of Manitoba, says there are other possible herbicide resistant weeds on the horizon for Manitoba. Glyphosate resistant kochia has been in Manitoba since 2013, and as of last year it was found in at least five municipalities.

Glyphosate resistant waterhemp and glyphosate resistant Canada fleabane are not yet confirmed in the province but could come north via floodwater from North Dakota. “Not sure how fast things will move, but there’s some evidence that suggests that these weeds have moved with overland flooding of smaller tributaries to the Red River,” he says.

Group 1 plus Group 2 herbicide resistance in wild oat has been found in 42 per cent of fields in Manitoba.

“The incidence of multiple resistance is getting worse,” he says. “This presents the biggest challenge to producers in terms of management, especially in cereal crops.”

In the 2016 survey, Manitoba producers were also asked to rank their top 20 management practices in terms of which they feel are most effective in managing weeds.

The practice that stands out the most, says Beckie, is tillage: Manitoba producers rely on tillage to manage herbicide resistant weeds, in sharp contrast to Saskatchewan producers, who don’t.

The latter method is a key management strategy. “It’s the foundation of good agronomy and it goes a long way in preserving herbicide longevity,” Gulden says.

“The other thing we’re learning with controlling wild oats is that we want to reduce seed production, and again, a good herbicide program and a competitive crop reduce weed seed production.”