As science gives growers more knowledge about how weeds reduce yield and increases the number of tools in weed control toolboxes, what was annoying 100 years ago is now no longer as great a threat. As recently as 34 years ago, growers were seeking ways to control a “new” weed in corn – proso millet. Research on weed threats and the advent of effective herbicides, which can control many problems, has only proven weeds will always be with us. But, we now have more knowledge on how to deal with them.

In the February 1981 issue of Corn in Canada magazine, proso millet was identified as “giving headaches” to many corn producers. At that time, the herbicide choices were not as sophisticated and proso millet went unchecked. But, a dozen years later, a class of herbicide was developed that has kept proso millet under control ever since.

“What we know about the trends over the last 40 years in terms of problem weeds is that certain problem weeds come and go,” Mike Cowbrough, weed specialist with the Ontario Ministry of Agriculture, Food and Rural Affairs (OMAFRA) in Guelph, says. “Since the late-1990s, we have seen the introduction of herbicide tolerant corn varieties and new herbicides, so proso millet still exists, but it isn’t a problem these days.”

“What we used to deal with problem weeds 40 years ago was new chemistry,” Cowbrough says. “But then herbicide resistant weeds became a problem and new products were introduced to deal with that. But that solution is only sustainable so long.” The next step, he adds, was development of resistance management strategies in order to lengthen the life expectancy of the new chemistries. The latest strategy is to put herbicide tolerant traits into seed.

Cowbrough suggests the best way to minimize the occurrence of “new” weeds is to continually scout fields. “Scouting is pivotal in weed management,” he says. “Identify weeds at an early stage and deal with them before they can set seed, which will prevent their spread. Always deal with the species that will affect yield the most.”

The most prevalent weeds will always be the problem weeds, according to Cowbrough. In weed surveys in six Ontario counties, the same four weeds keep showing up – foxtail, lamb’s-quarters, pigweed and ragweed consistently cause problems.

Cowbrough compares weed control to a juggling act: there are balls in the air at all times but one or two will be coming down. “Herbicide resistant weeds will always be present as a result of the herbicides we use,” he says. “Perennial weeds are and always will be problems. Canada thistle was legislated as a problem in the 1800s and was to be eradicated, how are we doing with that? Finally, regional weed species will continue to be problems because they take advantage of patterns in management and environmental conditions.”

Despite all the scientific advancements in controlling problem weeds, they will continue to exist, Cowbrough admits. He saw a big threat to corn growers in the early 2000s with glyphosate-resistant weeds. As a result, growers now need to tank mix to ensure control.

“Nothing has really changed in the last four decades. The weeds are occasionally the same – resistant weeds, heavy perennials – and we deal with them in the same way,” Cowbrough say. “I’ll always be asked how to control Canada thistle, sow thistle and field horsetail as long as I live.”

In four decades, the weeds haven’t really changed, but our approach to controlling them has and that has made a difference. Cowbrough says weeds become problems due to lack of good management or as a result of environmental conditions that will encourage their appearance. We’ve learned that crop rotation is better than growing corn year after year on the same ground and we’ve learned that using the same herbicide year after year will also cause problems. In short, it doesn’t matter how much we learn about controlling weeds, they will always be a problem. 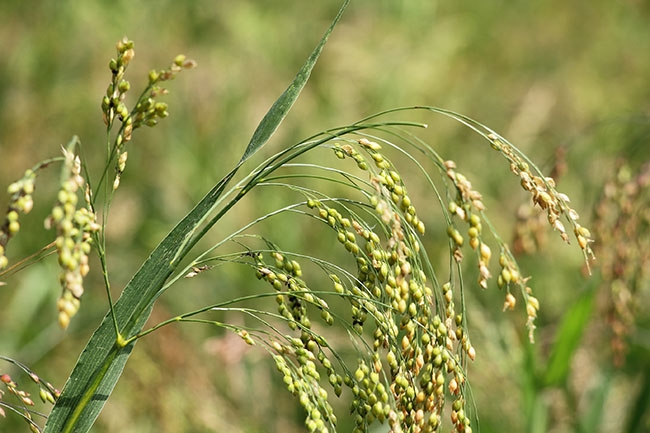 Proso millet was a problem for Ontario corn growers 34 years ago. While it still exists today The names might change