A dash of starter nitrogen (N), inoculation, high seeding rates, and herbicides and fungicides when warranted are the key ingredients to produce a high-yielding red lentil crop in Alberta. Those are the results of an Alberta-based research project at five locations with 20 site-years of data.

“The acreage increased from 45,000 acres in 2009 to 140,000 in 2010, and this left Alberta pulse producers with a lot of questions. Little agronomic research had been done in Alberta, and we realized that we had to close the gaps in research on Clearfield red lentil,” Robyne Bowness, pulse research scientist with Alberta Agriculture and Forestry (AAF), at Lacombe, says. “We have similar growing conditions compared to Saskatchewan, we have a freight advantage to Europe, and the demand is strong for red lentils so producer interest is high.”

Starter N can be beneficial, and always inoculate
The N rate trial looked at five nitrogen rates ranging through 0, 15, 30, 45 and 60 kg/ha. A granular Rhizobia inoculant was compared to a non-inoculated treatment as well.

In Saskatchewan, N fertilizer is generally not recommended if nitrogen fixation is optimized on lentil, with 50 to 80 per cent of their N coming from N fixation and the remainder from soil N. Low levels of available N have little impact on nodulation and N fixation. However, Bowness says she heard anecdotal information from some Alberta producers that they were applying 15 kg/ha of N and having good results, so the N fertilizer trial was included in the research.

Starter N did impact nodulation, with increasing rates decreasing nodulation in the Alberta trials. This is consistent with experience in Saskatchewan where additional fertilizer N above combined soil and fertilizer N levels of 28 to 40 kg/ha will reduce nodulation and N fixation. However, Bowness says a small amount of N, the 15 kg/ha rate, did provide a yield benefit overall.

“We didn’t see positive effects every time, but the highest yields were seen in plots where a small amount of starter N was added,” Bowness says. She also cautions that going above 30 kg/ha negatively affected nodulation and decreased yields.

“Are lentil plants lazy? Yes they are. Without inoculants they won’t nodulate as well, and you’ll have lower yields, and adding high levels of N does not compensate for not inoculating,” she says. (See Fig. 1.) 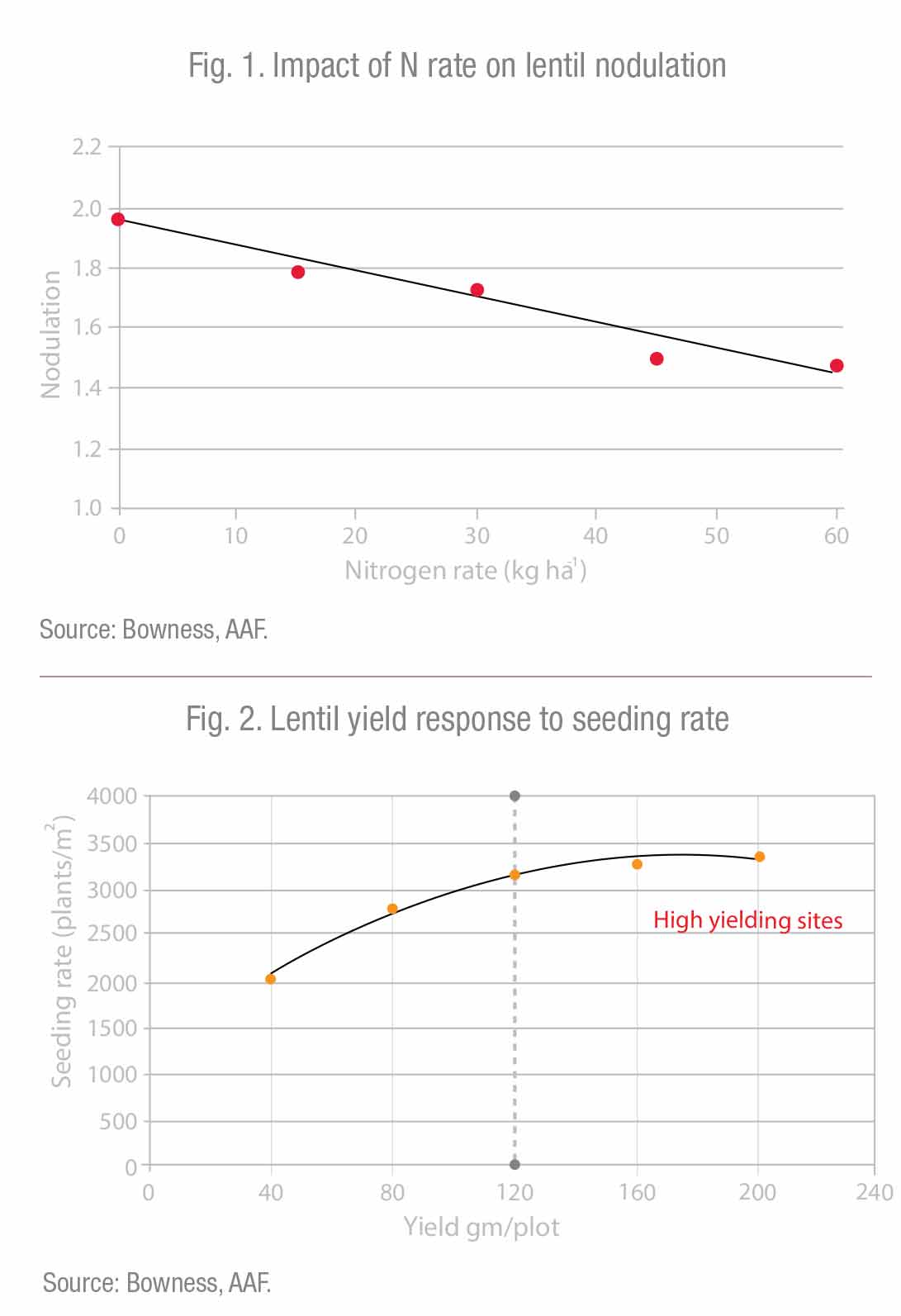 “In high yielding years, the maximum yield was reached at 175 plants per square metre, but overall, there wasn’t a benefit to going higher than 160 plants,” Bowness notes.

Higher seeding rate resulted in earlier flowering, but only by two days. Overall, maturity was about three days earlier with the higher seeding rates, but differences ranged from one to seven days.

Seeding rate did not impact disease development. Overall, the disease development varied between site and year, and was weather dependent, except at the St. Albert site in the Black soil zone, where disease occurred every year and fungicide application was recommended.

Bowness reports that all herbicides worked and were as effective as hand weeding. No consistent differences were seen on plant height, days to flower or maturity, nodulation or yield.

Can Clearfield red lentils do well in Alberta?
Bowness answers the question with a resounding “yes.” But one of the results that surprised her was how well red lentils did in some of the non-traditional areas outside of the Brown and Dark Brown soil zones. Over the 20 site-years, Killam (Thin Black soil) had the highest yields, with the Falher (Grey soil) location producing good yields in some years and St. Albert (Black soil) having good yields as well.

“I thought it was neat that Killam had the highest yields. That wasn’t something I would have expected, or that we would have such good success at St. Albert.” 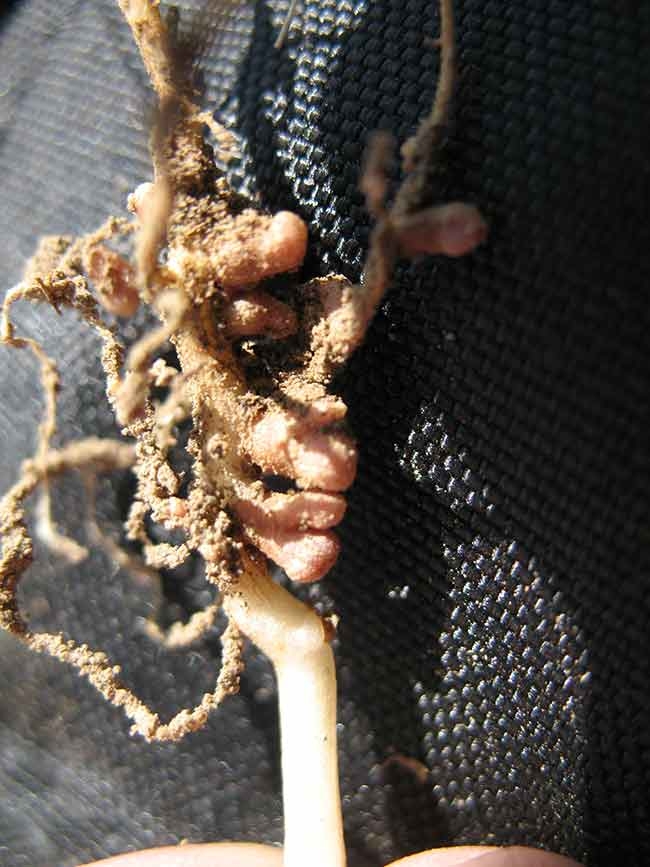