Features Agronomy Cereals
The legend of the lone oat

In the fight for acreage in Eastern Canada, the odds seem stacked against the future of oats as a viable cash crop.
But although oats may be down, they’re certainly not out. 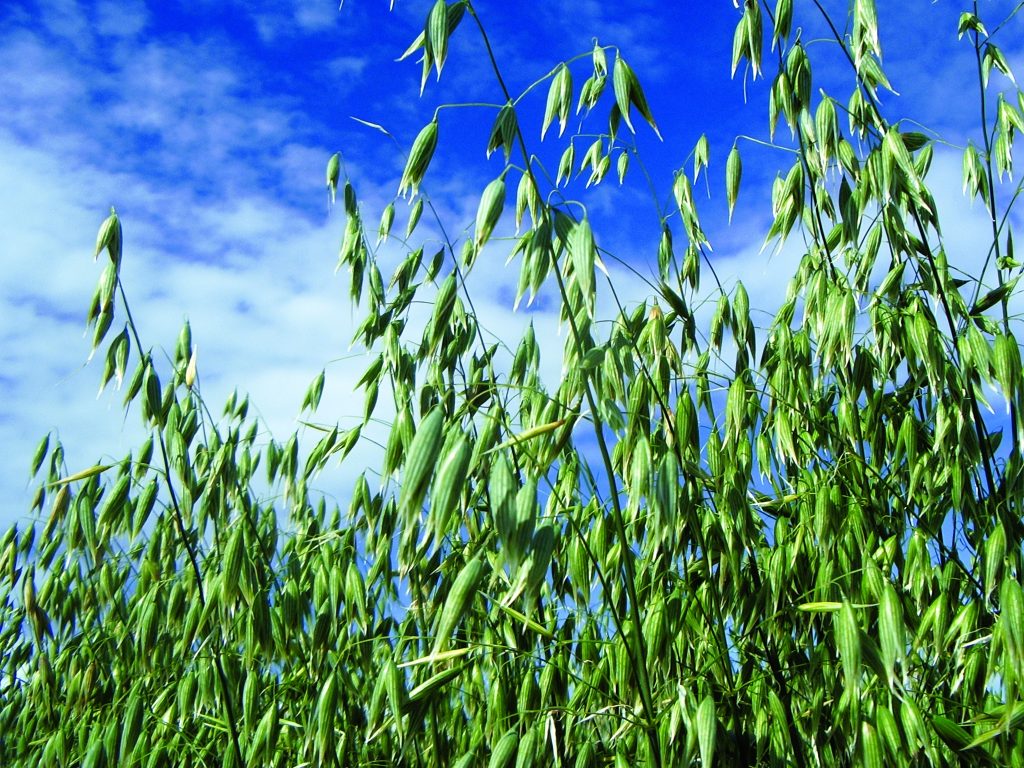 While Canadian oat production increased by more than 20 per cent between the 1991 and 2011 census, Eastern Canada’s contribution to national production fell from 16 per cent to just 10 per cent in the same period.

Naturally, some question the future of oats in the east, especially as the commodity prices of other cash crops consistently blow oats out of the water. But those who love to see a good oat growing in the cooler regions of this part of the country remain optimistic about the cash crop’s future for several reasons. Martin Harry, a founding member of the now-defunct Oats and Barley Council of Ontario and eastern marketing manager for SeCan, has to admit straight oats are more of a niche crop today than they have been in the past. But he hasn’t thrown in the towel by any means.
“I feel now that if we’re going to keep oats and barley being grown in Eastern Canada, we have to manage them as forages,” says Harry. “Oats aren’t necessarily dead, they’re just adapting and changing.”

While small grain acreage has trended down, mixed grains have seen less of a decline than oats or barley alone. Harry says many of the farmers requesting new oat varieties aren’t looking for standalone grain, but the best combinations with barley, peas, and some triticale instead. With more farmers opting to grow oats as a forage or cover crop, the industry partly sidesteps the growing issue of disease management. In the few places where farmers still grow oats for grain, Harry says the crop has to be managed much more carefully, and at a higher cost, than in the past.

“Oats have to be sprayed with a fungicide because, by the time we come up with new resistant rust varieties and get them through seed production, resistance has already broken down,” explains Harry. “There’s no check off on oats, so there’s no funding source and the rust strains are changing so fast it is hard to keep up.”

In New Liskeard, farmers have taken it upon themselves to start conducting some of their own variety research.
Terry Phillips, a certified crop advisor for Temiskaming Ag Centre, grew 30 acres of food-grade seed oats in 2013 and is involved in some plot trials. Phillips says Prescott, by C&M Seeds, used to be the preferred variety in the area, but it produced such a high proportion of pin oats that they’d have 30 per cent dockage after cleaning. Deiter, by SeCan, is the new variety of choice, though they’re looking at Quebec’s darling, Nice by Elite Seeds, a new variety that Quaker Oats is particularly interested in called Morrison, as well as a new variety called Riley, from C&M Seeds. Establishing a preferred variety for the 15,000 to 20,000 acres grown in the area is a big part of the reason Quaker Oats named the Temiskaming farmer’s co-operative as one of two top Eastern Canada suppliers in 2012.

“To me it was really simple: if we grow a whole bunch of oats of the same kind, there should be efficiency,” Phillips explains.

“We tried to promote a variety to have a critical mass and the first year I think we had 1,500 tonnes, so Quaker blocked us out a delivery period and their mill efficiencies went to a high 90 per cent.”

Phillips says they’ve found that by clipping and cleaning their oats, they gain yield to their final product, especially if it’s all the same variety and most growers start off with at least two tonnes per acre. After devastating results from this year’s canola crop, Phillips is anticipating an even greater increase in oat crop acreage next year. “The big advantage of oats is that they’re very low cost of production relative to wheat,” says Phillips. “Every other crop we’re increasing nitrogen to push yield but it’s always a challenge to keep oats standing and that’s by cutting back on nitrogen.”

Phillips says most guys in his area will only apply 35 pounds per acre of actual nitrogen and many are also starting to use a little less than a full application of Folicur just prior to heading as cheap insurance against crown rust. These practices are generally in line with industry best practices, although Peter Johnson, cereal specialist for the Ontario Ministry of Agriculture and Food (OMAF), recommends two fungicide applications since most areas are experiencing higher disease pressure than farmers in the New Liskeard region have seen yet.

“You really have to be a committed grower to grow oats for human consumption and horses,” says Peter Johnson, who adds the real potential for most farmers is to use oats as a cover crop. “There’s no better soil conditions to plant into than after an oat crop,” he says.

In a changing climate, water retention will become increasingly important and Johnson says preliminary work done by Amber Hallen and Adam Hayes, also of OMAF, demonstrated that an oat cover crop allows water to infiltrate soil three times faster than a field with no cover crop. “To me that shows the amazing value of that oat root system,” says Johnson. “Also it’s great in terms of adding high levels of organic matter to the soil and the other real beauty of oats as a cover crop is really, seed is quite cheap.

“If you’re going to use it as a cover crop, understand that you have to manage it in terms of what you do with it in the fall,” says Johnson. Even as a cover crop, oats still need at least 30 pounds of nitrogen but not extra seed (70 pounds per acre seems to be lots). Planted Aug. 1 and left until Nov. 1, plants will become very stemmy and too difficult for soil microbes to effectively break down, leading to colder and wetter spring soils. Johnson says the additional organic matter contributed in this case would compare to plowing down a 100-bushel-per-acre wheat crop. But sacrificing a little of that organic matter with a bit more management will pay off better in the long run. “It may mean that when the oats get to be knee high, you go out there and you chop them, let them regrow, then spray off that second growth so that we keep it leafy material that breaks down rapidly,” says Johnson. “We get 80 to 90 per cent of the organic matter benefit and we don’t beat up our next corn crop.”

Johnson likes that oats don’t present the same-side effects other cover crops do, such as hosting soybean cyst nematode, plugging tiles, or becoming future weed problems. He foresees oats as a part of every conceivable future cover crop blend.

At this point, only one thing seems certain: no one’s seen the last of this versatile small grain in Eastern Canada just yet.