News
The future of the canola market

Across Western Canada, canola production continues to increase, and in 2013, final harvest volumes surpassed the initial goal of 15 million metric tonnes (MT) by 2015. The Canola Council of Canada (CCC) has developed a new strategy for moving forward, and set a new target of 26 million MT by 2025.

“Our new target is driven by long-term demand and was developed in conjunction with the economic consultancy group LMC International,” explains Curtis Rempel, CCC vice president, crop production and innovation. “They have forecast that, by 2025, the demand for an oil with the health and flavour profile of canola will reach 26 million MT. This is a component of the overall vegetable oil demand estimated at 200 million MT. We know we have the capability in Western Canada to achieve that target and that if Canada doesn’t rise to meet the demand, someone else will.”

The target will be achieved on an existing acreage mix of 18 to 21 million acres of canola on the Prairies. To meet that demand, production will need to increase to around 52 bu/ac across the canola acres to achieve 26 million MT.

On the demand side of the plan, efforts are being focused on the current major markets and strategies to develop the next wave of market opportunities. “With the increasing concerns that people have for their own personal health and governments looking to the health of their people, there is an increasing desire for higher quality food ingredients with health benefits,” says Bruce Jowett, CCC vice president, market development. “Canola fits nicely into that demand, being the healthiest cooking oil available. We think, based on the science and level of advancements of growers in production systems, that we can meet the growing demand for healthy oil.”

Currently, 90 per cent of Canadian canola production is exported, either in the form of seed or oil, primarily going to the U.S., China, Japan or Mexico. As part of the long-term strategy, new markets are being identified and developed.

“In other markets, canola competes with other types of oils that are better known, so our challenge is to find ways to continue to tell the canola story and get that information out to those people it will make a difference to,” explains Jowett.

Getting to 52 by 25
To get to 52 bu/ac by 2025 requires an incremental approach for both yield and profitability. The current canola yield over a five-year average of all planted acres is about 35 bu/ac. To achieve an average yield increase across the acreage to 52 bushels, CCC is looking both to genetic improvements and improvements in production.

“We know over the long-term, many growers are already over that 52 bushels per acre; however, the goal is to help minimize the downside where weather or other factors significantly reduce yields in a given year,” says Rempel. “The increases are expected to come from both genetic improvements from seed companies and grower production targets. We factored in an estimated eight to 10 bushels per acre increase from general genetic improvements from seed companies. Under production, we have targeted four pillars with yield increases targeted in each area, including stand establishment, fertilizer and soils, integrated pest management, and harvest management and storage. Adding these targets to the eight to 10 from germplasm gets us to 52 bushels by 2025.” (See illustration below.)

Under the CCC’s strategic plan, the agronomy group is focusing on four key strategies to help growers improve profitability along with yield increases, including: increased yields, increased profitability, reduced production risk and increased sustainability. “This strategy will be implemented in partnership with provincial grower associations and growers, industry technology providers, public sector scientists and extension specialists who are integral to us and to the industry,” notes Rempel, who adds the CCC recognizes that growers and their operations are not the same; the goal is to help all of them make advancements profitability in their operations.

“I have been a long-time follower of Danny Kleinfelter from Texas A&M University, who has identified the factors that separate the top 10 to 15 per cent of U.S. growers. Those top farmers, whether they are cotton, soybean, corn or other crop growers, are five per cent better overall. They have five per cent better yields, lower costs and greater return on their marketing dollar. We are helping all growers go after that five per cent that matters and find ways to optimize their cost of production and returns on every acre and every bushel.

“My job is to keep canola as profitable as any crop in Canada,” adds Rempel. “We expect to see genetic improvements in other crops as well, but canola is my proxy for profitable. If canola is not profitable it will be replaced. If it is [profitable], it will be grown on a lot of acres. We will work with industry and academic scientists to address rotation, diseases, pests and other management issues to help growers achieve the targeted yields and optimize the profitability of their operations.”

Innovation and new markets
The CCC also has an innovation strategy for end use markets over the next decade, with the two big opportunities in human food and aquaculture. “We expect to see significant changes in oil profiles coming, in particular to replace fish oil omega-3 EPA and DHA products,” explains Rempel. “The global fish stocks are near global collapse, and farmed fish operations need to use fish feed with omega-3s included, which is not sustainable. Therefore, if we can get plants to produce EPA and DHA itself, then it can take a lot of pressure off marine stocks as we rebuild them. I believe a number of companies have material to produce high levels of EPA and DHA in canola without too much yield drag in the pipeline.”

For other markets, Rempel doesn’t expect bioplastics to be an opportunity for canola oil as there are other crops that have a better fit and some countries are already breeding non-edible crops specifically for that purpose without having to focus on flavour or anything else. “We also don’t have a big focus on biofuels, however we do participate in certification schemes so canola oil can be used for biodiesel if needed and necessary for oil surplus. Unlike soy, which has a surplus of oil to give away right now, the current supply of canola oil is primarily consumed by the food market. Our goal is to keep developing canola oil as a flavourful, multipurpose and healthy oil with essential omega-3s like EPA and DHA.”

Canola meal innovation will expand the benefits beyond animal feed to beneficial products for humans. “The big opportunity is based on protein availability in food products, as well as fibre,” says Rempel. “The UN Food and Agriculture Organization is focused on food security and nutrition, not just protein amount. They are particularly concerned about the bioavailability of proteins for infants and pre-teens. We believe that canola meal can fill that need, and with breeding and genomics efforts to increase the bioavailability of protein, the demand for canola meal will rise both for human food and as a feed source for aquaculture production. As canola-based omega-3s replace fish oil for heart and brain health, canola meal has potential to ensure fish are a sustainable source of protein for consumers.”

Another innovations strategy is focused on the biorefining model for canola and looking at the co-streams and waste streams from processing oil and meal. “The canola industry and many food processing manufacturing processes use bleaching clay to filter impurities from the crushing process,” explains Rempel. “These inert, safe and widely used bleaching clays are already reused in the manufacturing processes. However, there are some potentially valuable products that are left behind from the manufacturing process that could be recovered, such as antioxidants, plant sterols and others. We need to determine the volumes and value of these products, the processes required to recover them and then develop a strategy for introducing into the food stream.” These products could address the demand for natural ingredient replacements that help companies achieve green label certifications. There is also emerging technology that may make components of canola meal attractive for bioplastics.

Rempel and Jowett are both very excited about the strategic plan and the opportunities for Canada to meet the global demand for healthy oils and new innovative products. “We are keen to work with seed companies, growers and others across the value chain on executing this plan,” says Rempel. “We set a target of 52 bushels per acre by 2025 to meet the 26 million MT demand as a strategy, and although we may not exactly get there, we may also exceed that. With the innovation in seed technology, planting and harvesting technology over the next decade, we could easily surpass our targets. Our goal is to get to 52 by 25 by lowering production risk, sustainability and profitability, which will make us a more successful economy period.” 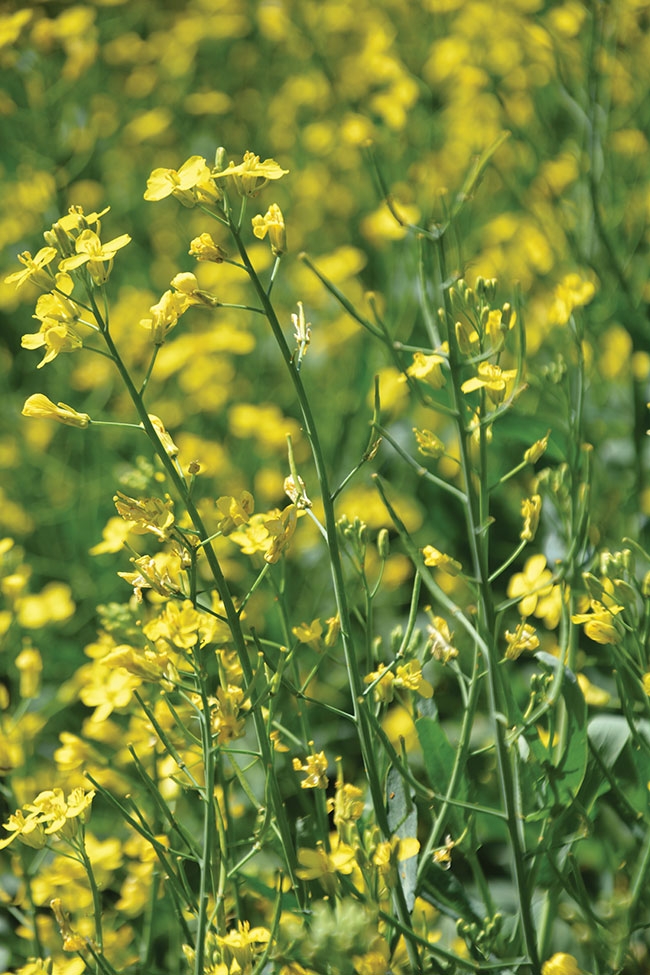