When it comes to the economics of growing winter cereals such as winter wheat and hybrid fall rye, the numbers don’t tell the full story. Looking at the three provincial government crop planning guides published for Prairie producers in 2017, winter wheat and hybrid fall rye land somewhere between the fifth and 16th most profitable crops to be grown in Manitoba, Saskatchewan and Alberta. But set aside the most profitable crops like pulses, canola, sunflower, corn and beans, and winter wheat profitability looks pretty good compared to spring wheat. 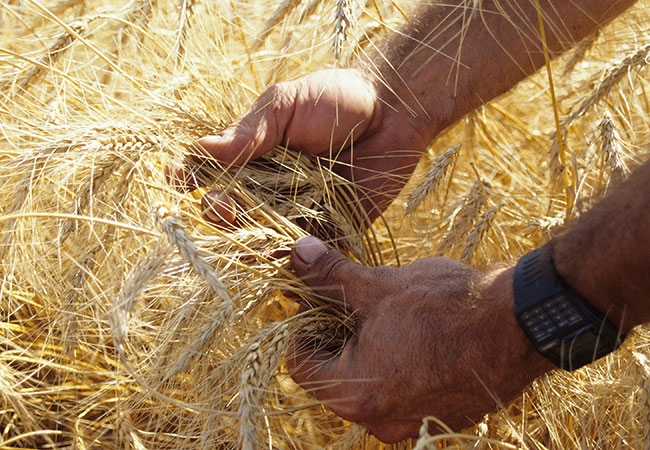 Winter wheat has been more profitable than spring wheat in most of the last five years. When it comes to the economics of growing winter cereals such as winter wheat and hybrid fall rye

“I keep a running average of profit per acre from the crop planning guides and over the last five years, winter wheat has been significantly more profitable compared to spring wheat in most years and competitive in all years,” says Paul Thoroughgood, a farmer and Ducks Unlimited agronomist near Moose Jaw, Sask.

However, Thoroughgood advises farmers to view the cost of production and profitability of crops in the planning guides not as absolute profit numbers, but rather as references for comparative purposes. He says farmers growing winter cereals will typically replace spring wheat in the rotation and the important comparative numbers are yield, price per bushel and return over variable costs, using a farmer’s own costs.

“We typically look at winter wheat yielding about 25 per cent more than spring milling wheat and for the most part, the yields in the guides reflect that,” Thoroughgood says.

“If you are going to grow winter wheat, you have to shop around and go past just getting quotes from the local elevator. Talk to local milling companies, hog barns, and ethanol plants and find out what kind of price you can get. It won’t always be the highest in the milling market,” Thoroughgood says.

Only Saskatchewan provides projections for hybrid fall rye, and the crop comes out ahead of spring and winter wheat in all three soil zones.

Winter wheat has been more profitable than spring wheat in most of the last five years.

Intangible benefits of winter cereals
Thoroughgood says beyond the economics of growing winter cereals, there are other less tangible benefits of growing winter wheat. The harvest of 2016 certainly highlighted the difficulties in getting a late crop off in poor harvest weather. While growers struggled to get spring wheat off in October and November, winter wheat was safely in the bin in August with generally very good quality.

“I sprayed my winter wheat with a fungicide in 2016 to target leaf spots. In my area, where Fusarium was endemic, especially in durum, my winter wheat crop came off with less than 0.5 per cent Fusarium,” Thoroughgood says.

Another benefit Thoroughgood likes is that on his farm, where the only wheat he grows is winter wheat, he is one-third done seeding all his crops before spring thaw.

Whether the economic and other benefits add up enough to convince a grower to plant winter cereals this fall will depend on each farm’s circumstance, yield potential and ability to get winter cereals into the rotation.