Growers in Manitoba have increased their soybean acreage over the last few years, and with good reason. Prices have been quite good the last two years and demand for Canadian soybeans exports is booming, notes Canadian Soybean Council (CSC) program coordinator Nicole MacKellar.

The CSC reports that from 2009 to 2012, Manitoba’s soybean acreage grew from about 167,900 to 341,800 hectares. There was a significant jump (approximately 32 per cent) in that growth from 2011 to 2012, likely due to farmers taking note of good prices in 2011. Farmers are also seeing the value of inserting soybeans into canola-wheat rotations to help protect and nurture canola and wheat yields. The ability of soybeans to fix nitrogen, along with their tolerance for wet soils, low cost of production – and low incidence of weed and disease issues so far – also makes them attractive in Manitoba, but soybean cultivation has increased in other soybean-growing provinces as well. From 2009 to 2012, Quebec’s hectares grew from 242,000 to 292,000, Ontario’s from 971,200 to 1,072,400 and P.E.I.’s from 14,200 to 22,300 hectares. It’s estimated that between 30,000 to 40,000 hectares of soybeans are currently grown in Saskatchewan, with varying estimates for some acreage in Alberta.

Early-maturing soybean varieties have made it possible to grow the crop beyond the traditional Red River Valley region of Manitoba, in northern and western areas such as northern Interlake, Fisher Branch-Arborg and Dauphin-Ste. Rose. “Almost all soybeans grown in Manitoba, about 96 per cent, are conventionally grown (GM) and mostly go to the crush market,” says MacKellar. “IP [identity-preserved] soybean cultivation is a small percentage of the total because IP varieties don’t tend to do as well with the province’s shorter growing season.”

Ontario and Quebec have a little longer growing season, so a larger percentage of IP beans are grown there. “However, a few Manitoba farmers have experimented and have had good success with IP soybeans,” says MacKellar.

Researchers at the University of Saskatchewan are currently doing soybean variety trials in that province. In addition, Alberta Agriculture and Rural Development personnel are conducting trials there this year for the first time (and there has been private testing for almost a decade).

In addition to early maturation, another important soybean trait being closely examined for the Prairies is daylight length sensitivity. Soybeans need a specific amount of light energy per day before the plants turn from vegetative growth to flowering/pod set. Varieties bred for use in Eastern Canada are also suited for more acidic soils, and they can be prone to iron deficiency chlorosis in basic soils. This condition results in yellowing and poor growth six to eight weeks after planting.

Exports increasing
Soybeans are a very important export item for Canada and becoming more so year after year. They were the fourth largest Canadian agri-food export in 2012, with a sales value of over $2 billion. Over the period of 2008 and 2012, soybean export volume increased by a whopping 90 per cent, according to Ken Hester, a sector specialist with Agriculture and Agri-food Canada (AAFC), who has recently done some calculations using data from Statistics Canada. Canadian farmers export anywhere from 50 and 70 per cent of total soybean production on a yearly basis these days, and that percentage is increasing.

Hester’s analysis shows that Asia now represents Canada’s largest soybean export market, totalling about 43 per cent by volume in 2012. There has been a dramatic jump in exports to Asia – about 97 per cent between 2008 and 2012, with most of the increase taking place between 2011 and 2012. Hester notes that in 2012, China became Canada’s largest single soybean export market, receiving about 24 per cent of total exports by volume, with the Netherlands (a country that used to hold top spot) at 17 per cent, and Japan at 11 per cent.

Hester also looked at the value of export markets on a price received per metric tonnes (pmt) basis, and found that Asian markets clearly provide higher value. “Asian countries provide an average of $634.67 pmt – $683.04 if you exclude China – with Japan, South Korea, Thailand and Taiwan all above $700 pmt,” he says. “That’s significantly higher than to the U.S. at $567.83, the EU at $586.25 and Middle East/North African markets at $571.42.” Hester believes this is likely due to higher-value products such as non-GM IP food grade soybeans being a larger portion of total exports in Asia.

According to the CSC, in 2011 Manitoba produced on average 435,400 metric tonnes (MT) of soybeans, almost all for crushing. Of this, just over 355,000 MT was exported. About 47 per cent of that amount went to the U.S. (mostly to North Dakota) and 29 per cent to China. Dollar amounts for 2012 are provided by Brad Havixbeck, a senior agribusiness manager at Manitoba’s Ministry of Entrepreneurship, Training and Trade. He says last year, Manitoba exported approximately $190.7 million worth of soybeans, with about $100 million of that to the U.S., nearly $90 million to China, with remainder to Japan, Panama, Spain, Vietnam, Trinidad and Tobago, and Lebanon.

“In 2009, Manitoba did not ship any soybeans to China, so you can see how fast the growth in exports to China has been,” notes Havixbeck. In 2012, Manitoba also exported about $140,000 of meal/flour, which all went to the U.S.

Havixbeck says his agency has held some discussions with Japanese representatives about the potential for Manitoba soybeans to be used in their market for products such as tofu, miso, soy sauce and soy beverages. But, he adds, “their comments were that our protein levels are too low for these premium products when compared to protein levels from the U.S. or Ontario.”

A document on the soybean sector produced by Manitoba Agriculture, Food and Rural Initiatives addresses 2013 Manitoba soybean exports: “Production and supply in Canada is forecast to decrease slightly. However, higher imports will partly offset the impact of lower carry-in stocks. Exports are forecast to decline only marginally in the face of solid world demand for conventional-crush and food-grade soybeans. Total domestic use is forecast to rise slightly on a steady crush pace supported by stable crush margins.”

Which soybean export markets will grow for Canada over others comes down to the interaction between factors such as quality standards, IP demand and total value proposition, notes Dave Buttenham, secretary-manager at the Canadian Soybean Exporters’ Association (CSEA).

Hester believes demand for specialty production such as non-GM soybeans will continue to remain strong in Europe and Asia. He says Japan continues to be one of Canada’s primary markets for specialty products because of the efforts Canada has made over the years to grow that market, tailoring soybeans that meet the specific needs and quality characteristics of different end-users. “The EU countries, like many other markets, are increasingly looking to sources such as Canada that can meet their quality, safety and traceability needs.”

According to Hester, Canada should continue to take advantage of its strategy of product differentiation that has developed through significant investments made over the past 30 years in research capabilities, production practices, and grain handling and processing infrastructure. “It’s important that Canada continues to maintain and build relationships with key export markets,” he says. “As our soybean exports grow, it’s also important to continue to undertake market development programs, building on the Canadian brand for quality and reliability.”

The CSC continues to conduct several market development activities each year in partnership with CSEA, AAFC and various countries’ trade commissioners. Countries are targeted for invitations to send delegations here, or for visitation, based on things like export trends. “Japan is a must for a visit each year as Japan is Canada’s largest market for food-grade soybeans,” says MacKellar. “It’s critical to maintain relationships that have taken several years to develop.”

The CSC also closely watches what is happening in various global markets and on production trends in competing countries. According to Soy Stats, produced by the American Soybean Association, in 2011 Brazil led world soybean exports at 37.8 MT, with the U.S. following at 34.7, Argentina 8.9, Paraguay 5.0 and Canada 2.9. In 2010, the U.S. led with 43.3 MT exported, with Brazil at 32.5, Argentina 11, Paraguay 5.6 and Canada 2.8.

Havixbeck says greater soybean production in Manitoba ultimately means more exports, unless there is a large crush facility built in the province (there are two smaller ones), or unless an existing canola facility is expanded to include soybeans. 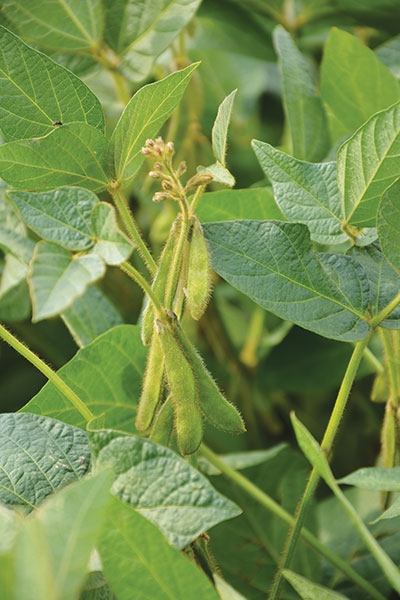