March 15, 2105 - Ontario mushroom growers can substitute switchgrass for wheat straw when they’re growing their crops without impacting yield or quality, while also reducing their production costs.

That’s the outcome of a research project led by Mushrooms Canada and funded through the Ontario Farm Innovation Program (OFIP).

“Ontario’s mushroom growers have encountered the perfect storm regarding raw materials for the production of mushroom growing medium, known as mushroom substrate, so identifying substitutes for the traditional ingredients has become a high priority,” explains Ryan Koeslag, Executive Vice President of Mushrooms Canada.

“Since 2012, wheat straw has become scarce because farmers are growing less wheat and using varieties with shorter stems resulting less straw. Poultry litter is increasingly being used as fertilizer, and stable bedding is in short supply because the horse-racing industry has been declining,” Koeslag adds.

Switchgrass, a native perennial grass, was identified as a potential wheat straw substitute for mushroom growers, and a series of field trials were conducted in the fall of 2014 using concentrations of 15, 30 and 40 per cent switchgrass in the substrate.

At 40 per cent switchgrass, mushroom production ranged from 91 to 120 per cent of the amount of production using only wheat straw, and the production of all switchgrass crops fell within the normal range of wheat grass crops, the research showed.

As well, no distinguishable difference in quality was found between mushrooms grown in switchgrass and those grown in wheat straw substrate.

“Based on the observations during the study, we’ve found that replacing up to 40 per cent of wheat straw in the mushroom substrate with switchgrass has no impact on the quantity or quality of mushrooms harvested,” says Koeslag. “This opens up new opportunities for our growers, as well as possible new markets for Ontario farmers who are growing switchgrass, creating a potential win-win on both sides.”

Once established and properly maintained, switchgrass will reach its maximum production level by the third growing season and remain productive for an indefinite period. The crop is cut in the fall and either wrapped into bales right away or left in the field over the winter and baled in the spring.

Ontario accounts for 50 per cent of Canada’s annual 91,000 tonne mushroom production, and national consumption sits at approximately 1.6 kilograms per person per year. 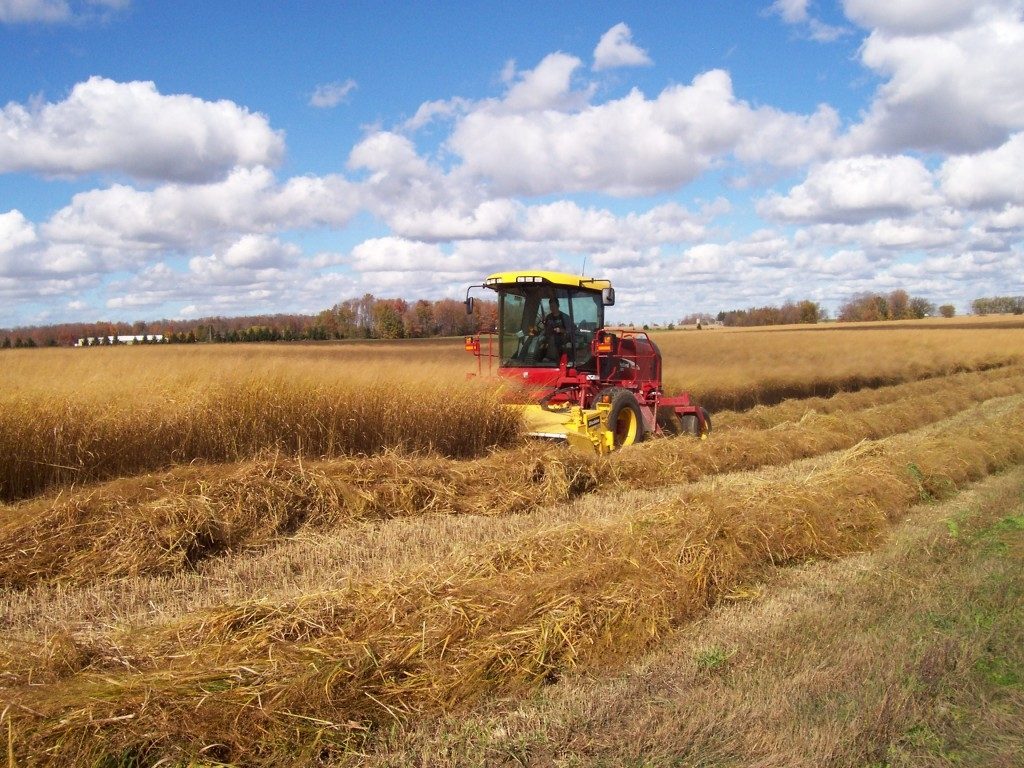