Sulphur (S) is a macronutrient required by all crops and is the fourth number on a fertilizer legal analysis. For example, granular ammonium sulfate has a legal analysis of 21-0-0-24, the 24 indicating 24 per cent total S.

Crops use a considerable amount of S and this is why it is called a macronutrient. Small grain cereals do well with a tissue concentration of about 0.2 per cent S, while an oilseed crop such as canola needs a tissue concentration of 0.5 per cent S. A 50 bu/ac wheat crop or canola crop takes up about 11 and 27 lb. S/ac respectively, with about 6 and 16 lb. S/ac removed respectively with the harvested grain.

Several factors are behind the increased need for S fertilization. In many soils, the main source of S is its mineralization from soil organic matter. As most Northern Great Plains (NGP) soils have seen 100 to 150 years of grain crop harvests, crop removal has gradually removed S, leaving less S in soil organic matter. Monoammonium phosphate (MAP) – one of the first fertilizers used by farmers in the NGP – has seen a change from its original analysis of 11-48-0 as a result of evolving fertilizer production methods. The analysis of MAP is now commonly 11-52-0 and the S content has fallen from about five per cent to less than one per cent. Also, considerable S deposition on land as “acid rain” from SO2 air pollution, primarily from the burning of fossil fuels, has been mitigated, and aerial deposition of S per area of farmland is now much less than from crop removal.

Sulphur is a vital component of some proteins needed for plant, animal and human growth. These proteins are formed using S-containing amino acids such as cysteine, cystine and methionine. If a plant lacks S, the production of necessary proteins will be restricted, and growth and yield potential will be reduced. If S availability is only moderately low, there may not be a noticeable reduction in yield, but protein quality will suffer. A good example is in high-protein spring wheat grown for use in bread production. A portion of a wheat field only moderately low in plant available S may yield as well as the portion of the field where supplemental S fertilizer is applied. However, the bread making quality of the flour from wheat receiving S fertilizer is much superior. This principle of enhanced protein quality also applies to feed grains and forages fertilized with S and fed to livestock.

It is useful to test for S availability when doing routine soil sampling and analysis, and also to take plant samples to analyze for and assess the S status of crops. If either the soil test or plant analysis results show low to marginal levels of S, there could be significant benefits to adding S in a blend with the regular N, P and K fertilizers applied.

Post-planting S applications can help rescue an S-deficient crop. If a severe S deficiency is diagnosed early enough in the growth cycle of a crop, it is possible to top-dress the crop with S fertilizer and correct the S deficiency. It is advised to apply a sulfate containing fertilizer, such as granular ammonium sulfate, or liquid ammonium thiosulfate while deficient crops are in the vegetative stage prior to stem elongation and flowering. 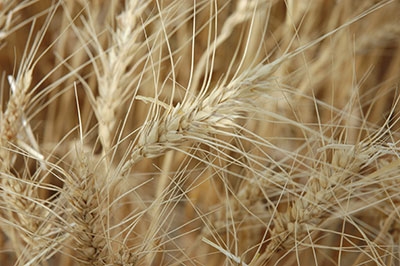 Adequate S fertility will help ensure high-protein wheat. Sulphur (S) is a macronutrient required by all crops and is the fourth number on a fertilizer legal analysis.