Transfer is not an event, it is a process. 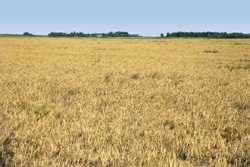 There is, and correctly so, quite an emphasis placed on the importance of getting
your 'succession' plans in place. And there is a lot of discussion within the
industry, trying to understand why more farmers are not actively working on
this important issue within their farm businesses.

I am going to use this article to present some of my thoughts on succession
planning. I will use a farm family that I had the opportunity to work with in
this area as an example to illustrate.

Within the industry, I think that we have the 'succession planning thing' mixed
up. Firstly, depending on the farm and family situation, succession planning
can be thought of in two different ways. One, the situation where the farm is
being sold to someone other than family. In this situation, there is no real
succession. The other situation is where the farm is being transferred within
the family, to the next generation. This is the one that I think causes people
the most grief and the one which I am going to focus on.

The farm family I am using as an example is pretty typical, I think. It is
a relatively large farm and very successful: progressive and well managed. Incorporated
with Mom and Dad as the common shareholders, it is a family farm in the truest
sense: an eldest son and two younger daughters, one of which is in post-secondary
school and the other in Grade 11. The son wants to farm and has completed post-secondary
education. The farm has expanded recently, acquiring additional land, in anticipation
of the son's return. The farm generates good levels of profit from year to year.
It is fairly leveraged, carrying a pretty good debt load.

Mom and Dad had decided that they needed to get their 'succession plan' in
place. They started by doing some research. They talked to their accountant,
their lawyer and an investment advisor. They collected a lot of great information
and developed a really good understanding of the tax, legal and investment issues
that needed to be addressed.

But they still did not feel comfortable with where things were. And herein
lies the problem and where 'succession planning' is mixed up. Certainly, the
tax and legal issues need to be resolved in a manner most suitable to the family.
But from a family and farm perspective, the single most important element is
the transfer of ownership and management. And this is not an event. It is a
process… a process that should be started years and years in advance, a process
that never actually ends. When a farm is transitioned to the next generation,
the process starts again.

I encouraged the family to think of their situation in terms of a long-term
strategy. So rather than working on a 'succession' plan, the family began working
on a plan that would ultimately result in the farm being 'transitioned' to the
next generation. Here are some of the key steps that the family worked through
in planning for the transition to the next generation.

The farm today and in the future
The family spent two or three meetings, discussing where the farm was at 'today'
and what it might look like in five or 10 years. They looked at the financial
health of the business. They looked at the actual business they were in and
discussed different, potential options. They included all family members in
the discussions. In the end, they had created a vision for what they wanted
the farm to be in the future. And it included a transition of ownership and
management to the next generation.

The current situation
As part of the planning process, the family spent two meetings looking at four
important areas: their strengths (both personal and business), their weaknesses,
opportunities for the business and potential threats. This information is invaluable
when the time comes to put plans into action!

The key issues
All farms, in fact all businesses, have issues that need to be identified and
addressed. Failing to do so will significantly and negatively impact on successful
outcomes. The family identified two key issues. One of which was financial performance
and another was the successful transition of the farm to the next generation.
In other words, the family decided that in the next five years, the key issues
that they needed to address to be successful were to improve financial performance
and to transition the ownership and management of the farm.

The indicators
One of the traps that families fall into when it comes to transition planning
is that of getting caught up in the urgency of day-to-day operations. Time passes
quickly. Establishing and monitoring some key indicators helps to keep plans
on track. Without setting indicators or targets, it is difficult to measure
progress and success. The family set down some key financial indicators that
they wanted to use as a way to gauge progress. As well, they established some
'non-financial' indicators that they wanted to use to test for individual commitment
and family harmony.

The road map
It took three or four more meetings for the family to work through the details
of the action items required to address the key issues and to ensure that nothing
'fell through the cracks'. Detail is almost critically important, as missed
action items can potentially have huge implications.

It is in this area that the family applied what they had learned from their
accountant, lawyer and investment advisor. They listed, in detail and in order,
the steps each of their professional advisors had told them were required to
be completed as part of the transition process.

The outcome? The family finished working through the planning process and are
now implementing their plan. They will tell you that the process they followed
seemed to make better sense. But what process? What is a succession planning
process? A transition planning process? Not really. It is a process followed
by businesses, large and small, all over the world. A strategic planning process.
And herein lies the problem.

Transition planning is really just part of a longer-term or strategic farm
plan that includes a transition of ownership and management to the next generation.
It should not be treated as an event or 'one-off' plan.

Terry Betker is with Meyers Norris Penny's Best Practice Group
based in Manitoba. A recent study conducted in western Canada on the management
practices of leading farmers by the Best Practice Group found that 55.3
percent have a written vision for their farm and that 84.2 percent identify
goals as part of their strategic planning process. 36.8 percent indicated
that they have a written succession plan. You can complete the Best Practice
Group management self-assessment on-line at www.leadingfarmers.com Look
for the third installment in this risk management series in the next issue
of Top Crop Manager.


Related
The state of succession planning across Canada
Who drives to town?
Welcome to Succession Planning Week!
Retirement planning