October 25, 2019
By Sponsored by Corteva Agriscience

Corn silage is an important crop with great potential for producers in Western Canada. But like any crop, it comes with challenges, and for Western Canadian corn silage producers, 2019 was a particularly rough year.

“Things started later than normal in lots of areas, and it was very dry, which slowed down some of the early season growth,” explains Nicole Rasmussen, Corteva Agriscience area agronomist with the Pioneer brand, based in southern Alberta. Rasmussen says the summer warmed up, but because silage corn makes use of a full growing season, many crops weren’t able to progress like normal – at least not like they have in the last several years – due to cloudy, rainy days and cooler nights in many areas. And in some areas, an early snowfall provided an abrupt end to the season. 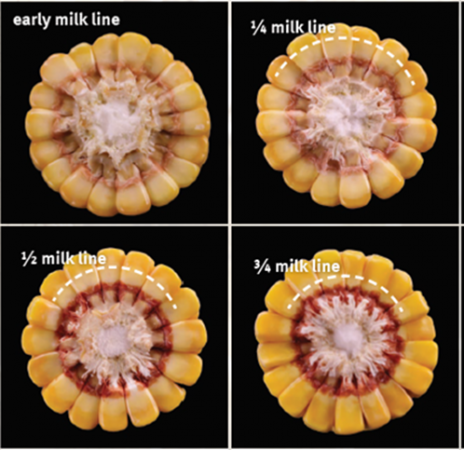 Saskatchewan producers experienced less-than-ideal conditions in 2019 too, according to Bree Kelln, a PhD candidate at the University of Saskatchewan and a partner with BeefSmart Consulting. “There was so much drought in the early spring that delayed growth, and we’re generally seeing delayed harvest across the province.”

Planning ahead
With unpredictable weather events a factor from year to year, Rasmussen says growers need to be realistic when choosing hybrids that are going to perform well in the region they will be grown.

“Corn hybrids respond very different by geography,” she says. “Be sure that you’re growing a product that you know will perform and finish well in your area.”

To help with decision-making, it’s important to understand the science behind the seed. Corn hybrids in Canada are rated for maturity using different methods, including the Corn Heat Unit (CHU) system, which indicates the number of accumulated thermal units from planting to grain maturity. CHU zones in Canada are determined according to data from long-term weather patterns and growing seasons. Hybrids used for silage typically have grain maturity ratings between 100 and 200 CHUs less than hybrids used for grain, according to Karen Beauchemin, a research scientist at Agriculture and Agri-Food Canada in Lethbridge, Alta., and silage corn is harvested at lower dry matter content before the grain is fully mature.

“We know that the ear [on the corn plant] is 50 to 60 per cent of the total tonnage that will be harvested,” she adds. “From a silage perspective, producers need to recognize that choosing a product that fits your area is important so you’ll know it’s going to put the ear to give you the tons you need.”

Kelln and Rasmussen both agree that Western Canadian corn producers don’t get the luxury of time that others have, so making the most of the time you have is critical, from planting to harvesting.

“Be as prepared as possible to plant as soon as conditions are ready to go,” Rasmussen advises.

“With corn silage, make sure your row spacing and plant populations are where they need to be for your area,” Kelln adds, adding a soil temperature of at least 10 C is needed for planting, and proper placement of seed in the soil at the right depth to hit moisture – at least two inches deep – is important.

Moving through the season, European corn borer and Goss’s wilt can be issues among corn crops, so Kelln advises planting a hybrid with resistance bred into it. She adds that proper weed control cannot be stressed enough, and advises using a pre-seed burnoff product that will provide some residual control, or budget for two in-crop herbicide applications.

As harvest approaches, time is of the essence. Bearing in mind that the quality and weight comes mainly from the ear, Kelln says checking the ear to determine when it’s at roughly a half milk line is a good way to determine if the plant is mature enough to be harvested. “The plant is going to produce starch and the starch will fill the kernels from the outside and move inward toward the core. When the starch is about halfway down the kernel, we call it a half milk line. It’s a visual indicator that the plant is close to the right time for silage timing,” she says. At this point, the producer should test the whole plant moisture to determine if it is ready to silage.

Beauchemin stresses the importance of proper timing. “This is going to be forage for your [animals] for the rest of the year, so you really need to get it to the right maturity at harvest,” she says. “If everything was perfect, optimum dry matter content would be 32 per cent [i.e. 68 per cent moisture].”

Ensiling when the crop is too wet – or too dry – creates myriad challenge. “There can be lots of seepage, which equates to a loss of nutrients and the possibility of moulds and mycotoxins,” Beauchemin says. “And when the silage is too dry, it’s hard to pack properly, which means there will be dry matter loss in the silo and spoilage on the surface.”

Looking ahead
Coming off a tough year, it’s important to speak to an agronomist or seed dealer about choosing corn hybrids that will work best next year.

Further, she advises researching how each company determines heat units for their hybrids: “Every company is different,” she says, noting that one 2,100 CHU product could look very different from the next.

“Be honest with yourself about what’s a safe maturity for you to grow. You may need to reset yourself to something a little earlier to ensure you get the quality and the yield you need,” Rasmussen says. “That’s the reason you grow corn.”