As tar spot continues to spread in Ontario, keep checking for agronomic updates. 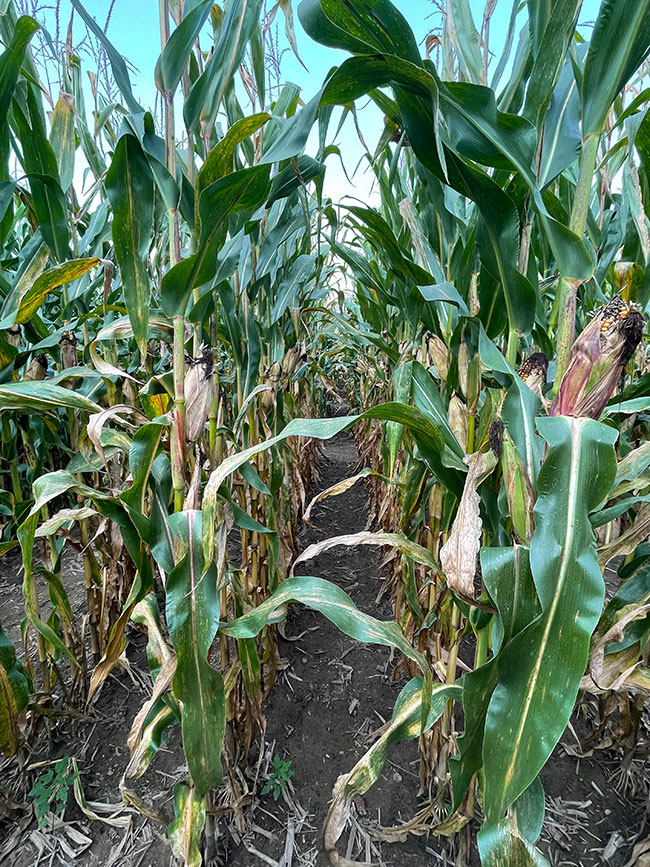 Tar spot has been in Ontario since 2020 – not long at all, but long enough for a network of plant pathologists to get the word out about the disease and its effects on corn.

Caused by the fungus Phyllachora maydis, tar spot can be identified by raised black spots, spore-producing structures called stroma, on leaf tissue. The disease spreads via infected plant matter or wind-borne spores; it can overwinter on stubble.

Environmental conditions in 2021 were perfect for the disease in the United States and Ontario. “We saw more tar spot in 2021 than I expected,” says Albert Tenuta, field crop pathologist for the Ontario Ministry of Agriculture, Food and Rural Affairs (OMAFRA). “We saw it from Essex all the way to Wellington, Norfolk and Niagara. The southwest portion of the province had significant tar spot.”

The opposite was thankfully true in 2022: Tenuta says that, with the amount of inoculum going into the growing season, pathologists expected to see even more tar spot this year. But although tar spot was detected in many of the same regions as in 2021, environmental conditions were so different – hot and dry in June and July – that its impact will be minimal. That won’t always be the case. But Tenuta and his colleagues in Canada and across the border are developing a body of research to help producers mitigate the effects of tar spot.

This summer, they published the first results from a study conducted in 2021 across four states – Illinois, Indiana, Michigan and Wisconsin – and Ontario. The study evaluated a range of foliar fungicide products for their effectiveness against tar spot.

All nine products evaluated resulted in some level of protection against tar spot, versus an untreated check. But three products – Revytek (Mefentrifluconazole/Fluxapyroxad/Pyraclostrobin), Delaro Complete (Prothioconazole/Trifloxystrobin/Fluopyram) and Veltyma (Mefentrifluconazole/Pyraclostrobin) – resulted in significantly higher yields than the check.

“Our results are consistent with recently published data showing that, under low to moderate tar spot epidemics, fungicides can significantly reduce tar spot severity and offer yield protection,” the authors of the study conclude.

At the time of writing, Delaro Complete and Veltyma are registered for tar spot control and Miravis Neo for tar spot suppression in Canada, but Tenuta encourages producers to always double-check which products are available with their local crop protection provider. 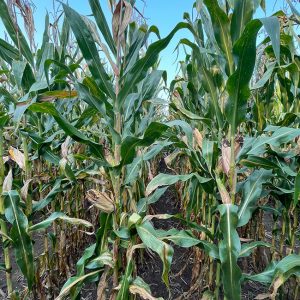 2: Pre-tassel applications (7 to 12 leaf) did not reduce visual symptoms of tar spot compared to the non-sprayed check, and plants are prematurely shut down, which is expected since product wouldn’t be available when needed. All photos courtesy of Albert Tenuta. 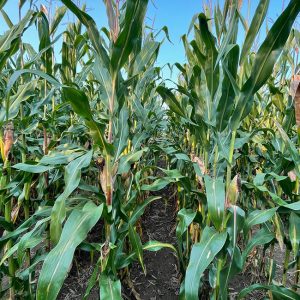 3: The VT/R1 application provided good control for those fungicides which have demonstrated good tar spot control, but some late tar spot is present. 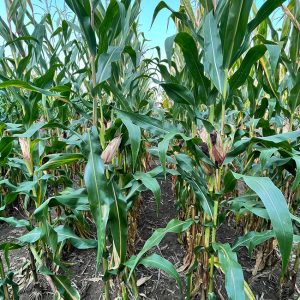 Application timing
Tenuta says the most important takeaway for producers is to be aware of the disease and its signs – as well as its regional spread.

“Scouting and being aware of tar spot from a regional perspective is critically important,” he says.

The Corn ipmPIPE website hosts a real-time monitoring system on tar spot and other corn diseases.

But Tenuta notes the VT/R1 application offers the most consistent and effective application timing for a range of diseases for Ontario corn producers. “When we look at other issues, such as Gibberella ear rot and DON, which we’re seeing more of in 2022 than we’ve seen in a couple of years, in certain areas that had more rainfall, it’s hard for corn farmers in Ontario to deviate from that VT/R1 [timing],” he says. “Ear moulds and DON have a significant impact not only on corn yields but corn marketing and distribution, as was seen in 2018. We need to consider our other issues, not just tar spot.”

Tenuta says the cross-border study highlights the power of collaboration in controlling the spread and management of plant diseases.

“Working on a regional tar spot management program has benefited us substantially,” he adds. “We are able to get information out to producers quickly, develop effective tar spot management strategies through research, as well as a better understanding of tar spot biology and factors which make it thrive.”

Tar spot resources
Producers have a range of resources at their disposal for tracking the spread of tar spot and scouting and managing the disease, says Albert Tenuta, OMAFRA field crop pathologist.

Crop Protection Network: The cross-border network offers tools and techniques to manage a range of diseases in the U.S. and Canada, including tar spot, at cropprotectionnetwork.org.

OMAFRA: The ministry website hosts a tar spot fact sheet and links to resources, including a tar spot reporting link.

Ontario Agricultural Conference: Updated information on tar spot trials will be presented at the 2023 event on Jan. 4-5.