Staying ahead of pests is key to high yield and good quality in every crop. In corn, however, Ontario producers are forced to do much of their pest management by guess, since little scientific research exists on the lifecycles, specific species, or geographic dispersion of many of corn’s most damaging early season pests. Until now.

In 2014, researchers from the University of Guelph started an ambitious, four year corn pest survey project designed to determine where, when and what to expect in early season corn pests.

“We don’t have pest forecasting maps for most of the early season insect pests in Ontario. There are some models that attempt to predict the overwintering success of certain pests such as corn flea beetles or bean leaf beetles, but nothing currently exists for pests like grubs or wireworms. Growers can sometimes be caught off guard with a pest problem, or in some cases, insecticidal control can be applied unnecessarily,” says lead researcher Jocelyn Smith, a field crop pest management research associate at the University of Guelph’s Ridgetown campus. “Our hope is to give producers some of the information they need to make good pest management decisions.”

The project’s goal is to identify risk factors around various early season corn pests, based on identifying geographic regions that are more prone to each type of pest, and analyzing agronomic risk factors. In addition, researchers hope the yield data from the trials will provide better information on the economics of neonicotinoid seed treatments.

The scale of the project is impressive: Smith and her team studied 75 grower planted fields as well as 25 sites planted in conjunction with the Ontario Corn Committee Trials. In all cases, the trials consisted of side-by-side, minimum three repetition strips treated either with fungicide or a neonicotinoid seed treatment.

“Our goal is to get to a place where we can use more prescriptive application of neonicotinoids, which is a hot topic right now,” says Smith.

Once corn crops came out of the ground this past year, Smith and a large crew of summer students surveyed the many strip trials for early season pests. They began by putting out wireworm bait traps early in the season. They then returned at the V1-2 and V4-5 crop stages to do destructive sampling, looking carefully at each plant in a square meter for any injury above and below the ground, and sifting the soil for any pests.

“We were looking for wireworms specifically, because we don’t have a good handle on what species of wireworms exist around the province. But we were also looking for white grub species, and any other pests we could find,” says Smith.

To further analyze the agronomic and geographic factors that might affect pest dispersal, the researchers also collected cropping history from each producer, plus soil samples to analyze soil texture class.
“It is an unusual research project – a huge project - with more of a survey objective than most projects,” she admits. “But the results we hope to achieve will be incredibly useful to producers.”
Over the next three years, the team plans to follow crop rotation cycles in the same fields.
“Some of the pests we are surveying for have multiple year lifecycles. We want to follow the growers’ fields throughout their crop rotation over the next three years to analyze pest presence and see which risk factors influence pest incidence,” says Smith.

For the purposes of this project, the research team is more interested in pest presence rather than abundance.

“Once we identify hot spot areas and can make growers aware of the risk, they’ll have helpful information as to when and what to scout for,” says Smith. “This project was driven by producers – it sprang from requests by the members of the Ontario Soil and Crop Improvement Association – and it is extremely applicable to producers.

“Growers typically have some idea of where they have risky areas on their farm for pests, and what pests they usually see. But, it’s often hard to step back and look at pest issues on a larger scale, to figure out where the pests are on a regional basis and what is contributing to them,” she adds.

Not only does a project like this give important information to producers, but from a research perspective it leads to many other questions. “For example, once we know what wireworm species we have, it might direct other research about management,” says Smith. 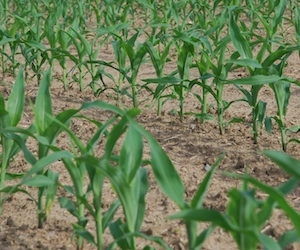 Staying ahead of pests is key to high yield and good quality in every crop. In corn